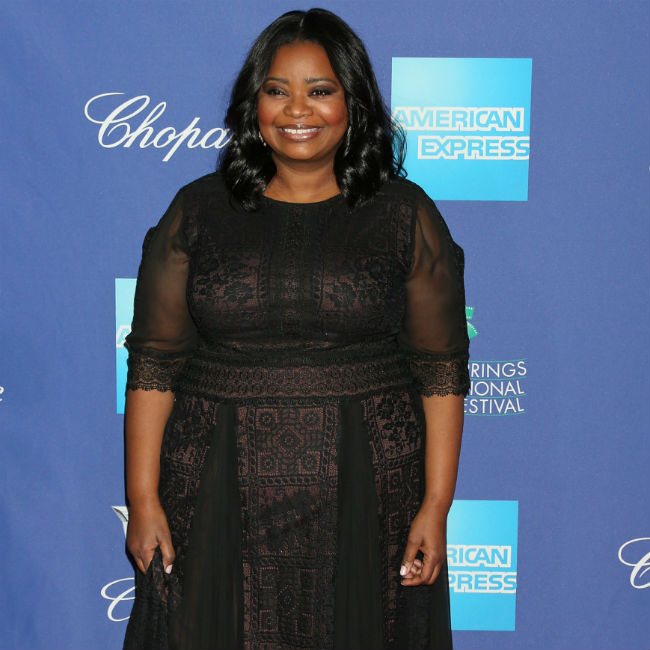 The 50-year-old actress has revealed her “heart dropped” on Thursday, April 1, 2021, when she received a text message from her friend and fellow actress asking her if she  “meant to post nudes” on her Instagram Story, before realizing it was a prank.

Spencer posted a screenshot of her text message conversation with Henson, where the Night School star had sent a message which read: “Did you mean to post nudes on your story?”

Henson then left several spaces in her message before adding: “April Fools! Just kidding, in case your heart dropped!”

In the caption, the Self Made star admitted she “nearly fainted” when she received the text. 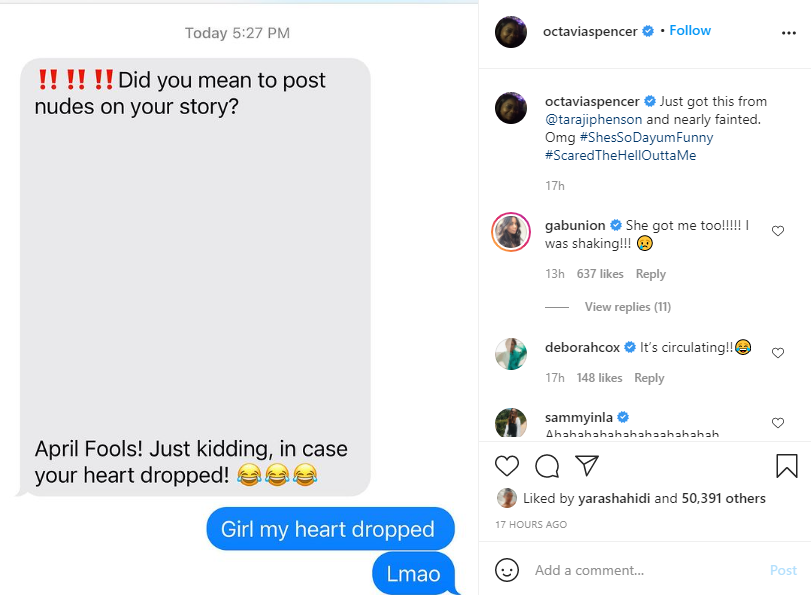 Meanwhile, Spencer revealed she “cried” when Keanu Reeves wished her a happy birthday when she turned 50 in May last year.

The actress’s birthday plans were scuppered by the coronavirus pandemic, but instead she received special, star-studded tribute videos from close friends and past co-stars, including one message from Keanu Reeves which moved her to tears because she was so “surprised.”

She said: “Chris Evans is a dear friend. Katy Perry is a dear friend. Then Keanu Reeves, you know like, surprised me. Of course, I started crying like a baby, like, ‘Keanu!’ It was so fabulous. He’s somebody I like and my friends know that and it was like the sweetest thing.”

The Hidden Figures star previously revealed Reeves was one of the first people she met when she moved from Alabama to Los Angeles to pursue acting.

She said in 2014: “I had an audition and my car broke down and no one would help me because my car was so dirty until Keanu Reeves. He was on a motorcycle and had his little motorcycle helmet and sunglasses and was like, ‘Hey, you need some help?’ And I kid you not, I was gonna have him get in and I was gonna push it and he was like, ‘No no I’m gonna push you.’ And I’m thinking, ‘Oh he’s gonna touch my car!’ ”

And because the John Wick star was so helpful, Spencer now goes to all of Reeves’ movies “every opening weekend because that was a sweet thing to do.”