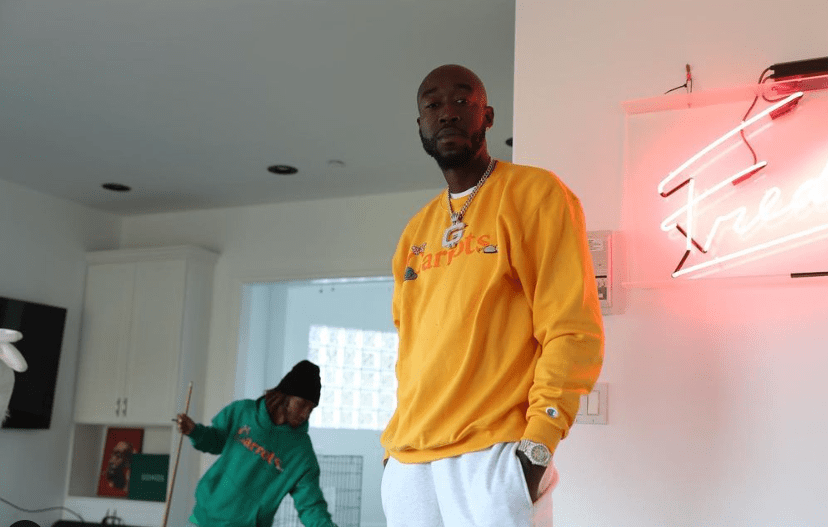 Grammy-nominated rap artist Freddie Gibbs will make his acting debut in the upcoming feature film Down with the King. The independent film was written by Diego Ongaro and produced by Breaker Studios and is currently shopping for a home and is scheduled to hit a few film festivals this year as well.

Gibbs will play a rapper named Mercury Maxwell in Down With the King, which tells the story of a successful hip-hop artist who performs under the stage name Money Merc. Maxwell is at the height of his music career when his manager sends him out to remote farmland to develop and record his next album.

While there, Money Merc becomes friends with a farmer and finds himself more immersed in working the land than recording his album and makes the drastic decision to retire from the music business and focus on a new passion and simpler life, instead. Despite his mind being made up, the rapper’s manager is determined to get Merc back in the music game.

“Many films that feature the hip-hop community tell underdog ‘success stories,’ whereas Down with the King does the contrary,” Ongaro told Complex. “Mercury is at the top of the hip-hop world but desperately seeks a simpler life … Freddie Gibbs and I worked intimately together to craft Mercury’s character and backstory; some of it pulled from Freddie’s experiences and values, much of it invented. It was an absolute thrill working with someone as sharp and multi-talented as Freddie in this collaborative way.”

The Gary, Indiana-bred rapper just released his latest video “Big Boss Rabbit” this weekend as well. The track samples Nas’ previous banger “You’re Da Man” produced by Large Professor and is the first follow-up since his 2020 release Alfredo with producer The Alchemist. The Grammy-nominated project actually lost out to Nas’ King’s Disease last month for Best Rap Album at the Grammy Awards.