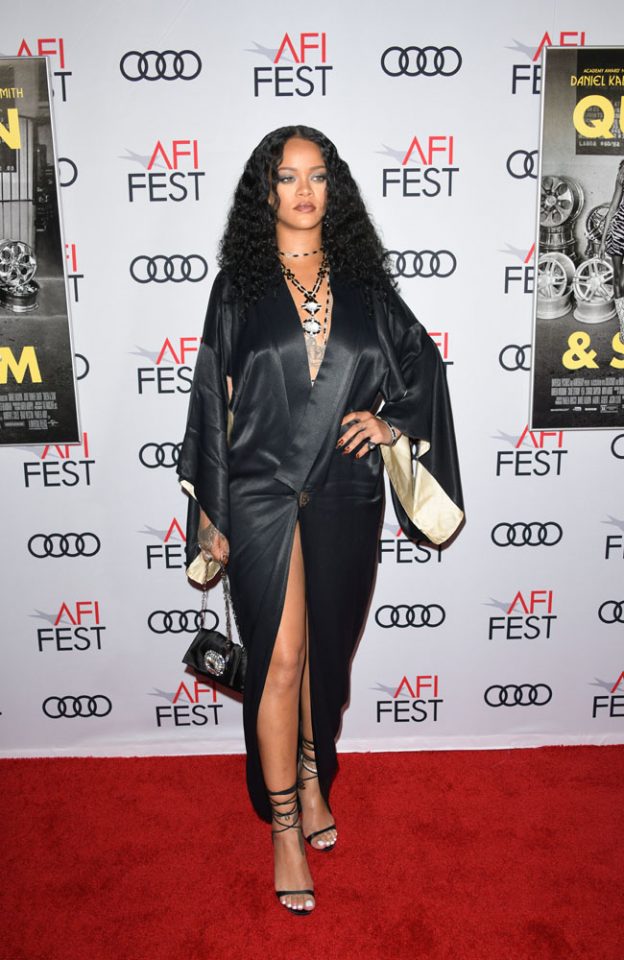 Rihanna has emerged as one of the preeminent voices in America since the advent of the pandemic.

Since the country shut down just over a year ago, the 33-year-old “Umbrella” singer has donated millions toward buying needed supplies and addressing food insecurities, and she also has spoken out frequently against police brutality and racial injustice.

Rihanna attended a #StopAsianHate march and rally in New York on Monday, April 5, 2021, where she was able to march comfortably in anonymity as her face was completely obscured by a black hat, large black sunglasses and a black mask.

At the end of the march, as participants gathered for the rally, Rihanna’s identity was confirmed when she gave a shocked young man her Instagram page.

.@rihanna at the #StopAsianHate   protest.

RiRi’s assistant, Tina Truong, posted photos and videos on her Instagram live showing the two of them making signs and marching through the streets of the Big Apple. Rihanna held a lime green placard that read “HATE = RACISM AGAINST GOD!” 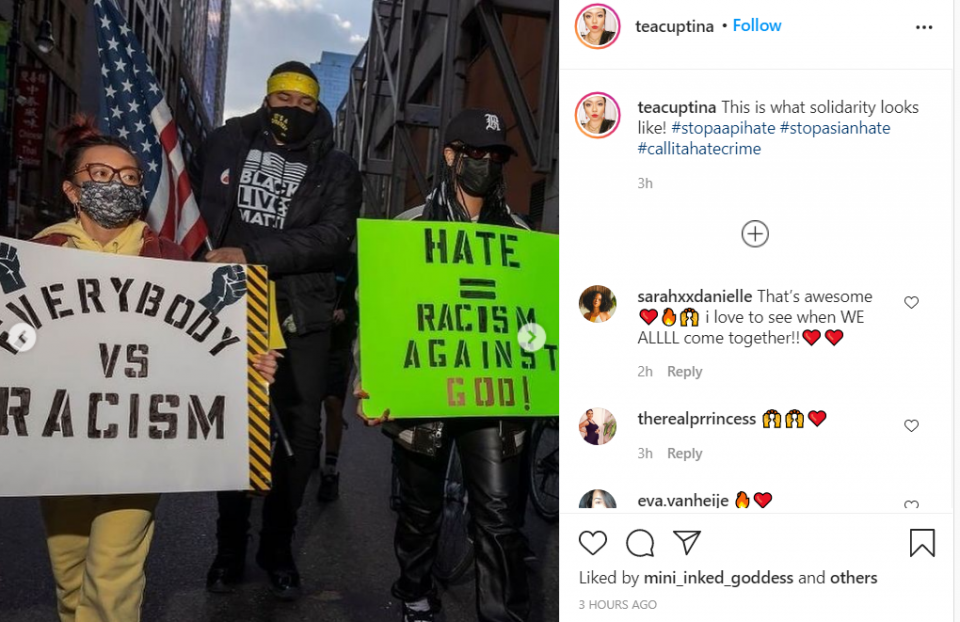 “What happened yesterday in Atlanta was brutal, tragic, and is certainly not an isolated incident by any means,” Rihanna penned on Twitter. “AAPI hate has been rampantly perpetuated and it’s disgusting! I’m heartbroken for the Asian community and my heart is with the loved ones of those we lost yesterday. The hate must stop. #ProtectAAPILives”