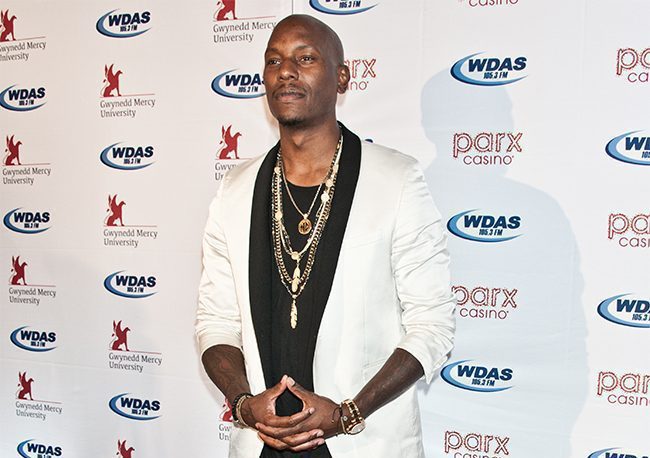 Tyrese should be accustomed to getting roasted on social media at this point in his life.

The Fast & Furious actor and singer blasted his own mother during a blockbuster Verzuz battle on Sunday night, April 4, 2021, sparking all types of Twitter hilarity and contemptuous teasing aimed at Tyrese.

The Isley Brothers and Earth, Wind & Fire were belting out their unforgettable classics when Tyrese suddenly pulled up on Instagram and provided some personal commentary no one asked for or appreciated.

Tyrese slid into the comment section and burst out: “Hate that my mother used to drink everyday (sic) — but SHE’s the reason I know REAL MUSIC!”

IG and Twitter took off after the 42-year-old “How You Gonna Act Like That” crooner on why he continues to, well, act like that in the public sphere.

“Tyrese in the comments is sending me,” wrote one Twitter user. “Tyrese using Verzuz as a free therapy session,” wrote another.

how do we cancel Tyrese’s account?? enough is enough https://t.co/hVY1FxU31S

Tyrese listening to music while mom was drunk: pic.twitter.com/BDYRt5Loqr

We gotta get Tyrese the help he needs pic.twitter.com/xLhyuDlyhE

I shouldn’t be laughing this hard. Tyrese gon’ Tyrese. https://t.co/5FfxE4iK8u

Tyrese is that cousin you gotta warn everybody about when you bring him around. Y’all know the one 😂 ##Verzuz pic.twitter.com/53bcIVnmEE

If we can get through just ONE #verzuz without Tyrese revealing some personal trauma…I would be so grateful pic.twitter.com/cNnNVlnBWV