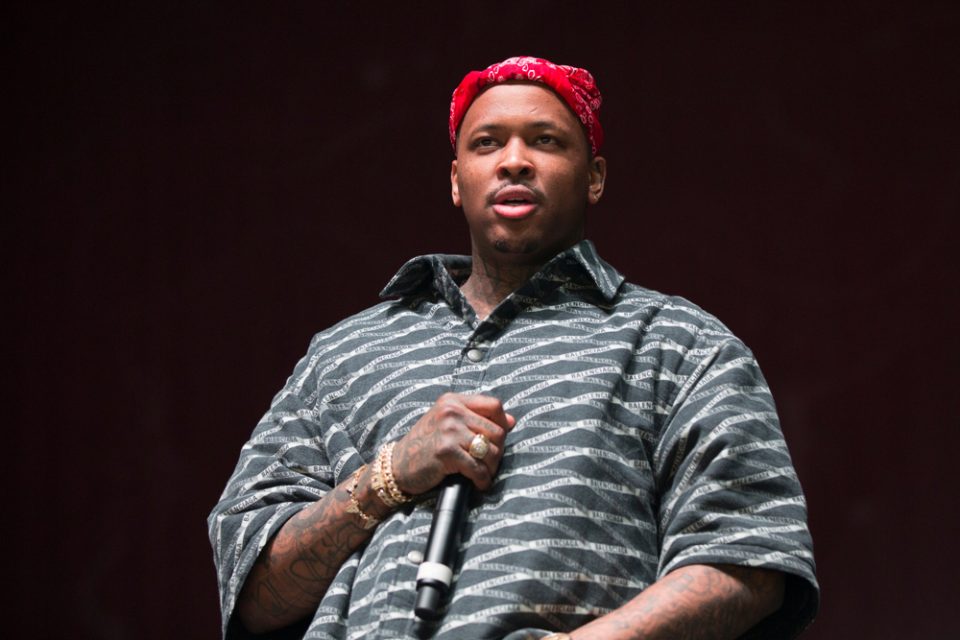 Los Angles rapper YG has been under fire lately because his record “Meet The Flockers” from his 2014 debut My Krazy Life has been receiving backlash due to its anti-Asian lyrics.

On the song, YG raps about home burglaries and states, “First: You find a house and scope it out/Find a Chinese neighborhood, ’cause they don’t believe in bank accounts.” The song continues with “Second, you find a crew and a driver, someone who ring the doorbell and someone that ain’t scared to do what it do.”

The song briefly disappeared from digital streaming platforms including Spotify, Apple Music, the iTunes Store, and YouTube on Monday, April 5, 2021.  The album has returned to DSPs with a new version of “Meet the Flockers” that no longer has the words “Chinese neighborhoods.”

Last week, it was reported that employees at YouTube called for the song’s removal from the site, but the request to YouTube’s Trust & Safety team was denied in an email from executives to the staff on March 22. An email obtained by Pitchfork to the YouTube staff read:

“We’ll start by saying we find this video to be highly offensive and understand it is painful for many to watch, including many in Trust & Safety and especially given the ongoing violence against the Asian community. One of the biggest challenges of working in Trust & Safety is that sometimes we have to leave up content we disagree with or find offensive.”

The email also pointed out that that the song’s lyrics violated the company’s hate speech policy, but said, “Meet the Flockers” would stay up because of an Educational, Documentary, Scientific or Artistic exception, citing its “artistic context” and noting concern about setting a precedent that would lead to the removal of more music videos.

Interestingly, Jeezy was the executive producer of YG’s My Krazy Life. The Atlanta-bred rap star married “The Real” co-host Jeannie Mai, who is of Vietnamese and Chinese descent, on March 27. The couple opened their wedding gift registry to raise money for the nonprofit organization, Stop Asian Hate.