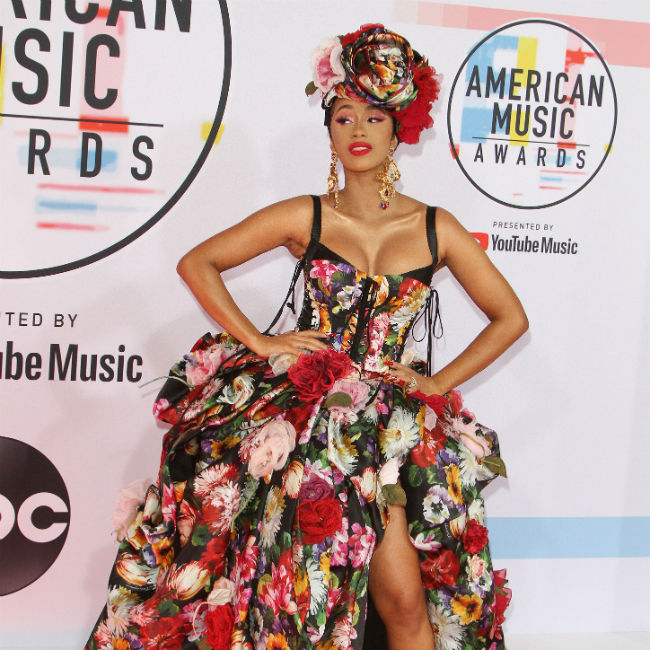 Cardi B has suggested companies pay her less for a brand deal because of the color of her skin.

The “WAP” hitmaker has claimed “Caucasian influencers” on social media often get paid “big money” for advertising brands in their posts and has said she believes she’s only being offered a fraction of their fee because she’s a “colored girl,” despite the fact that she’s “a whole artist” as well as an influencer.

“And the company is gonna make out of you, probably f—ing $50 million, $100 million. And you settle for $2 million because they think that you’re so thirsty for that money that they just gonna give you the $2 million.”

Cardi, 28, admitted she doesn’t want to “make everything about race”, but insisted “race really matters” when it comes to job opportunities.

“I’m a whole artist. And there are other artists that I know how much they’re getting paid. I’ve been doing my research now, heavy. And it’s like, Damn, mother—— is getting ripped the f— off. And that’s why I’m like, Nah, I’m gonna get everything that I deserve.”

The “I Like It” rapper went on to say she’s focusing on building her own brand this year and is getting better at handling her money.

Speaking to XXL magazine, she said: “One thing for sure that I’m doing a lot now this year is music and making sure my business is straight. Not just signing things and not just making sure that I get new deals and everything.

“That my money is getting handled great. That I got good lawyers that’s handling my s— … one thing I told my business manager, don’t even pay my business little by little. Take it all out. I don’t want to feel like I owe nothing. It’s good to be debt-free, but either way, I feel like I’ve been on deals before that like, yeah, I got paid, but I feel like I deserved more. And I made sure this year that I get everything I deserve. Not just on music deals but on everything.”