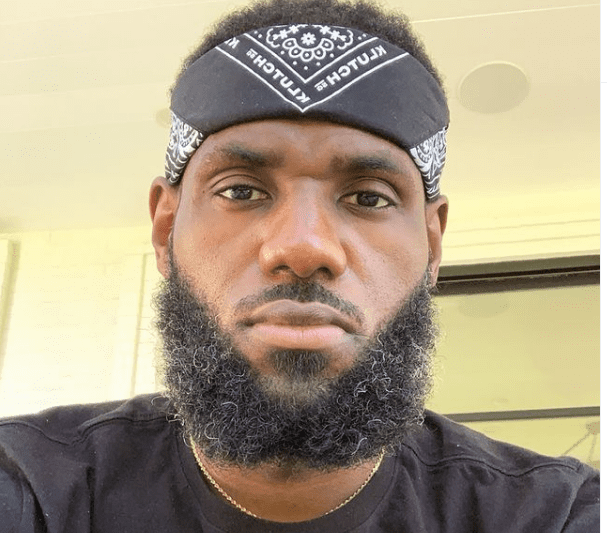 LeBron James clapped back at an Ohio bar owner who refuses to show his NBA games because he is too politically active.

Jay Linneman, the owner of the Linne’s Pub in Cincinnati, wrote that he is sick of King James speaking out and wants the Los Angeles Lakers superstar expelled from the league indefinitely.

“If anyone wants to watch an NBA game, don’t come to Linnie’s Pub,” Linneman penned on Facebook, according to MSN. “We will not air them until Lebron James has been expelled from the NBA.” Linneman added that NBA players “just need to play the game and that’s it” and that “their opinion[s] don’t really matter.”

James, 36, was born and in Akron, Ohio, which is about 300 miles from Cincinnati on the opposite side of the state. Even though James is considered the ultimate Buckeye, there are conservative souls who detest what the future Hall of Famer stands for and wishes he’d just “shut up and dribble.”

King James found the FB post amusing and laughed at the impracticality of such an action being taken for a sports bar.

Aww Damn! I was headed there to watch our game tonight and have a drink! Welp. 🥴 https://t.co/RRfRksjckM

On Wednesday, April 21, James expressed his fury over the police shooting death of Ma’Khia Bryant in Columbus, the capital city of Ohio. He posted a photo of officer Nicholas Reardon who killed the 16-year-old, saying: “YOU’RE NEXT #ACCOUNTABILITY.” James was widely criticized for that Twitter post.

James later deleted the tweet and offered an explanation. “I’m so damn tired of seeing Black people killed by police. I took the tweet down because it’s being used to create more hate. This isn’t about one officer, it’s about the entire system and they always use our words to create more racism. I am so desperate for more accountability.”