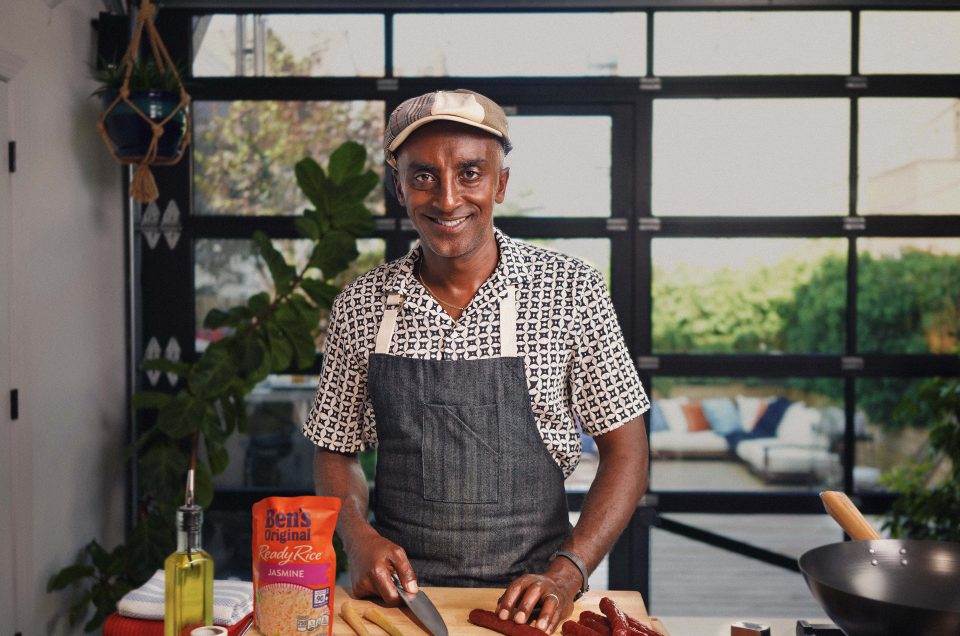 Complementing the brand’s just-launched global marketing campaign – “Everyone’s Original” – these original chef stories and personal narratives will highlight paths to possibility through food and bring to life the brand’s ambition to create a more inclusive and equitable future. The series is available on the Ben’s Original™ YouTube channel and across social and media platforms.

Rolling out spoke more with the world-renowned chef to find out more about how this project came about.

What are some of your latest projects that you’ve been working on, including Ben’s Original™?

Top Chef Family style is coming out in a couple of weeks, cooking with the entire family, which is a lot of fun. I’ve also been working on an important partnership with Ben’s Original™ rice, where we focus on sharing and telling our stories.  We’re working for inclusivity and also equality in the hospitality industry. We share stories, talk about inclusion, and a lot of different things in our space. We’re also talking about the fact that Ben’s Original™ is committing $4.5 million over the next five years towards inclusion and diversity, which is really big. They’re setting up a scholarship fund as well, which I think is so important as well.

When I can lend my voice and my know-how in cooking, and partner with a great partner like Ben’s Original™, I’m really excited about that.

How did the partnership with Ben’s Original™ come about?

I stand on a generation of shoulders of a lot of Black and Brown chefs that never received a chance to open their own restaurants. I really want to partner with people and focus on giving back. When Ben’s Original™ came to me with this idea, the first thing they talked about was starting a fund, A Seat at the Table Fund, which focuses on Black and Brown inner city youth and development, in terms of the culinary arts. Those are privileges that I’ve been a part of doing locally, but also nation-wide.

Tell us about your original recipe collaboration with Ben’s Original™.

When you think about something like rice, it has such a historic meaning in African food, but also in American food. So, to do the recipe that we did together, with my crab fried rice, it’s delicious and it has flavor. You can also substitute the crab with something else. I make it so you can cook with both seasoning and also personality.

You can also watch Samuelsson talk more about his Ben’s Original™ partnership and journey here: