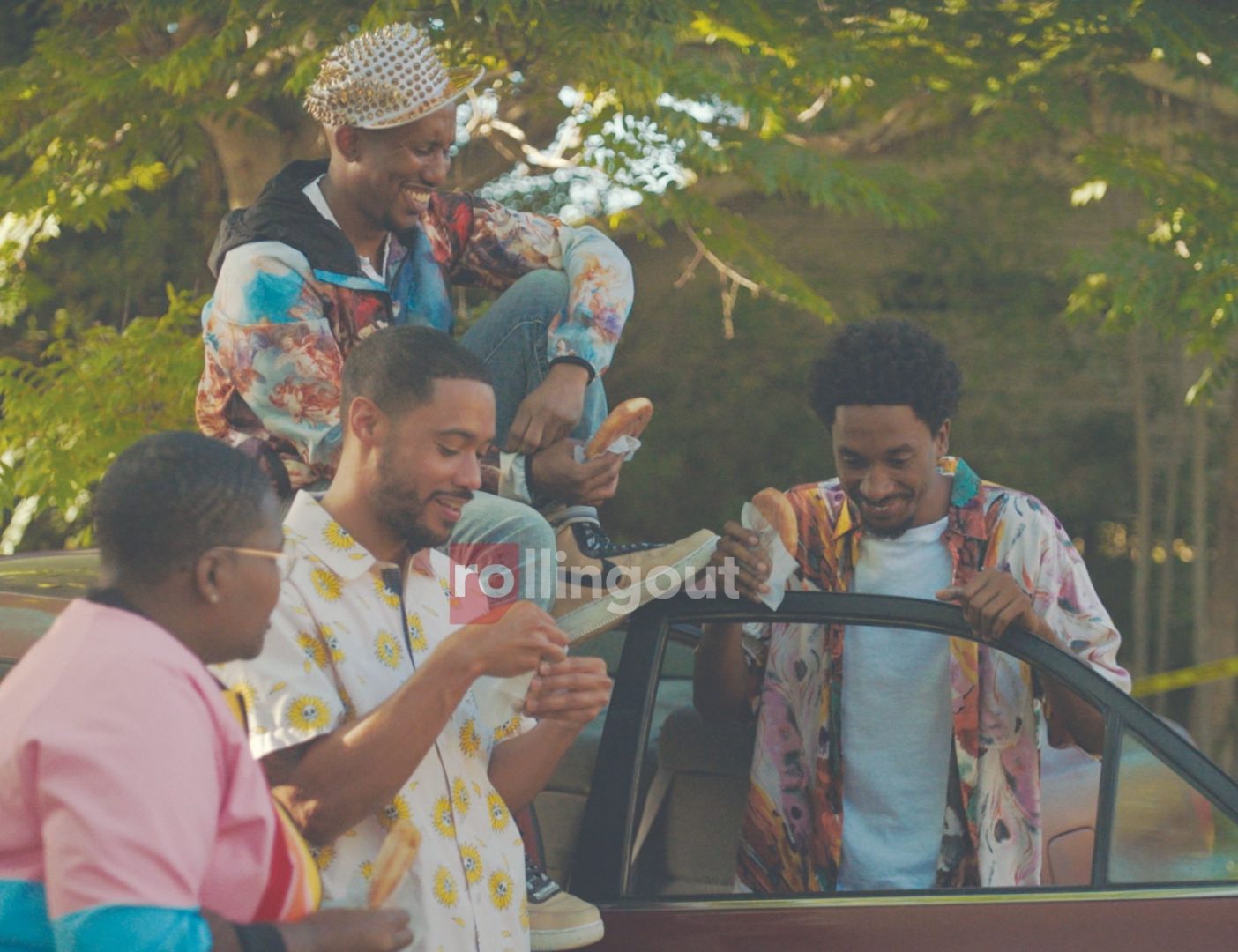 If William Shakespeare’s play Much Ado About Nothing was a modern-day tale starring four Black millennial friends navigating their way through a painfully mediocre life, it would be Peacock’s newest comedy series, “Bust Down.” Stars Sam Jay, Langston Kerman, Jak Knight and Chris Redd don’t agree on much besides what makes the show “genius” is the fact that it’s really about nothing. There is no underlying message, no inspirational overtures, just a sporadic yet organic friendship between four young people working dead-end jobs.

Kerman, Knight, Jay and Redd unanimously agree that finding comedy in the unimportant is key for the series. Writing irreverent jokes is something that comes easily for the cast. Two of the four leads honed their skills at the comedic breeding ground that is “Saturday Night Live.” Besides “SNL,” the cast has writing credits on “black-ish,” “Insecure” and even the Academy Awards.

Rolling out sat down with the cast to learn more.

Is “Bust Down” the Black answer to the comedy series about nothing?

Knight: We just wanted to make something that was off-the-wall funny and assertive and would amplify each of our personalities. That was the goal for all of us. We wanted it to really be about the friendship in the worst casino in the worst city in the world, so we’re never punching down, because we are the biggest losers on-screen.

Redd: “Bust Down” is rooted in our friendship. Every character is a hyperbolic version of how we see each other, and every story is inspired by the bad choices we each naturally make out in the world. There aren’t a lot of straight comedies right now where people truly go for jokes that are raunchy, irreverent and complicated, and at its core that’s what “Bust Down” is all about. We believe true equality is being able to make a show about nonsense the same way White people have been doing forever. We just wanted to make something so hilarious that it makes people laugh so much that they miss jokes and have to circle back and watch again.

How do your on-screen characters mimic or parallel you in real life?

Redd: My character is a very exaggerated version of me and my personality traits, so it’s not actually me. But it did make me do some self-reflection after we got done filming and I realized what they were trying to say. That’s so messed up.

Kerman: We really tried to hone in on the things that we didn’t like about each other and amplify that — just make those things as noisy as possible. So Chris’ huge ego, Jak is a psycho, Sam is mean and I’m annoying, so there you go. All of these things to some extent are true and they all hurt sometimes but we chose to be authentic instead of running from the truth.

Knight: We’re like the Power Rangers showing the weak parts of Black people. Anything you hate about a Black person, it’s in the show! 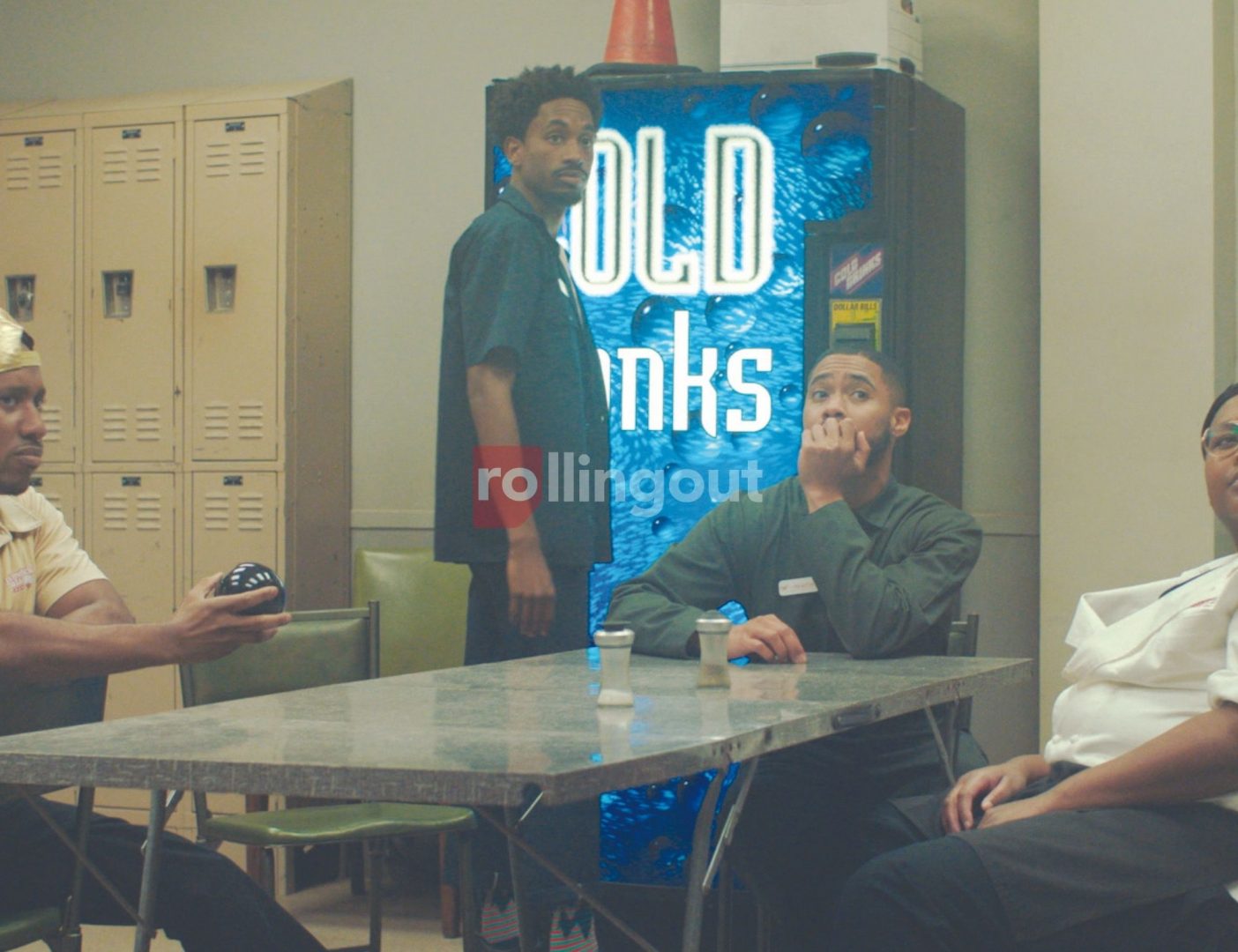 Sam, how do you manage to play the feminine card and be the most masculine at the same time?

Jay:  I’m super-duper masculine, so I’m the first to tell someone [to] stop acting gay. But I’ll all also scream, “leave me alone, I’m on my period!” in a minute. I kinda have always embodied that duality and lived on both sides. I’m hella moody and I didn’t know they realized that until they wrote this character.

Have you noticed that for a long time many Black comedians could reference economic struggle as a touch point that the majority of Black people related to. Do you think today’s comic can rely on “financial struggle” for jokes?

Jay: I think the Black experience is wider now — it’s not as narrow. We all come from varying backgrounds and we’ve all seen different things and we’re trying to show that in “Bust Down.”

Kerman: This show is more about the everyday life of people, it’s not about these big, exaggerated things happening around us. I mean we are about to go into WW III but the average person isn’t talking about that every day and if they are, they aren’t solving anything. They just say some stuff and go back to work or get drunk with their friends, and that’s what this show is about. Like, what does everyday [life] look like for four idiots that live in a casino?

“Bust Down” premieres on Peacock on March 10.