Atlanta continues to lead by example, putting a Black woman in the top leadership position at Hartsfield-Jackson Atlanta International Airport. J’Aimeka “Jai” Ferrell initially joined the airport seven years ago in marketing and most recently served as assistant general manager of commercial revenue development.  She was recently named the airport’s chief commercial officer.

Rolling out talked with the Ferrell about her promotion.

What is the first thing you did after learning about your new position?

The first thing I did after receiving the role was call my mother, Lolita Ferrell. She is my “Donda,” She’s always been my champion and biggest supporter. Immediately thereafter, I reached out to my village — my family, sister circle and confidants. Much of my success is due in part of these people, they were the first in mind.

As a Spelman graduate and Atlanta native, what does it mean to you to be in such a position of power?

As a fourth-generation Atlantan, it is honorable to be able to serve the city I love at the world’s front door — Hartsfield-Jackson Atlanta International Airport. When I was a little girl, my mother and grandmother would take the scenic route on our way to Lindsay Street Baptist Church and purposefully pass Spelman College’s campus. They would see young women walking on campus and tell me that would be me one day, and I believed them. That intentionality reinforced my pathway to excellence and I then made the choice to change the world at Spelman and beyond.

Your career reads like a series of intentional pivots; from entertainment to sports to the busiest airport in the world. Was this always the goal?

In transparency, I had no idea where my career would lead but knew I wanted to be the best at whatever it was. Prior to joining aviation, I worked in Major League Baseball, CNN, TBS, BET and Discovery Studios. While each of my roles varied in responsibility and industry, I acquired transferrable skills that I use every day in my current role. From effective communication and strategic thinking to innovative technology and consumer products, I am in full use of the tools in my toolbox that I’ve acquired from those diverse experiences.

The world has changed dramatically, specifically in regard to travel. Are you proud of how Hartsfield-Jackson dealt with the pandemic?

Pre-COVID Hartsfield-Jackson saw over 2,500 flights a day, translating to an estimated 200,000-plus people each day in and out of the doors of the airport. My team oversees 31,000-plus parking spaces, 300 restaurants and retail locations, estimated 350,000-plus Uber/Lyft pickups each month and over 400,000 weekly impressions on social channels collectively. During COVID, the once healthy thriving ecosystem at [Hartsfield-Jackson] came to an abrupt pause.

We are not trying to return back to normal, we want to return better. I am proud of the innovation and ingenuity we illustrated during the COVID-impacted period, and [I’m] looking forward to continuing the process of innovating and offering efficient customer experiences to our guests and stakeholders. 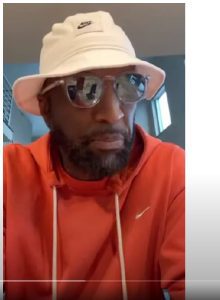