The shoes, aesthetically pleasing and chic and decorated with the brand’s signature colors of white, red, and yellow, will undoubtedly continue the restaurant’s uninterrupted upward trajectory in popularity in the United States. 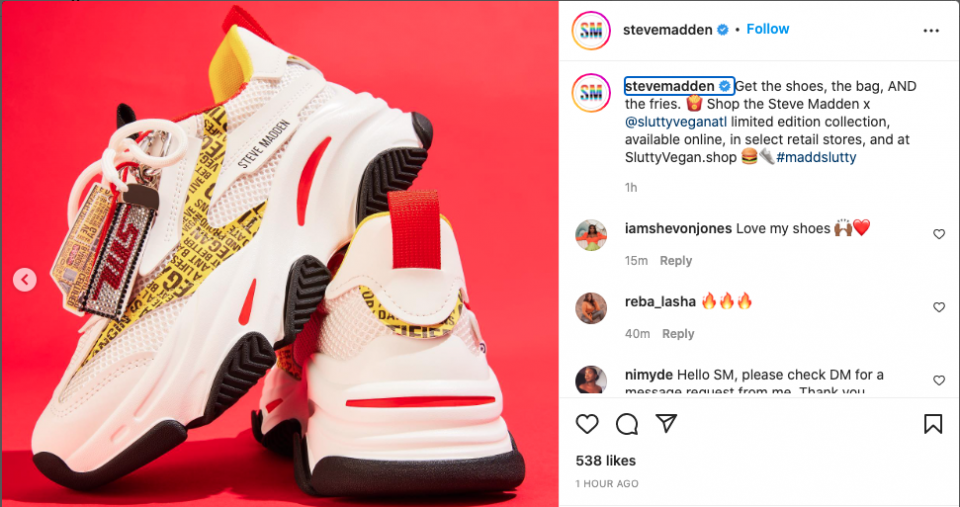 Coles said the partnership with Steve Madden illustrates emphatically that you “don’t have to live inside a box,” Cole said. “You can be disruptive and break every glass ceiling, even if it means being a burger joint with a vegan show.”

Moreover, the shoes have been approved by the People for the Ethical Treatment of Animal (PETA). The shoes are said to be a reimaging of the Steve Madden Brand POSSESSION while the bag is formed from Madden’s BSETTITUP. The sneakers are now selling on their respective websites, www.sluttyvegan.shop and www.stevemadden.com, for $99.99 while the BSETTITUP go for $89.