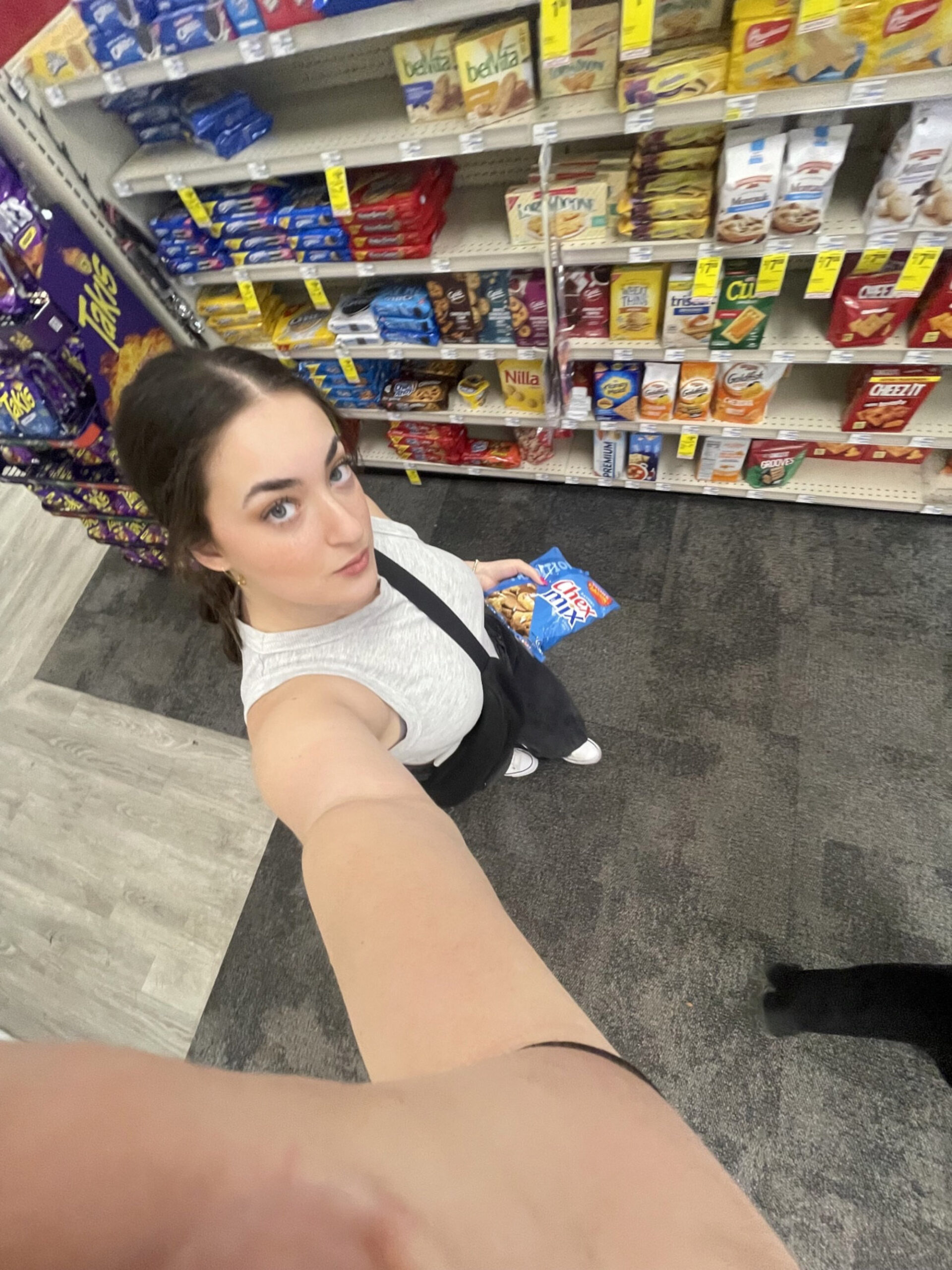 A new selfie trend is sweeping social media – where youngsters depict themselves with super-long arms and tiny bodies.

Instagram is becoming littered with the “point five” selfie – a photo taken using a wide-angle lens to make the subject appear distorted.

The result is super long arms, tiny bodies, and often huge foreheads – and yet it seems to be growing more and more popular.

The selfie, becoming a favorite in particular among members of Generation Z, can only be taken on modern iPhone models with an ultra-wide camera.

Zoe Nazarian, 20, is one of many who have got on board with the unusual style of selfie – and she believes it’s only set to become more popular.

The actress and content creator said: “It has become a trend on social media, in my opinion, because it is a unique take on the typical selfie that we constantly see on our feeds.

“I first saw it on social media and thought it was quite strange at first. Eventually I gave in and tried it and have never looked back.”

But much unlike the perfect, angled, filtered selfies we often see on Instagram, part of the appeal of the 0.5 selfie seems to be its lack of precision – with the outcome being something of a surprise.

Nazarian said: “Personally, I believe that the appeal has to do with the randomness of it all.

“Social media as we know it is full of filters and perfectly posed images, but this trend has allowed for more causal images to be shared to friends and followers, which I think is amazing!”

Nazarian feels confident that the 0.5 selfie is going to take off even more than it already has – so if they haven’t graced your social media feeds yet, they will be doing soon.

She said: “I do believe that this trend will grow more popular, and I really hope it does!

“I love to see fun selfies like this on my feed.

“I take 0.5 selfies not only to post online, but also to document memories and have fun with my friends!”

The trend has only started taking off in 2022 – with TikTok’s favorite ‘Train Guy’ Francis Bourgeois credited with popularizing it.

The trainspotter is well-known for his videos which are captured in ultra-wide angles.

His trademark shot is a fisheye-like lens that’s angled down toward his face – which has seen him become hugely popular on social media.