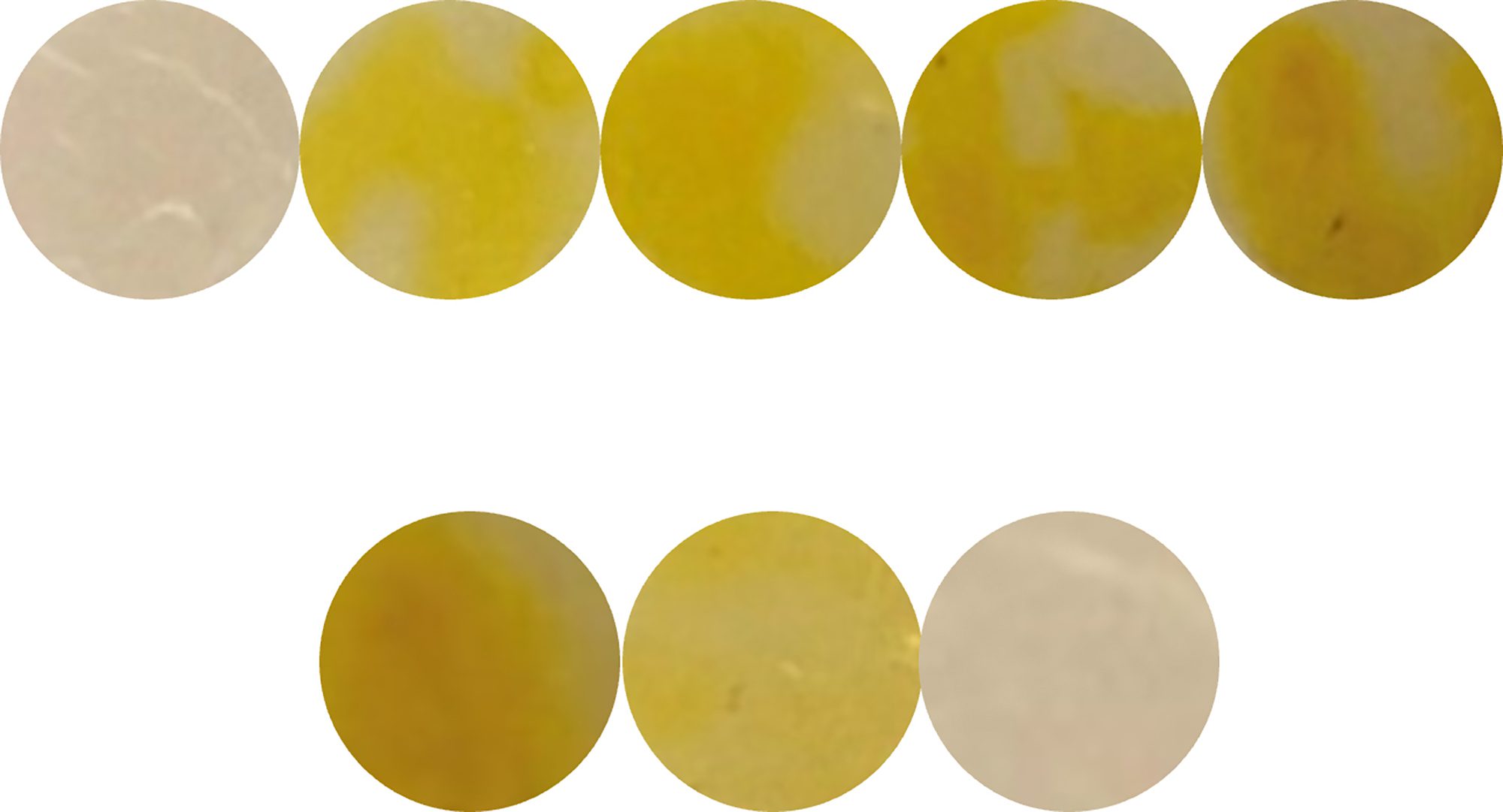 A new smartphone app is able to check food for cancer-causing chemicals.

Scientists have developed a color-changing film that shoppers can stick onto processed meats.

Snapping a picture quickly analyzes levels of preservatives known as nitrates and nitrites.

They give sausages and bacon their characteristic pink hue and distinctive flavor – but can form tumor-triggering compounds. The more there are, the darker the image.

People have been advised to limit their consumption of nitrates and nitrites. Knowing how much is in a product has been difficult to determine – until now.

Corresponding author Dr. Jose Garcia, of Burgos University in Spain, said: “It determines nitrite concentration in processed meats that can also be used by unskilled personnel.

“It is based on a sensory polymer that changes its color upon contacting the meat.

“A mobile app that automatically calculates the manufacturing and residual nitrite concentration by only taking digital photographs of sensory films and analyzing digital color parameters.”

Cured and processed meats also include ham, pâté, and salami. They are treated with nitrite or nitrate salts to keep them looking and tasting fresh.

Dr. Garcia said: “Though nitrate is relatively stable, it can be converted to the more reactive nitrite ion in the body.

“When in the acidic environment of the stomach or under the high heat of a frying pan, nitrite can undergo a reaction to form nitrosamines, which have been linked to the development of various cancers.

“Some methods to determine nitrite levels in foods already exist, but they are not very consumer-friendly and often require expensive and laborious techniques and instruments.”

It has been named ‘POLYSEN’ for ‘polymeric sensor.’ It is made of four monomers and hydrochloric acid.

Disks punched from the material were placed on meat samples for 15 minutes – enabling the film to react with nitrite.

The disks were then removed and dipped in a sodium hydroxide solution for one minute to develop the color.

When nitrite was present, the film’s yellowish hue deepened with higher nitrite levels in the food.

To quantify the color change, the researchers created a smartphone app that self-calibrates when a chart of reference disks is photographed in the same image.

The team tested the film on meats they prepared and treated with nitrite, in addition to store-bought meats.

The POLYSEN-based method produced results similar to those obtained with a traditional and more complex nitrite detection technique.

In addition, POLYSEN complied with the European regulation for migration of substances from film to food.

The researchers say the new approach could provide a cheap alternative to other devices.

“Our method represents a great advance in terms of analysis time, simplicity, and orientation to use by average citizens,” Dr. Garcia said.