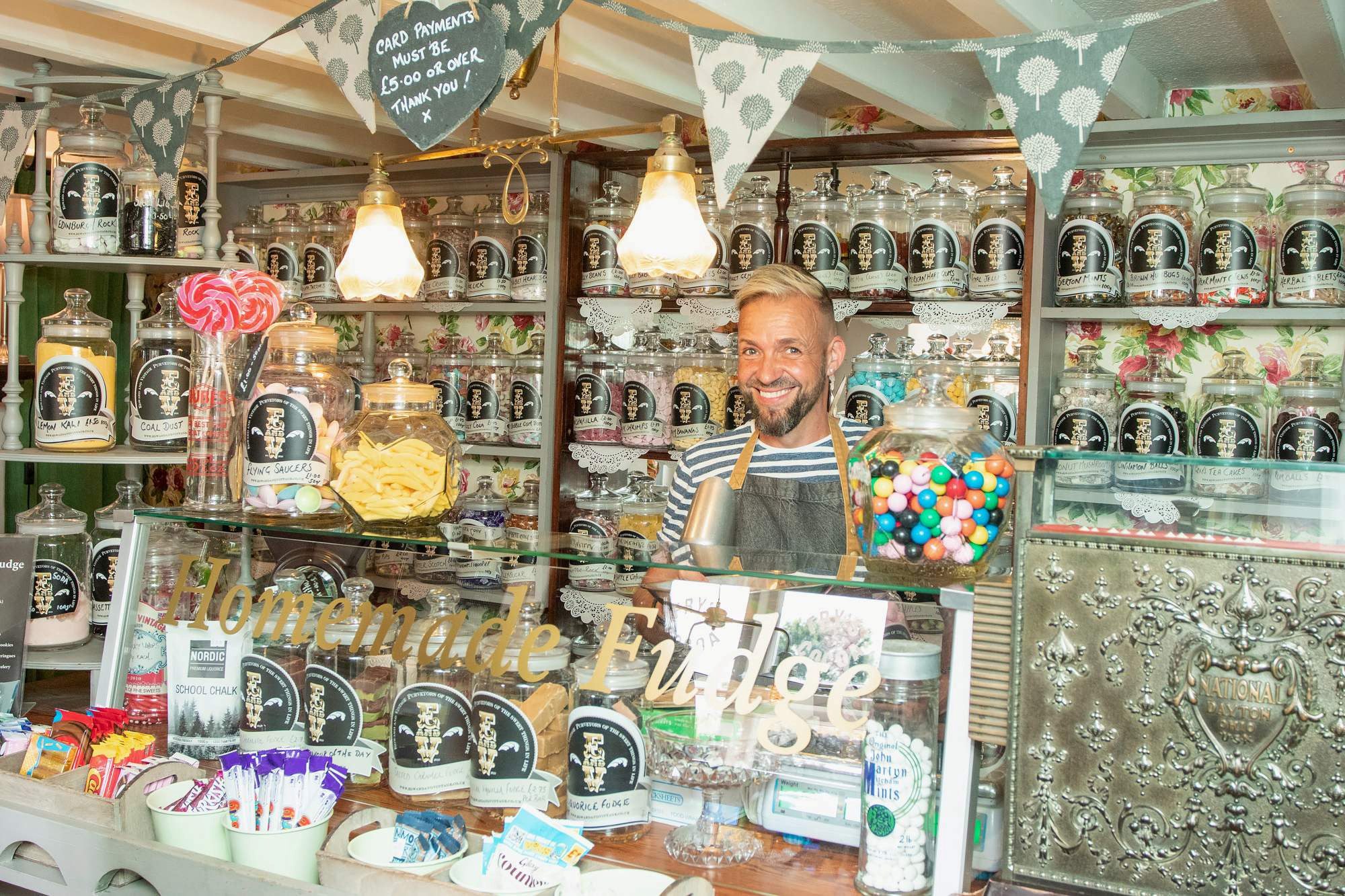 A real-life Willy Wonka who ran the “best sweet shop in the world” is selling his entire collection of 1940s-style goodies.

It attracted thousands of visitors after it opened in the picturesque Derbyshire village of Tissington in central England, in the United Kingdom, in 2012 and was quickly dubbed the “best sweet shop in the world.”

The shop has also featured in Escape to the Country, Country File, Germany’s Ard TV, and The Great Interior Design Challenge programs on television.

Despite the huge success of the nostalgic sweet shop, Dave is closing its doors and selling off 100 treasured items as he prepares to move to a new venture in Scotland.

The businessman, from Gedling, U.K., said: “I’m parting with things I started collecting at flea markets from around the age of ten.

“I can’t take them on my next adventure, which some people probably think is crazy anyway.

“I hope people will buy them who’ve enjoyed visiting the shop over the years.

“I’d love them to have a memory of Edward & Vintage. Or maybe someone somewhere is looking to open a sweet shop.”

The shop will close its doors on September 25 and revert back to being part of the Tissington Estate: a property held by the FitzHerbert family since 1465.

Dave will move to the tiny remote island of Sanday in Scotland’s Orkney archipelago where he will convert eight derelict crofts into his dream home together with holiday cottages.

He said: “I’d never owned a property outright before. Thanks to the success of the shop, I have something of my own.

“It was originally a 15-year plan but I turned 50 this year.

“Maybe it’s a midlife crisis but I decided to make the move while I have the energy and time left to do something special.

“When I announced the closure of Edward & Vintage on Facebook there was an outpouring of grief.

“I love my customers. Thanks to them, I’ve had the most amazing time. They’re a brilliant bunch of loyal people.

“I’ve seen some of them become parents and children grow into marvelous adults.”

The contents of Edward & Vintage will go under the hammer at Hansons Auctioneers on October 8.