Beloved actress Nia Long was ambushed by the news that her fiancée, Boston Celtics head coach Ime Udoka, was embroiled in a relationship with a co-worker after she agreed to move in with him in Boston.

The Boyz N the Hood and The Best Man actress has been jolted to her core because she found out — after she uprooted herself and her son from Southern California to Massachusetts — that her man was having an affair with another woman, TMZ reports.

Udoka admitted on Thursday, Sept. 22, 2022, to having a consensual but prohibited romantic affair with a member of the Celtics staff, which is strictly prohibited per the team’s rules. He has been subsequently suspended by the team for the entire 2022-23 season, and his tenure with the team is in peril, not to mention any future coaching prospects.

Undoubtedly shellshocked by the national scandal, and having her name dragged through the mud, the Brooklyn, New York, native issued a statement through representative Shannon Barr.

“The outpouring of love and support from family, friends and the community during this difficult time means so much to me. I ask that my privacy be respected as I process the recent events. Above all, I am a mother and will continue to focus on my children,” the statement read.

Udoka has shown contrition for his transgressions with his own statement that was obtained by ESPN.

“I want to apologize to our players, fans, the entire Celtics organization, and my family for letting them down,” Udoka wrote. “I am sorry for putting the team in this difficult situation, and I accept the team’s decision. Out of respect for everyone involved, I will have no further comment.”

Fans have metaphorically wrapped their arms around Long, who is enduring abject humiliation due to this episode, and they are simultaneously ripping Udoka for his actions.

I feel badly for #NiaLong 'cause her business is all out in the street, but it must feel good to realize you're universally loved by masses ready to fight that man for you.

WTF is wrong with men. Like seriously they will cheat even with the help and no self respect whatsoever. #NiaLong

Being beautiful won’t spare you anything in life. Halle Berry said it #NiaLong pic.twitter.com/d1BD8Qqo1t

#NiaLong Men just vibrate low. They use their penis all willy nilly taking on negative energy of women. Some men are not deserving of our Divine frequency. Ancestors protect me from these negative energy vampire men. Asé 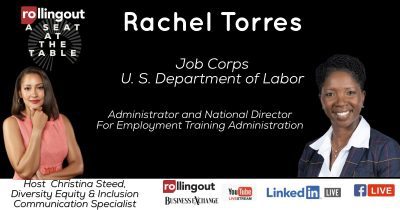 Largest Pokémon Collection Could Catch Over $300,000 At Auction

Shaking The Culture Festival aims to rival Coachella
We use cookies on our website to give you the most relevant experience by remembering your preferences and repeat visits. By clicking “Accept”, you consent to the use of ALL the cookies.
Do not sell my personal information.
Cookie SettingsAccept
Manage consent