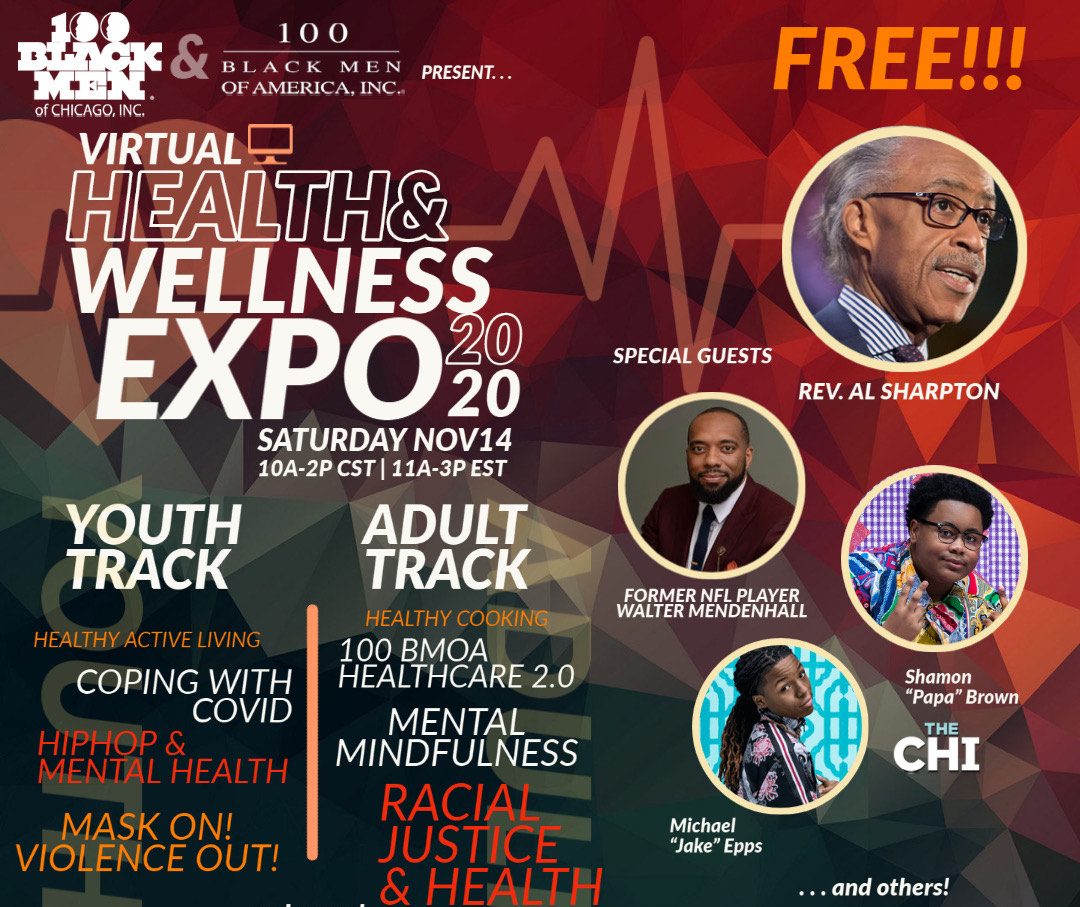 This Saturday, Nov. 14, 2020, 100 Black Men of Chicago Inc. and 100 Black Men of America Inc. will be hosting a virtual health and wellness expo. The free event is open to all and will feature updates on COVID-19, fitness and cooking demonstrations, youth violence prevention forums, vendor booths, networking opportunities and much more. […]

The Emerging 100 of Atlanta hosting holiday soiree and benefit

Saturday October 5, 2013, Atlanta. The Bulldogs of South Carolina State outlasted the Aggies of North Carolina A&T to win the 25th annual Atlanta Football Classic. The Bulldogs not only won the game, they also won the battle of the bands at halftime giving the fans an awesome performance that both sides can respect. Check […]

Share a little background about AIO. AIO started in Texas, and then [expanded to] Florida. We’re opening about 10 stores here in Atlanta and a little more than double that by the end of the month. Atlanta is actually the home base for AIO wireless. How does it feel to be launching here? We’ve been […]

Wayne K. Brown, a beloved and influential member of Atlanta’s media community, has passed away. He lost his battle with cancer. With more than three decades of experience in broadcasting and marketing, Brown was recently tapped by Streetz 94.5 FM, Atlanta’s new Hip-Hop Station, to serve as their general manager. Brown also served as senior partner […]

Who knew that for every sip you take of a Coca-Cola product, you are sending a first-generation student to college and helping to lower the devastating drop-out epidemic of at-risk students in America’s high schools? These are just some of the activities that Lori Billingsley is immersed in with her dream job as vice president […]

SAN FRANCISCO – Star Jones was disheartened by her experience on “Celebrity Apprentice” and the impact it had on young African American women. Best-selling author Terry McMillan told the multitude at the 100 Black Men of America convention that she can’t stand to watch the gag-inducing histrionics and theatrics that make a mockery of African […]

Chilli, Tichina Arnold, Others Party With Purpose at Kentucky Derby

The 137th Kentucky Derby is officially under way.  Held in Louisville, Ky., at Churchill Downs, the annual thoroughbred horse-racing event draws thousands of fans, celebrities and revelers to the “River City” from all over the world to witness what’s called the “fastest two minutes in sports.” Derby Day, which is held every first Saturday in […]

When Wells Fargo & Company acquired Wachovia, they increased their presence on the East Coast as well as globally. With the expansion came the opportunity to extend their commitment beyond diversity in the sense of affirmative action and to develop it as a business strategy. Thus, the company established a business unit for several consumer […]