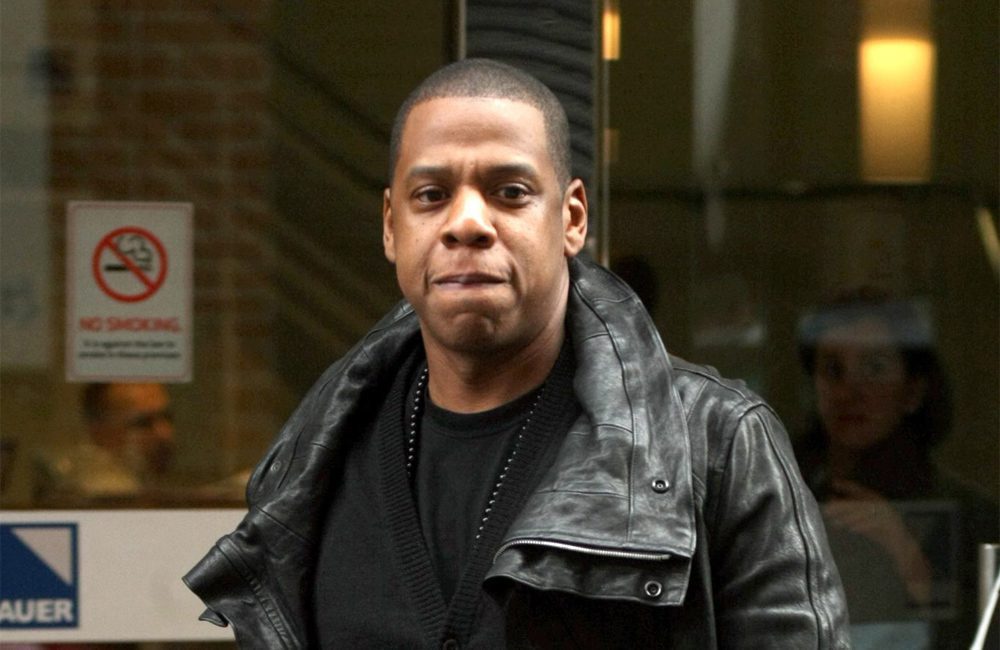 Jay-Z is planning to open his own fast-food chain, under the name Hovino, according to new documents. The 48-year-old hip-hop mogul, who already has his own bar chain — The 40/40 Club, has applied to trademark the brand Hovino with a view to open an eatery that will serve dine-in and take-out customers. The application […] With New York Fashion Week frenzy in full throttle, VIP guests converged on Jay Z’s 40/40 Club in Manhattan for On Trend Experience. The showcase and shopping event was hosted by fashionista and reality TV personality Laura Govan’s #InRealLifeClothing. The beauty ushered in some other sizzling hot on trend designers to share the NYFW spotlight with […]

An intimate conversation with Kevin Hart, Terrence Jenkins and the men from ‘Think Like a Man Too’

The male cast of  Think Like a Man Too which includes Kevin Hart, Terrence Jenkins, Michael Ealy, Romany Malco, Jerry Ferrara and super producer Will Packer sat down at the 40/40 Club in New York City to talk about the widely anticipated sequel which releases today.  Additional celebrities who were also in attendance included, Olivia, Rashidah Ali (reality […]

5 celebrities who own chain restaurants

Celebrities have been asked to endorse all types of products, but some have decided to stray from the limelight and partner with restaurants or buy into some locations of a well-known chain. Check out the best restaurants that are owned by celebrities, and take a look at some unexpected celebrities who own franchises of well-known chains. –joi pearson […]

Polly A releases ‘Pick Your Poison’ video at 40/40 club

While Jay-Z’s 40/40 club in New York City is currently being remodeled, workers and spectators passing by were shocked and perplexed last week when giant inflatable rats were erected outside of his popular nightclub. According to reports, an angry local union upset with the rapper for using non-union workers to remodel the club, is responsible […]

Fiery West Coast rapper Game has been declaring war against fellow emcee Jay-Z for years now, most recently going in on the iconic emcee with his diss track “Uncle Otis.” And although Game recently opened up about the origins of his (one-sided) battle with Jay-Z, Game is now spilling more details about what exactly started […]

Jay-Z and UK Chelsea soccer player Ashley Cole have teamed up to open a London branch of the 40/40 clubs that will give jobs primarily to long-term, unemployed youth. The NVA Entertainment Group (NVA), which brokered the multi-million dollar deal, released this statement from Jay-Z: “London is one of the most vibrant and exciting cities […]

Jay-Z Earns More Than Beyoncé for First Time Since 2008

Celebrity power couple Jay-Z and Beyoncé have been raking in the big bucks for nearly a decade, besting most of their fellow power couples when it comes to earning power. But individually, Beyoncé has been the breadwinner of the household, earning millions more than her Roc Nation husband, following their marriage in 2008. But now, […]

Beanie Sigel Opens Up About Feud With Jay-Z

Two years ago, former Roc-A-Fella artist Beanie Sigel shocked the hip-hop community when he began openly dissing his former label head and friend Jay-Z in his rhymes. Now, after having quashed the feud, the Philadelphia rapper is sharing details about his falling out with Jay-Z and his lingering anger toward the hip-hop mogul. In an […]