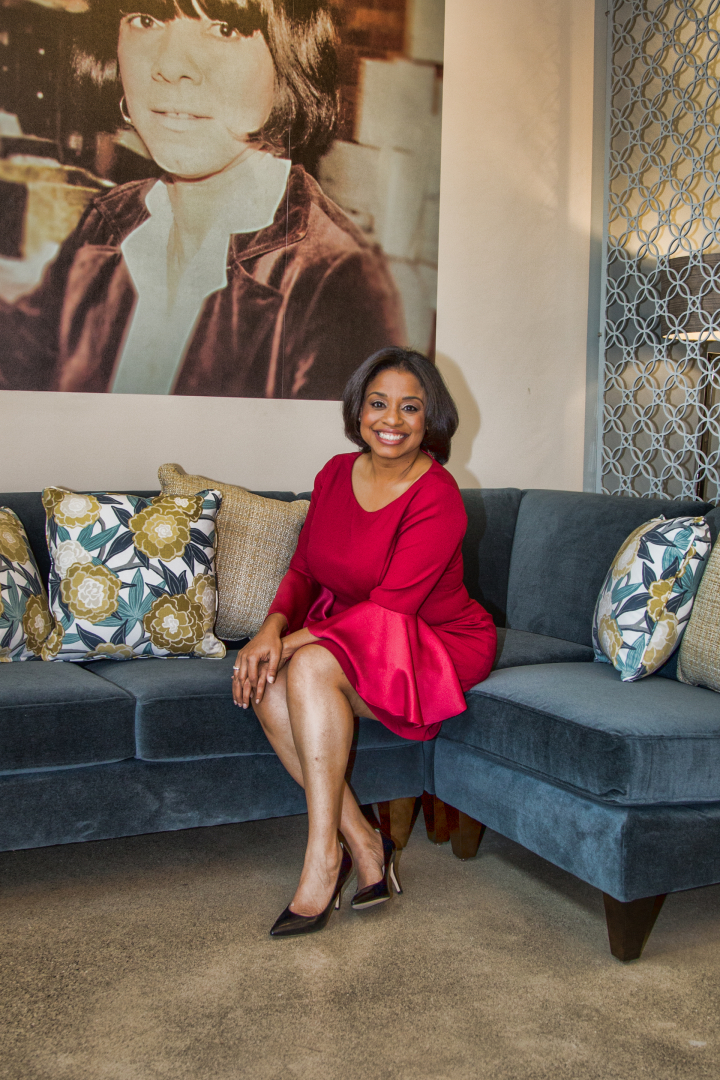 Dana White is a disruptor in the hair care industry. She’s the owner of Paralee Boyd Salon and she has mastered and applied the principles of lean manufacturing to what she calls the Paralee Boyd process. White is in the process of launching her national brand and recently held her grand opening of the second […]

Sesame Street writer creates ‘I Love My Hair’ for daughter

The last few years, the natural hair discussion in the brown girl community seems to be a never-ending one. Not long ago, Sesame Street’s head writer and puppeteer Joey Mazzarino noticed his young daughter, Segi, was struggling with loving her mane. Mazzarino and his wife adopted their daughter from Ethiopia when she was a baby. Both parents are […]

More black entertainers and everyday folks are rocking the long natural locks more than at anytime since the late 1960’s and 70’s. Unlike the Black Power Movement of yesteryear, the more natural looks today are less a political statement or a symbol of rebellion as it is due to practicality or weariness of chemically-enhanced tresses […]

On Tuesday, Feb. 26, natural hair lovers came out to see comedian and host Kim Coles along with Mizani and Vibe Vixen in New York City for a natural hair event. The event was held at L’oreal Soho Academy where everyone was celebrating the natural hair movement. During the event, hairstylists showed four different hair […]

Celebrity hairstyles at the 2012 Soul Train Awards: See the looks

Ladies hit the red carpet at the 2012 Soul Train Awards rocking sleek, Funky, colored, spiked hairdos. If you are looking for a great new hairstyle what other place to check out what celebrities are wearing than a great event like an award show. There you will see the latest hairstylist and more! Check out […]

Pop singer Britney Spears just took a major beat-down via the Internet from her fans for appearing on the cover of Lucky magazine’s December 2012 issue wearing an ill fitted wig. The “X Factor” judge was also heavily photoshopped and fans found her images in the photo shoot to be nearly unrecognizable. The dreadful wig […]

It’s not coincidental that arguably the most fun evening on the Tom Joyner Fantastic Voyage was “70’s Night.” As evidenced by the pleasantly surprising natural hairdo worn by Viola Davis at this year’s Academy Awards, many African American women are embracing a return to that much-talked about and much-maligned decade where their natural hair was […]

SoftSheen-Carson, a subsidiary of L’Oreal USA, is a brand that African Americans have come to know and trust over the years. The company produces popular brands such as Dark and Lovely, Roots of Nature and Optimum Care. Angela Guy is the senior vice president and general manager of SoftSheen-Carson and has helped take the company […]