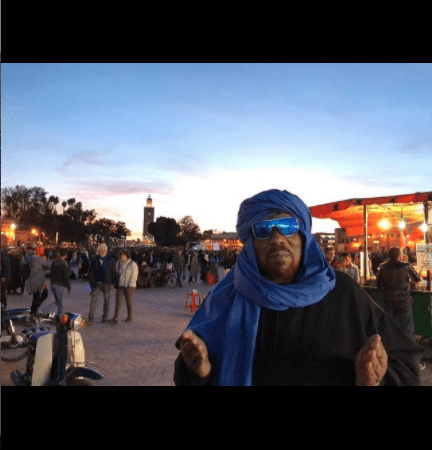 Afrika Bambaataa, one of the towering figures in the early days of rap and hip hop, is being sued for allegedly trafficking teenage boys in previous decades. A man identified as “John Doe” filed a lawsuit in Aug. 2021, obtained by Rolling Stone, in which the man, now in his 40s, described in graphic detail […] The hip-hop world was hit hard when accusations of sexual abuse of children were leveled against Afrika Bambaataa, founder of the Zulu Nation.  The initial announcement by one man of alleged sexual abuse when he was in his early teens grew to allegations by dozens more. Soon a pattern of an alleged serial pedophile emerged […]

Another person has come forward to substantiate allegations that hip-hop icon Afrika Bambaataa molested underage boys. A former member of the Zulu Nation’s security team recently revealed what he saw while working with Bambaataa. During an interview with New York radio host Star, Shamsideen Sharif Ali Bey discussed how Bambaataa would always have a young […] The allegations of sexual abuse leveled against hip-hop legend Afrika Bambaataa, 59, are now afecting his legacy. Bambaataa was accused by multiple men of a pattern of sexual assaults over the past few decades and it’s causing quite a stir. Former music executive and alleged victim Ronald Savage first revealed his trauma at the hands of […] Rap icon Afrika Bambaataa has been described as a “pervert” by several men who claim that he has an affinity for young boys. After Ronald Savage initially came forward to reveal that he was abused by Bambaataa, more men have told similar stories. In a video that was posted on YouTube, Bruce Campbell, 39, discussed […] Recently, rap legend Afrika Bambaataa found himself at the center of a jawdropping controversy that has left many fans and followers confused and concerned. While Bambaataa, born Kevin Donovan in the South Bronx, New York, is best known for having started the conscious hip hop collective Universal Zulu Nation and spitting classic verses on hip hop […]

Our chances of seeing a museum solely dedicated to the culture of hip hop are getting better and better. Last week, some of hip hop’s founding fathers (Afrika Bambaataa, Grandmaster Melle Mel, Grandmaster Caz, and Grand Wizard Theodore) held a press conference to announce that their plans to open the Universal Hip Hop Museum are beginning to […]

A few of Hip-Hop’s founding fathers are banding together to create a museum dedicated to the culture’s historical and educational impact. Grandmaster Melle Mel, Grandmaster Caz, Afrika Bambaataa, and Grand Wizard Theodore are combining with the Windows of Hip-Hop Development Project to create a new exhibition hall in the birthplace of Hip Hop – The […]

Hip hop artists that teach at the nation’s top colleges.