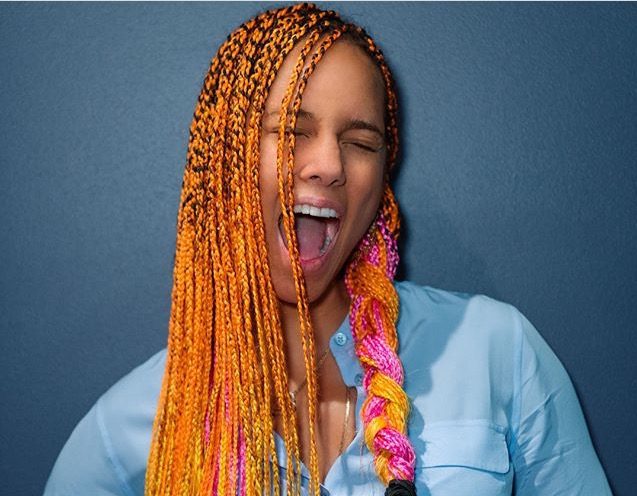 Alicia Keys landed not one, two, three, but four covers for the September issue of Elle Brasil and in one word, they are epic. “One cover was not enough for our September issue, which raises the debate of what it’s like to be an influencer today,” Elle Brasil wrote via Instagram. “We come to four […]

Alicia Keys strips down to her birthday suit Alicia Keys celebrates her birthday with a little tease. In celebration of her 36th birthday, which took place on Wednesday, Jan. 25, the “Girl On Fire” singer gave fans a peek at her birthday suit while teasing a new song on Instagram. “That’s what’s up #NewSong #NewVideoAlert#BirthdaySong! #gratitude! Feeling so grateful today!,” Keys wrote alongside a […]

Alicia Keys: ‘I’m not a slave to makeup’

Alicia Keys wears makeup for the first time in nearly a year. While, Keys, 35, has stuck to her guns — proclaiming to showcase only her natural beauty no matter the occasion — the 15-time Grammy winner compromised with a fresh look for her recent Allure cover shoot. While she appears to be bare faced, […]