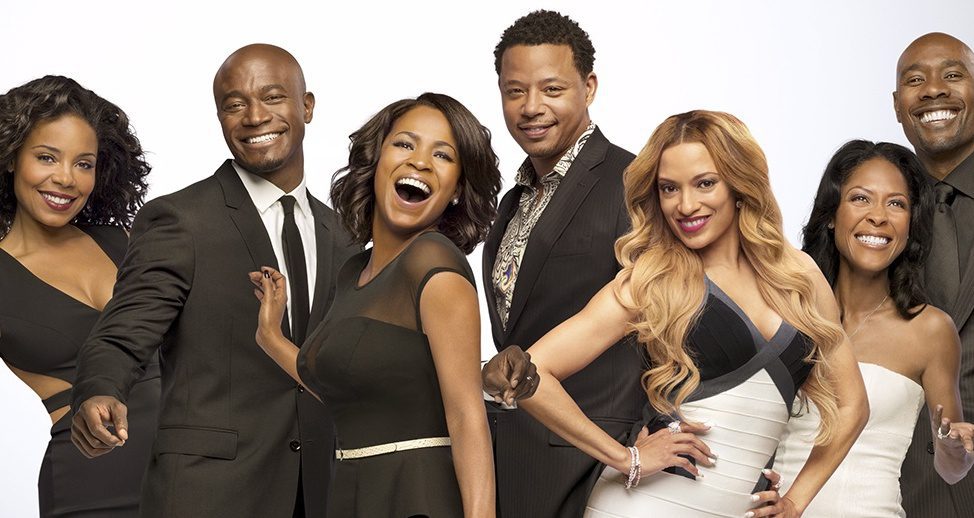 Best Man Holiday (2013) is the Malcolm D. Lee’s sequel to The Best Man (1999), a “rebirth” and reboot in a sense. During an interview with actors Nia Long (Jordan), Taye Diggs (Harper) and Sanaa Lathan (Robyn), Jordan. The trio spoke with our reporter, Iesha Daniels, an on-set ruse – a playful one. If you’ll remember […]

Happy Birthday Morris Chesnut! Chesnut, actor known as Ricky Baker in the 1991 Oscar-nominated film, “Boyz in the Hood”, groom-to-be Lance Sullivan in the 1999 film “The Best Man” and its “The Best Man Holiday” which recently released.  He became a member of the Phi Beta Sigma fraternity while in at California State University. Chestnut is a fan of the Philadelphia Eagles, Los […]

The Best Man Holiday, with its ensemble of well-known black actors, proved with a strong opening weekend that black films can and do make money for the studios that invest in them. With an estimated gross budget of $17 million and opening weekend box-office receipts of $31 million, you don’t have to be a rocket […]

Sexiest pictures of the men in ‘The Best Man Holiday’

What’s better than one sexy leading man? How about five leading men like Terrence Howard, Taye Diggs, Morris Chesnut, Harold Perrineau and Eddie Cibrian all vying for your attention on the big screen? With a laundry list of top box office flicks, the following men are truly some of Hollywood’s most sought after talent. In […]

Sexiest pictures of the women in ‘The Best Man Holiday’

The ladies of The Best Man Holiday have been heating up the big screen for over a decade. Sanaa Lathan, Nia Long, Regina Hall, Melissa De Sousa and Monica Calhoun aren’t just highly sought after actresses; they are some of Hollywood’s sexiest and most successful black talent. Hit the flip for photos of the sexiest […]

Sanaa Lathan shares her photo shoot secrets with ‘rolling out’

Twerk: The Best Moments from ‘The Best Man’

The 2013 BronzeLens Film Festival screens The Best Man Holiday, directed by Malcolm Lee. Actors Morris Chestnut, Regina Hall and Lee shined on the red carpet during the Atlanta premiere at Atlantic Station. Other attendees included Lisa Wu, Young Joc, Karlie Redd and Chanel. The screening was the closing event for the 4-day festival.

Regina Hall melts our pages with a stunning photo spread

Not completely sure how we’re going to follow up this week’s cover. That’s the type of pressure that Regina Hall put on us the moment she stepped in front of rolling out’s cameras. Check her amazing spread, and make sure that you read her heartfelt cover story by clicking here.

Actress Regina Hall shares some of her greatest regrets in life

Words and images by DeWayne Rogers Hair: Justi Embri Makeup: Rea Ann Wardrobe: Vanessa Gelban The initial thought was to have Regina Hall write her own cover story from a first-person perspective. Why not? Journalism practically runs through her veins, as evidenced by her master’s in journalism from New York University. So when the offer […]

The anticipation continues to build for the return of the entire gang for The Best Man Holiday. So in advance of the movie’s November release, we decided to spend some time catching up with some of our favorite characters. This weekend, rolling out hung out with Melissa De Sousa, who of course plays feisty Shelby. […]

After a considerable self-imposed moratorium, Terrence Howard is returning to the Hollywood spotlight with authority. He just completed the action thriller Dead Man Down. Howard is part of a big-name ensemble cast in what may be the movie of the summer, The Butler, opposite Oprah Winfrey and Academy Award winners Forest Whitaker, Cuba Gooding Jr. and […]

here is serious Oscar bait coming from some notable black actors, as well as a bevy of interesting romantic comedies. And two Nelson Mandela-themed movies are hitting theaters before year’s end.