Beyoncé documents a night at the Grammys 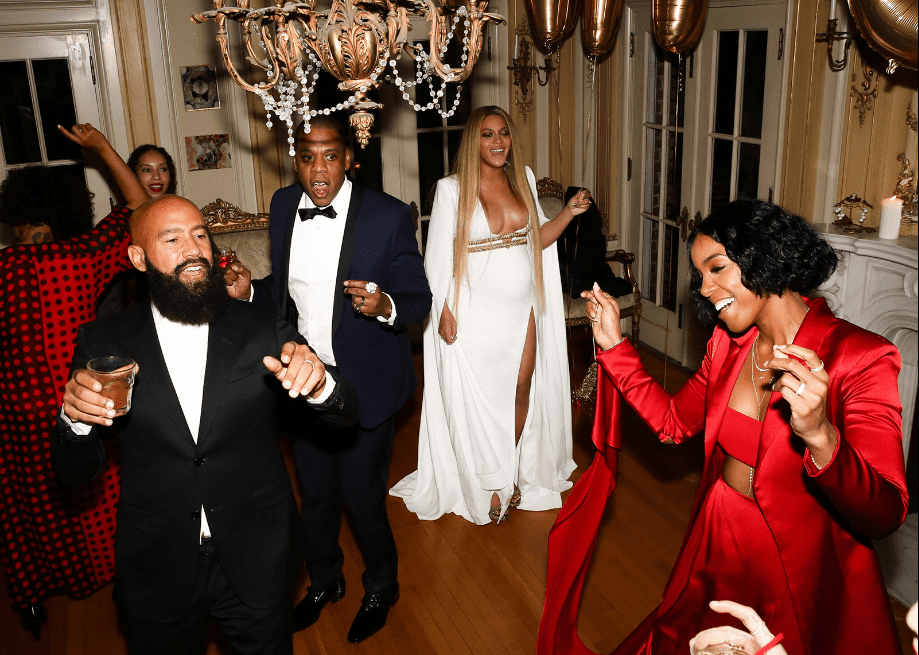 Ever wondered how the Carters get down at the Grammys? From behind-the-scenes snaps to the after-party, Beyoncé gives fans an inside look at the annual ceremony in a new series of epic pics. You’re welcome!

Grammys respond to Beyoncé snub: ‘Be the change you want to see’ Despite claims that the Grammys is racist, Recording Academy President Neil Portnow voices his belief there’s no “race problem,” nor the need to take steps to diversify the candidate pool. In fact, in a new interview with Pitchfork, the music executive suggests that in order to see change, people should shut up, put up, and […]

Grammys 2017: Everything you need to know ahead of the big show It’s time for music’s biggest night of the year, where the hottest stars compete for the ultimate prize, bragging rights. For everything you need to know ahead of Sunday’s big Grammys show, keep scrolling. They’re bringing the laughter Funnyman James Corden of “The Late Late Show” will host the 59th Annual Grammy Awards, which air […]

Beyoncé to perform at the 57th annual Grammy Awards? Rumor has it that Queen B is set to perform at the 57th annual Grammy Awards. But can she top last year’s performance? According to E! News, the president and CEO of The Recording Academy, Neil Portnow, stated at the Billboard Power 100 Celebration in Beverly Hills last night, that “Well this will be so dramatically different than […]