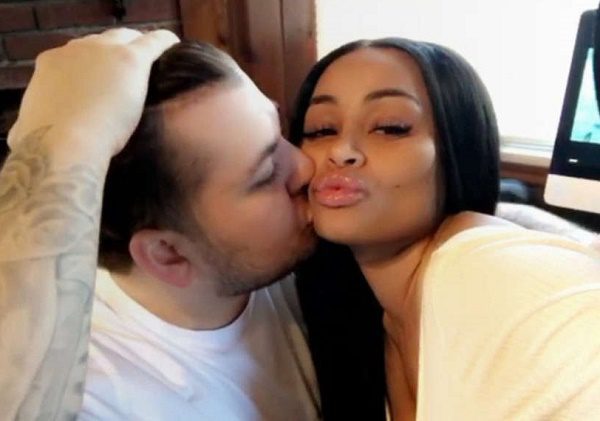 Blac Chyna is planning legal action against Rob Kardashian over his X-rated rant. Earlier this week, the reality star had somewhat of a breakdown on Instagram, when he posted a slew of nude pics featuring his ex-fiancée and the mother of his child. In the rant, which appears to have been retaliation over a clip […]

Blac Chyna lashes out over claims she cheated on Rob Kardashian Blac Chyna has had it with reports she stepped out on Rob Kardashian. This week, the 28-year-old model posted  a fiery response on Instagram to a recently leaked photograph of she and singer Pilot Jones kissing. “Ok let’s state facts !!! I been quiet for too long!!! So JC Pilot Jones whatever the f— his […] Blac Chyna celebrated her son King Cairo’s birthday with friends, family, and a whole lot of Ferraris. According to the reality star’s social media, guests were treated to a candy station from Dip’d N Drip’d, a giant inflatable jumper slide, a taco grill, lemonade stand, Lego stations and a caravan of red Ferraris. “Getting ready […]

Rob Kardashian and Blac Chyna ‘not in a great place,’ here’s why Though they appear to be one big happy family, rumor has it there’s trouble in paradise for Rob Kardashian and Blac Chyna. “Rob and Chyna are not in a great place,” a source tells People. “They are always up and down, but they went through a very rough patch as recently as last week. They […] Are Blac Chyna and Rob Kardashian filming a wedding special? As previously reported, the newly engaged couple inked a deal with E! for their very own docuseries. According to the network, the series, which has the working title “Rob & Chyna,” will consist of six one-hour episodes focusing on the duo’s whirlwind romance and their […] Rob Kardashian and Blac Chyna just announced their engagement one month ago, but they used Instagram once again, to announce their most recent news with an emoji: They’re expecting their first child together. “I can confirm she’s pregnant and of course she’s happy,” Chyna’s rep tells People. Despite the rift their relationship has caused within the Kardashian-Jenner […] Congrats are in order for Blac Chyna and Rob Kardashian. The video vixen announced her pregnancy on Instagram on Friday, May 6. Although there’s been a lot of speculation the recently engaged pair were expecting as early as January – when they debuted as a couple, this is the first time either party has confirmed the rumors […] Rob Kardashian may have what it takes to be a wonderful stepdad. The trio looked happier than ever this week, as the “Keeping Up With the Kardashians” star joined fiancée, Blac Chyna, and her adorable son, King Cairo, on a fire station tour. The Arthur George sock designer, 29, and model, 27, were all smiles […] Rob Kardashian and Blac Chyna showed off their love this week, with a trip to Legoland. It was all about the “pre-birthday turn up” for Rob, as the new couple along with the model and Tyga’s son, Cairo, enjoyed the sights at the popular park on Wednesday, March, 16. Did we mention how great Rob […] Days after making headlines for her budding new romance with a Kardashian, Blac Chyna, real name Angela Renee White has been arrested for allegedly “causing a disturbance” aboard a Texas flight. Police escorted the 27-year-old video vixen from a flight following the incident at Austin-Bergstrom International Airport on Friday, Jan. 29, reports say. Although there […] Tyga addresses the news that his former flame, Blac Chyna, is dating Rob Kardashian. In fact, it appears that the rapper, who shares a child with the video vixen, is taking the high road when it comes to Chyna’s new relationship with Kylie Jenner’s older brother. When asked his thoughts about the controversial romance while […] On Monday, Jan. 25, the rumor mill began buzzing around “new couple” Rob Kardashian and Blac Chyna. Some reports even claimed that the long time reality star and video vixen most recently tied to rapper Future, were carrying a bun in the oven. Now, Kardashian is setting the record straight. On Tuesday, Jan. 26, the 28-year-old […]