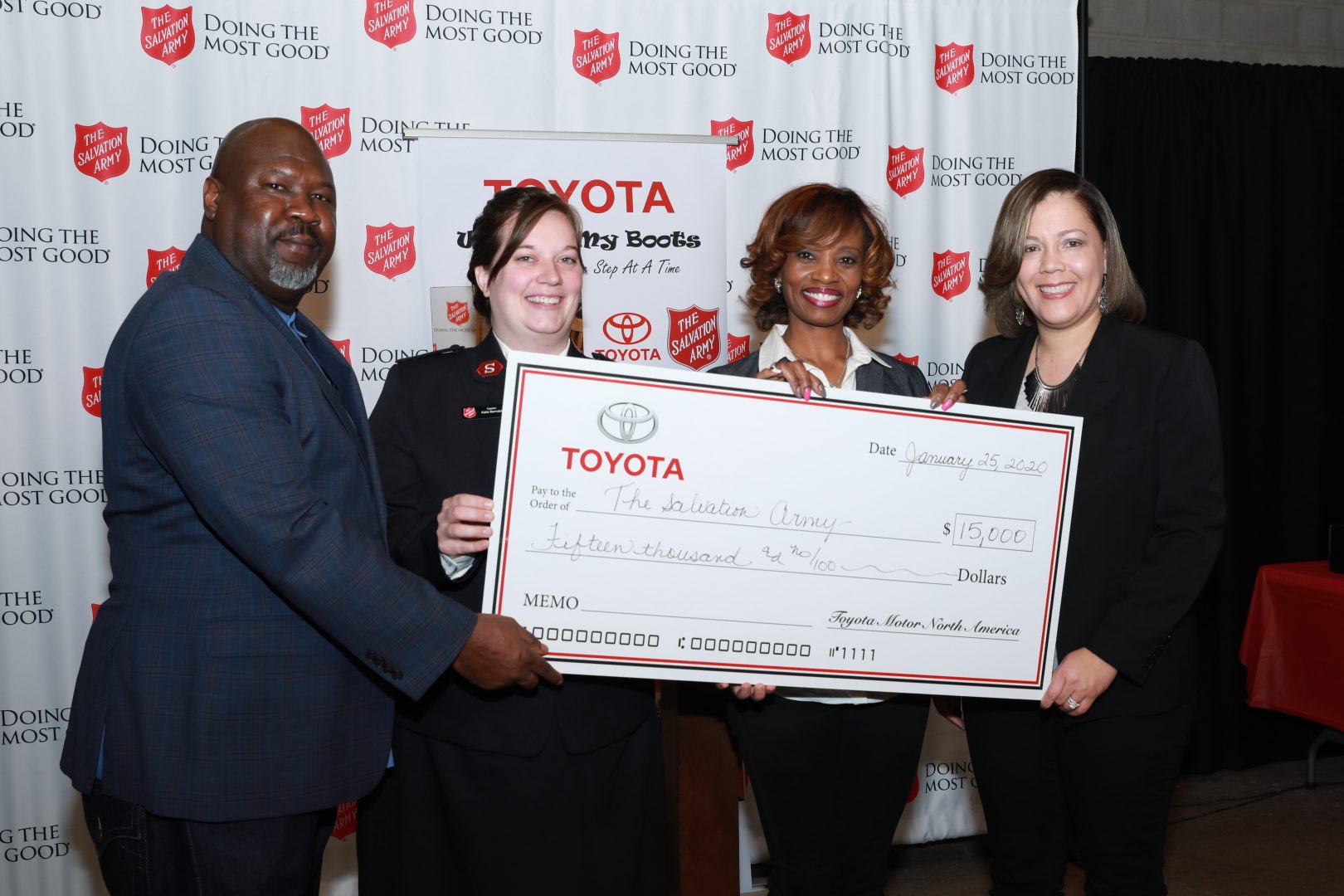 Toyota is proving time and time again that they’re not just a car company.  As part of their efforts to serve communities and support local organizations, they stepped in to help shield numerous Baltimore families in need from the rain and snow through its annual “Walk In My Boots” community outreach program, held on Saturday, […] . Aaron’s Foundation extended its national partnership with the Boys & Girls of America, committing to three years and $5 million to empower at risk teens. This was announced at the Warren Boys & Girls Club of Atlanta recently. They also renovated a space where kids can play games or do homework. The two organizations […]

Pat Neely, Lloyd Boston and Family Dollar give back

Celebrity chef Pat Neely and celebrity stylist Lloyd Boston discuss teaming up with Family Dollar to share good will in preparation for the holiday season. Pat Neely: Super excited, check out who’s in my kitchen. I got the man Lloyd Boston here. Welcome man, welcome. Lloyd Boston: Its good to be here. It’s the famous […]

[jwplatform MWOBYNP7]Family Dollar teamed up with Pat Neely and Lloyd Boston to spread some holiday joy to children at a Boys & Girls Club in Memphis, Tennessee. The looks on the children’s faces were priceless; take a look at the video.

The image most of us have of mainstream classical ballet is one of stick-thin white women  who got their start in the world of dance back when they were toddlers sporting baby ballet slippers and tiny tutus. Prepare to revamp that image now that Misty Copeland has forever changed the face (and a few other […]