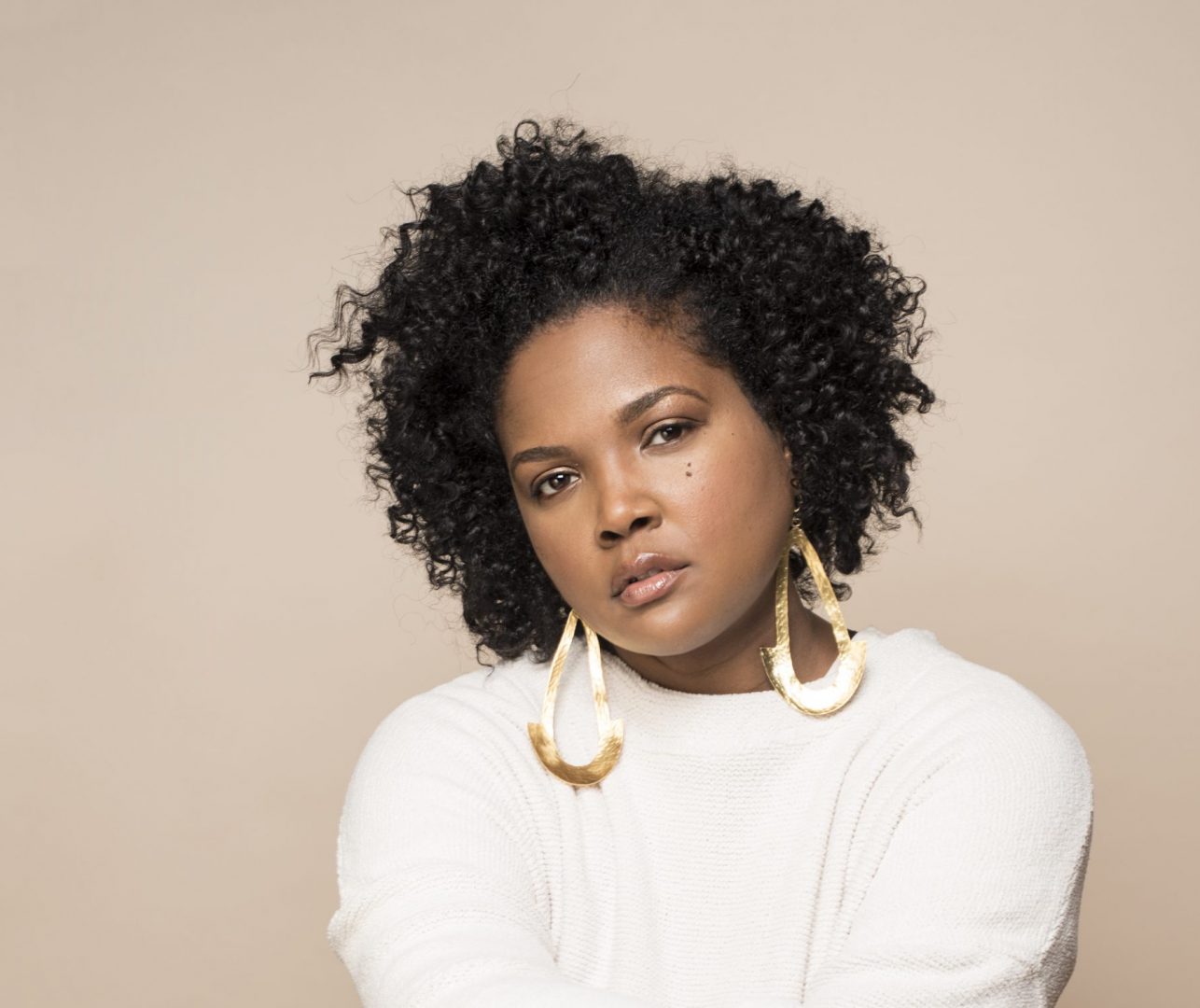 Beatrice Dixon is the CEO and co-founder of The Honey Pot Company, a plant-derived vaginal wellness line. She has leveraged her vast expertise in pharmaceuticals, retail, natural foods and personal passion for wellness and herbal medicine to build an innovative and disruptive plant-derived feminine care system. The Honey Pot Company’s system spans the ongoing needs […] 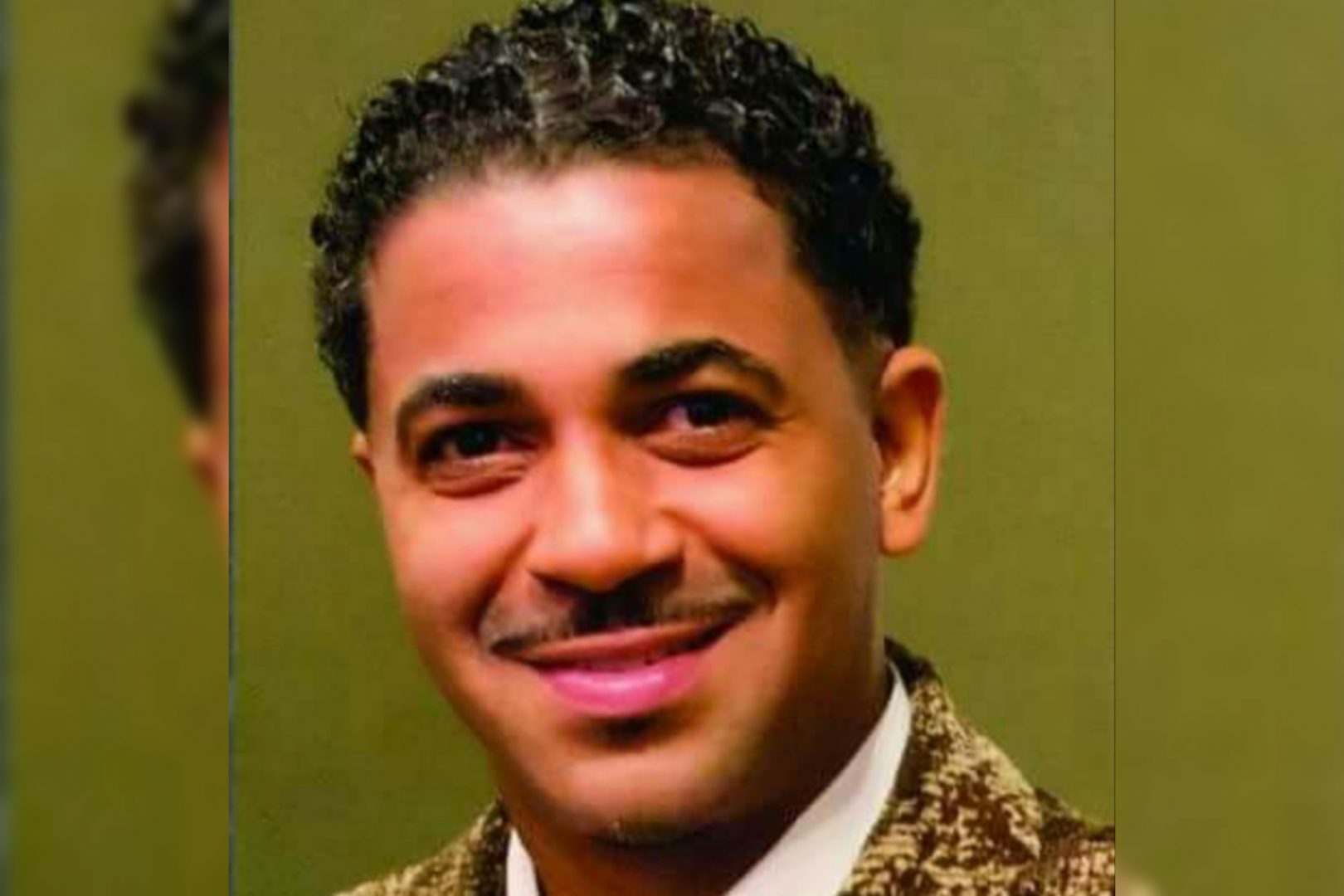 Michael Cox, CEO and founder of Born Vain, sat down with rolling out to discuss his growth as an artist and ever-expanding brand. 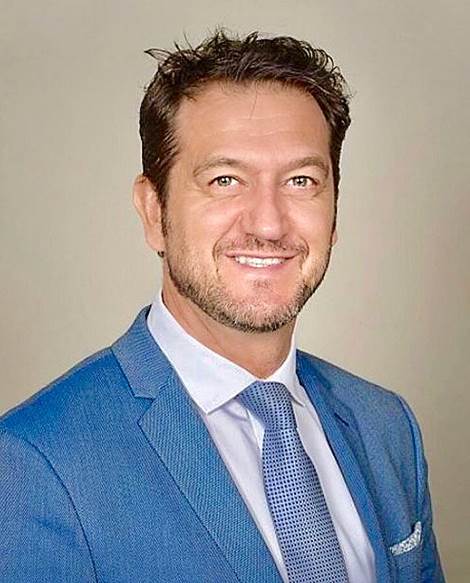 Christophe Pienkowski understands the importance of brand building. As a national Martell ambassador, Pienkowski has traveled the globe to create brand awareness. During, NBA All-Star weekend in Chicago, Martell will host several events. Pienkowski recently sat down to discuss his journey, events in Chicago, and the importance of diversity. What events can we expect from Martell […] 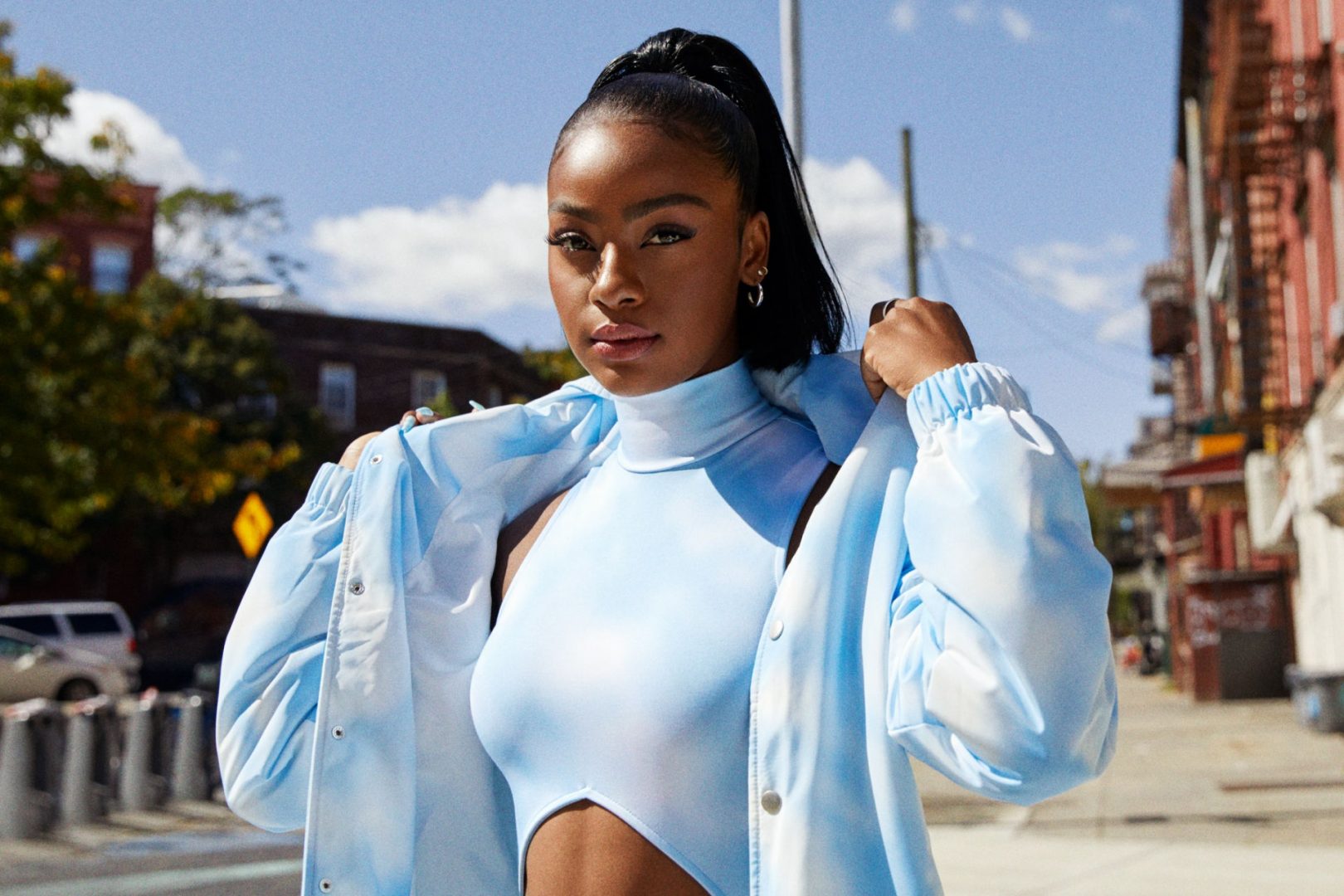 Fashion and music go hand in hand. Over the years, we have seen some of the hottest female recording artists bring their fashion ideas to life through collaborations with major brands. Now, singer Justine Skye has officially joined the ranks of celebrities to team up with one of those brands for a signature collection. Like Rihanna’s […] 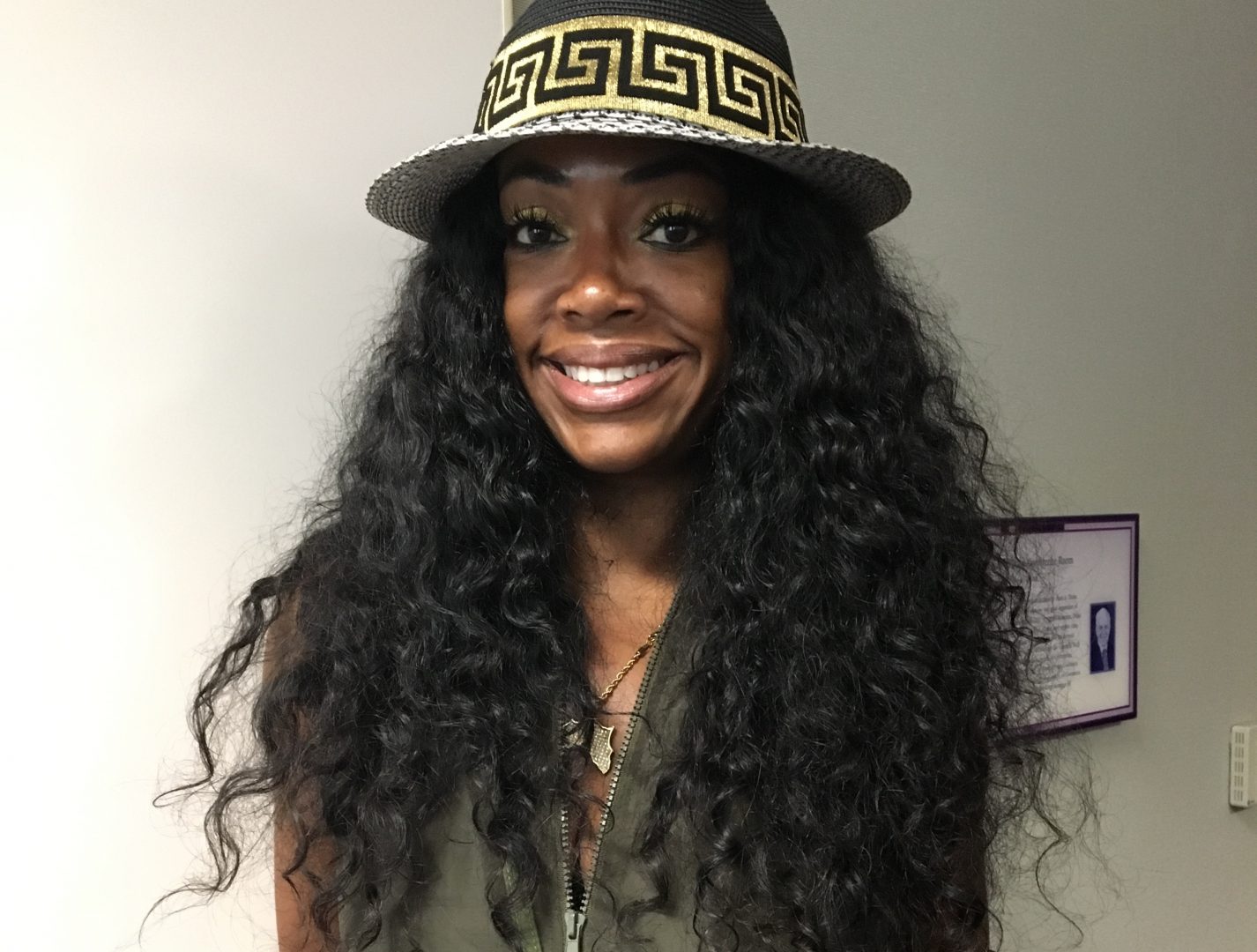 Eboni Elektra, founder and CEO of The Social Light, an entertainment brand, was a featured speaker at the RIDE Conference 2019 on Friday, Sept. 6, in Atlanta. The Atlanta native described her life as an entrepreneur during the “She Leads: Strategies for Effective Leadership” breakout session. Rolling out caught up with Elektra after her session. […] 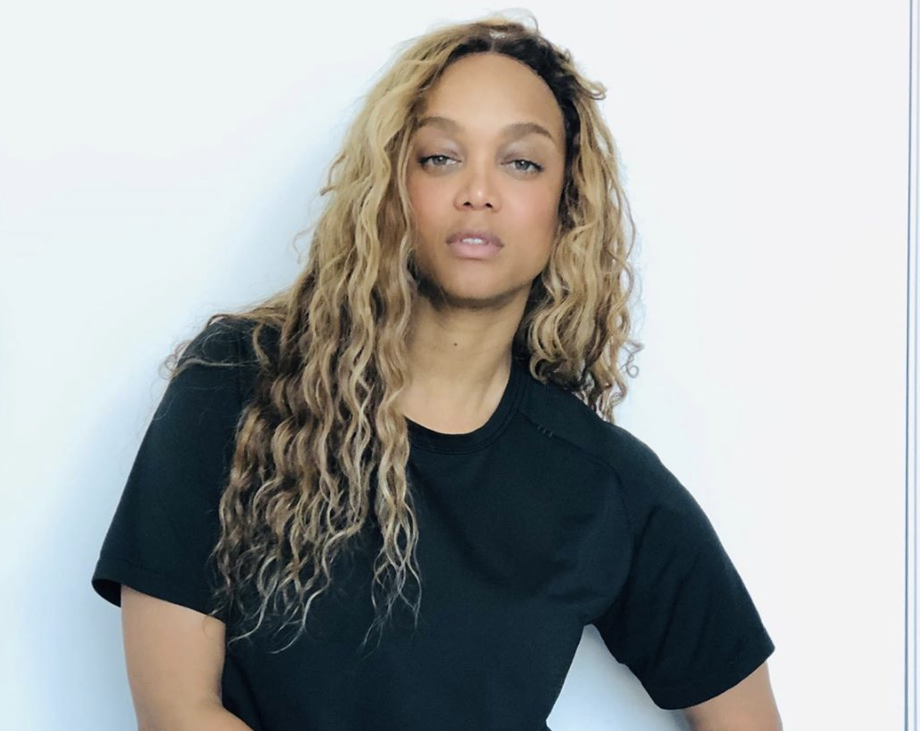 Tyra Banks is set to launch her own brand of ice cream. The 45-year-old supermodel has filed legal documents to trademark the words “Smize Cream” — in honor of the term she coined to mean “smile with the eyes” — and reportedly wants to use it for a new line of frozen desserts. According to TMZ, the […] 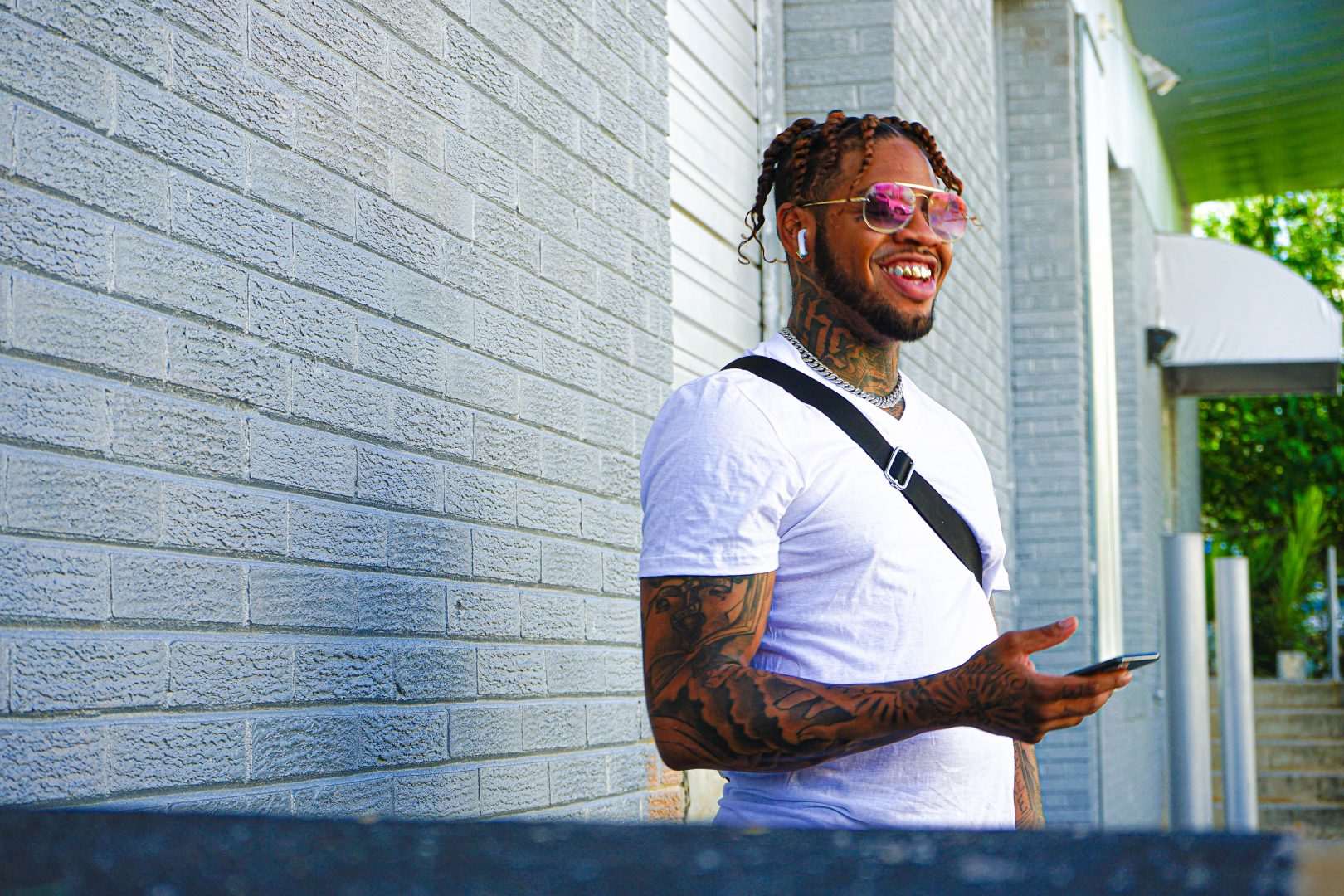 West Atlanta native, Rapper Eurogotit continues to pull rank in the streets with the release of his latest music. Eurogotit stopped by rolling out studios to discuss his new mixtape Foreign Exchange, the struggles of Black men in our community and his new brand.

Why trademarks are crucial for the creative entrepreneur 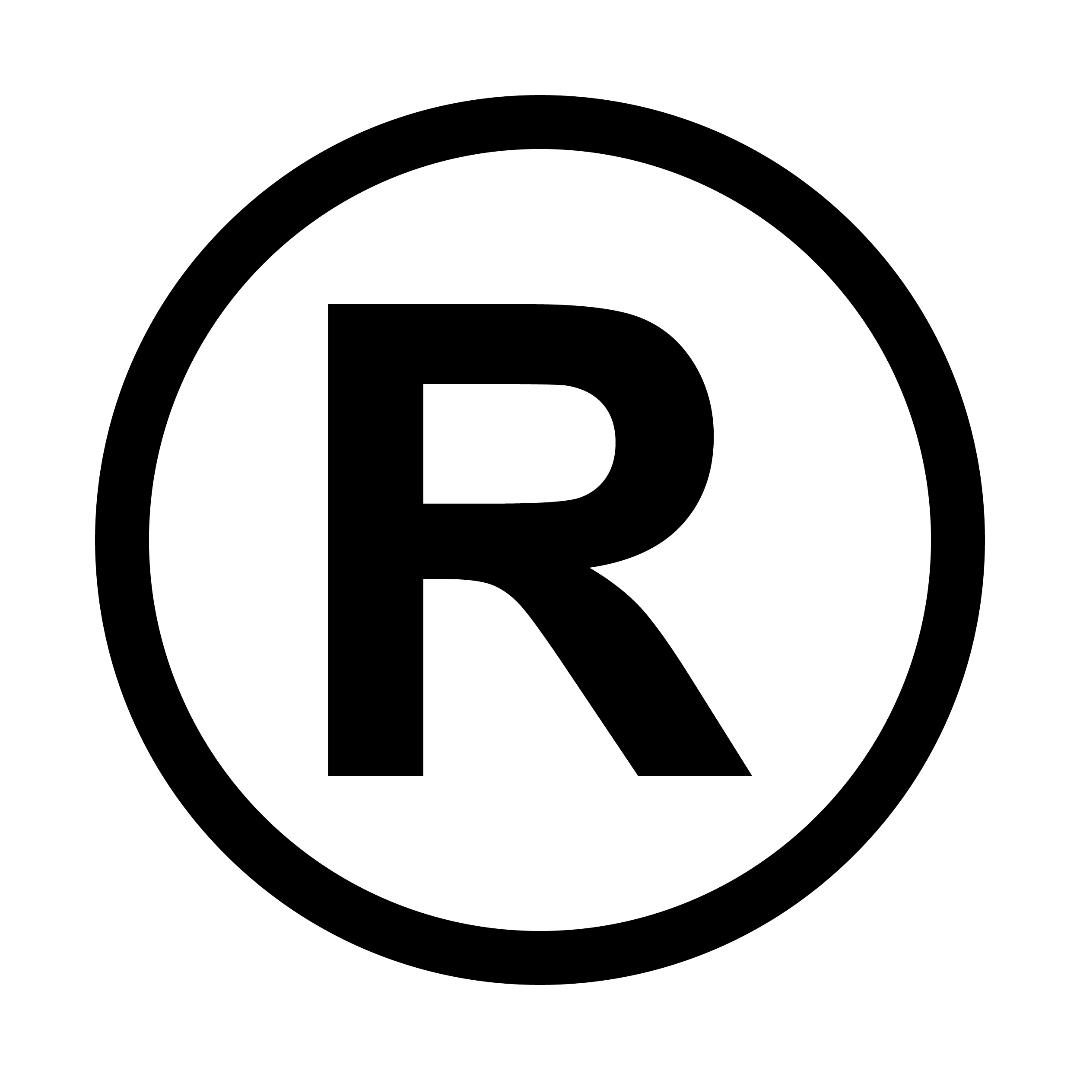 Have you ever wondered if you need to have a federally registered trademark to protect your brand? If you are a business owner or a brand, more than likely you do. A trademark is a word, phrase, symbol or design, or a combination of words, phrases, symbols or designs that identify and distinguish (“mark”) the […]

Why Praise Jackson is Atlanta’s most sought-after brand strategist 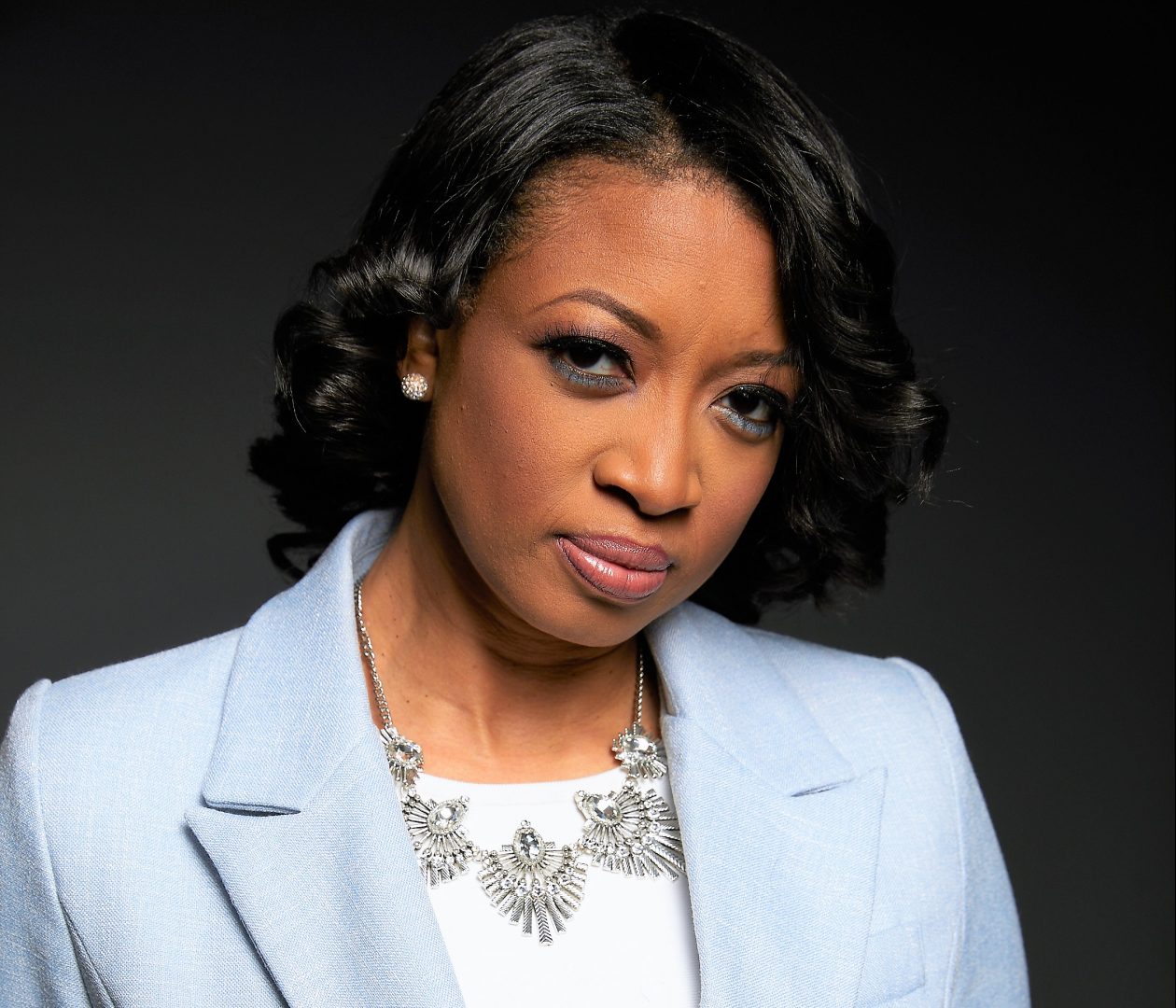 Praise Jackson is founder and CEO of Elements of Delight, an agency that provides brand strategy and image consulting services. The Georgia State University graduate spent most of her professional career in the model and talent industries. Jackson, who started her company in 2014, has worked with some of the best and brightest in entertainment, […] 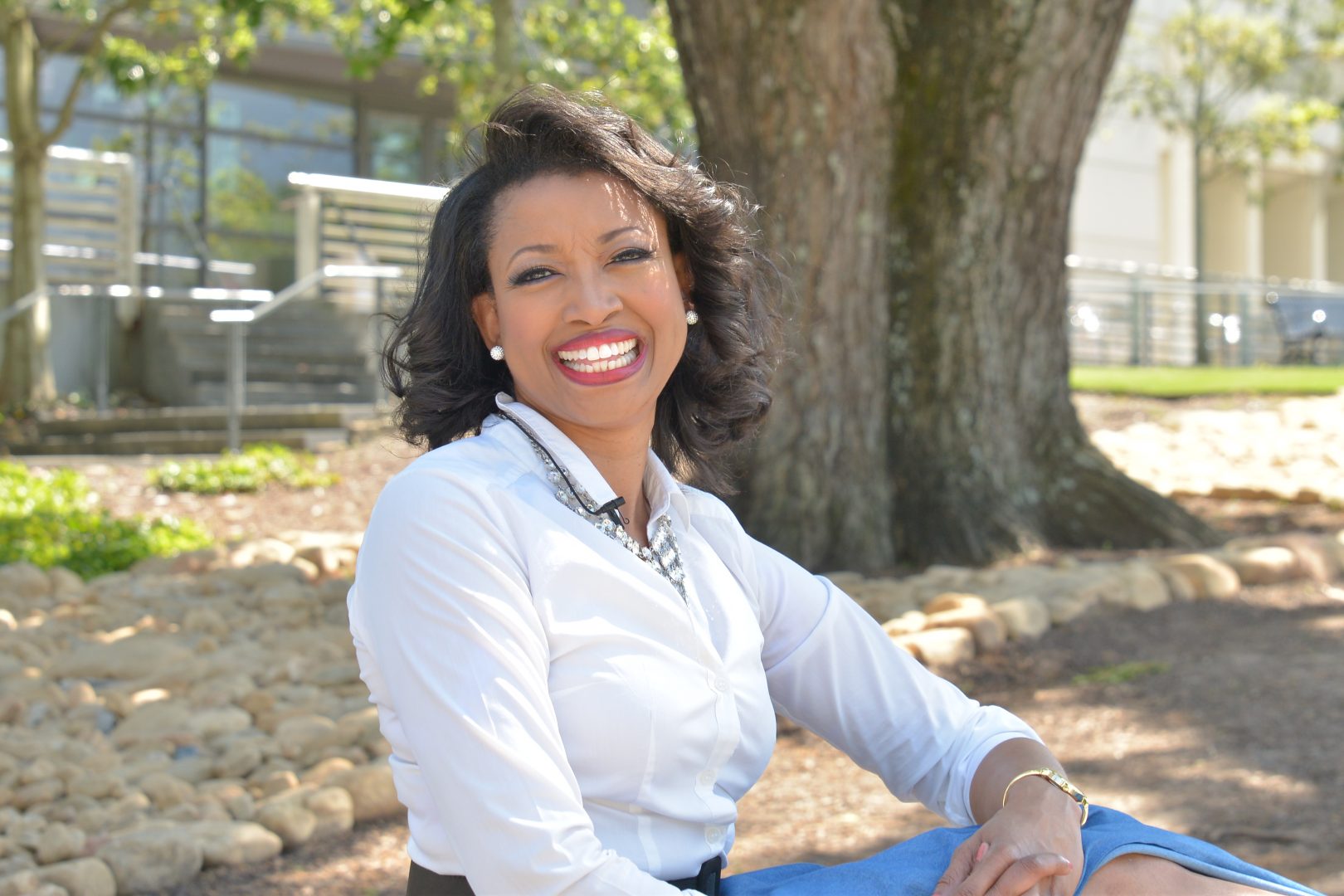 By Praise Jackson Brand and image. We often hear and see these two five-letter words whether in print, on television, on the internet or on social media. When speaking of “brand,” we associate it to a company’s identity, logo, product or service offerings. While thinking of the idea of an “image,” your favorite celebrity may possibly come […] 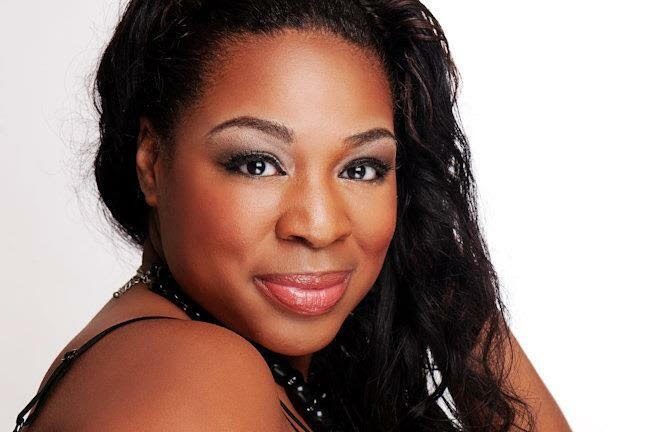 Aniesia Williams knows the fabric of what makes a company move and a brand become a household name. She’s a brand strategist, journalist, and content creator for multiple industries. Her resume includes working relationships with companies such as Lincoln, Lionsgate, Mercedes Benz, and more. She also runs AGlobalLifestyle.com and was recently named director of content […] 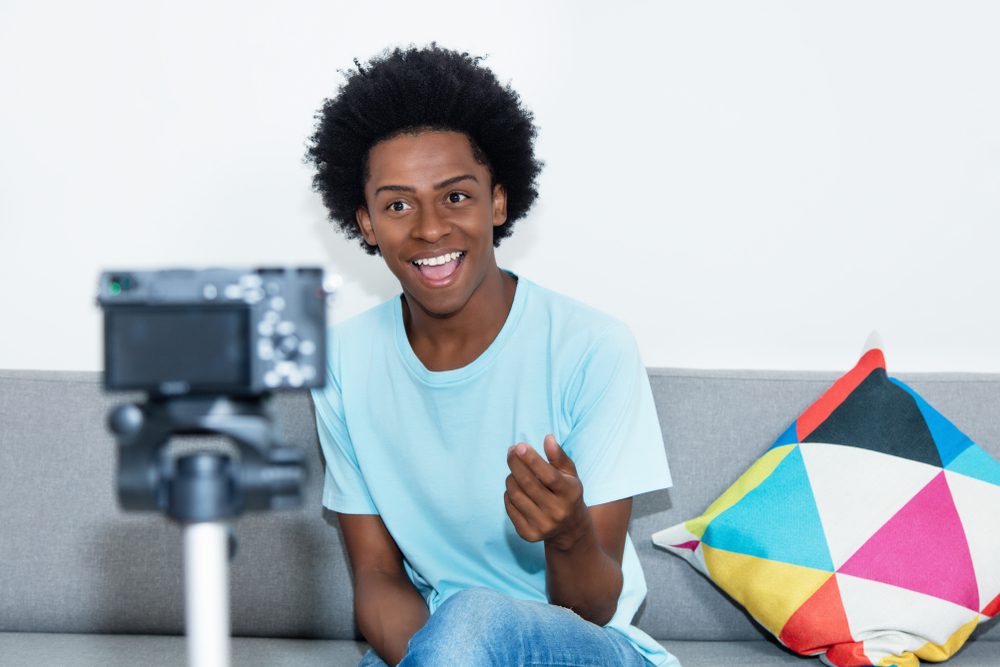 Should brands like Nike penalize talent over religious beliefs? Manny Pacquiao recently lost his Nike endorsement because of his anti-gay statements. He was asked his personal feelings on gay marriage during a political debate; however ,after being honest about his beliefs, he was penalized with the loss of an endorsement. For an athlete or celebrity, losing an endorsement is an automatic financial setback, but […] The Beyoncé train is raring up to make a big surprise in 2016. In true Queen Bee fashion we won’t know exactly what the plan is until it’s too late and we have no choice but to ingest the phenomenon that is Beyoncé in all its glory.

Breaking down ‘branding’ and the business of capital for startups For the love of that Q score, publicists would sell their soul They say the Internet was the death of the mega superstar and without being facetious I believe there is truth to that. If the internet wounded the superstar, then social media undoubtedly snuffed out the very definition, and now we are an industry filled with popular people for very little reason outside of visual stimulation. […] Vivica A. Fox and 50 Cent clearly had one of the worst breakups in Black Hollywood history. Their connection was the embodiment of a May-December romance gone wrong, and exemplified why bad boys don’t always make the best bed partners for older women. The short-lived romance fizzled out almost immediately, but Fox, like many women, has had […] It’s a tough time for small businesses and aspiring entrepreneurs working to make their professional dreams a reality. The Brand Masters Tour organizers understand the challenges too well, that’s why they are taking their knowledge on the road and their inviting fellow brand masters to join them on their 10-city tour that aims to revitalize small-business owners […]