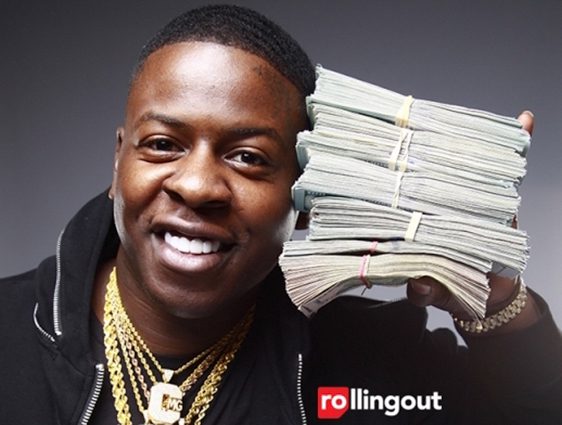 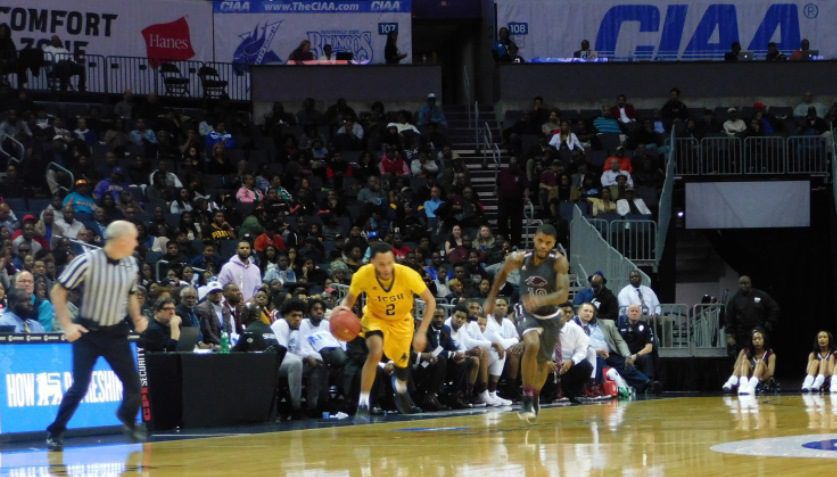 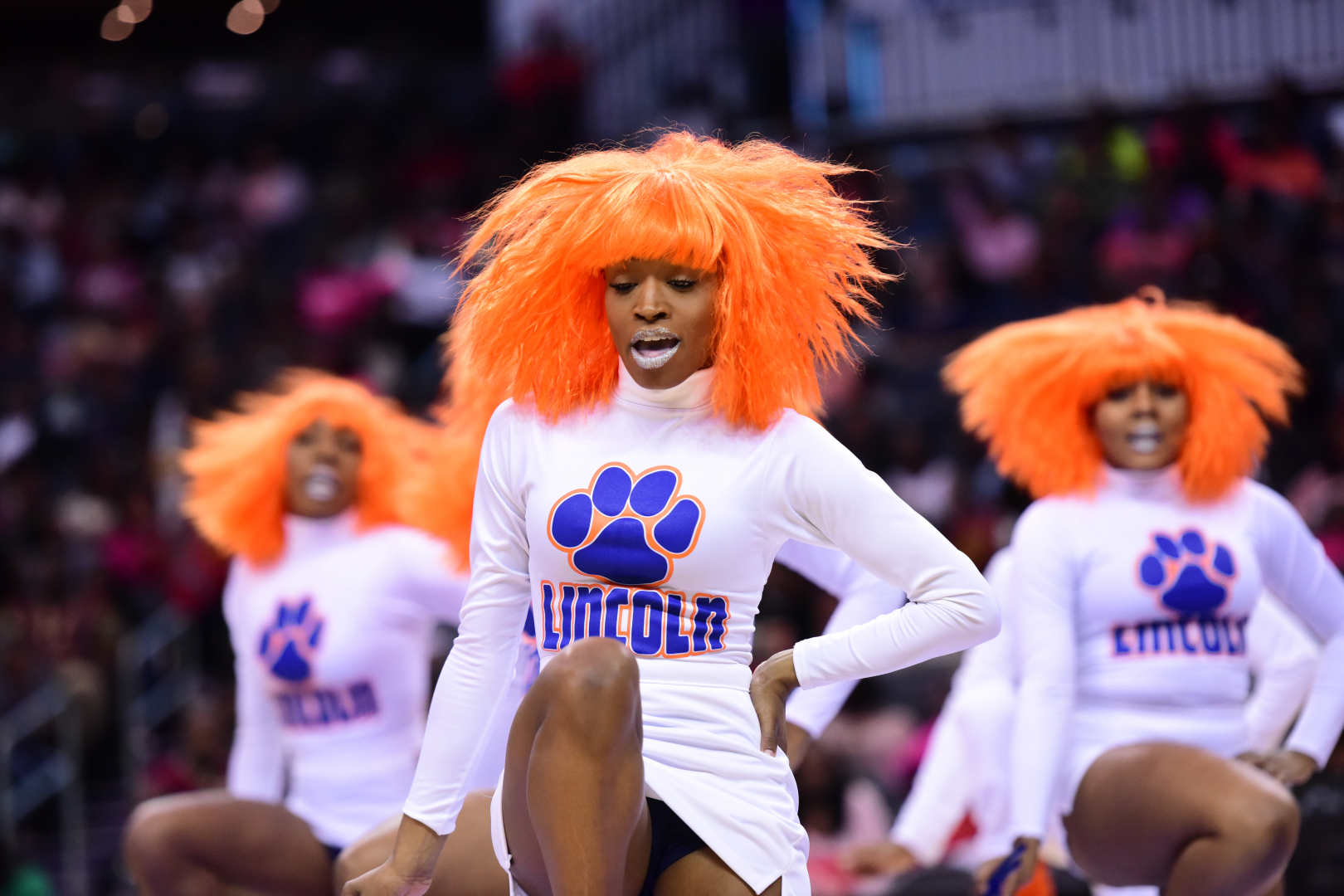 The Central Intercollegiate Athletic Association (CIAA), comprised of 12 historically black colleges and universities, is home to one of the nation’s most popular basketball tournament weekends. Attracting over 200K people to the city during tournament week, the CIAA Tournament generates over $55M annually for the city of Charlotte, North Carolina. More importantly, tournament activities have […] 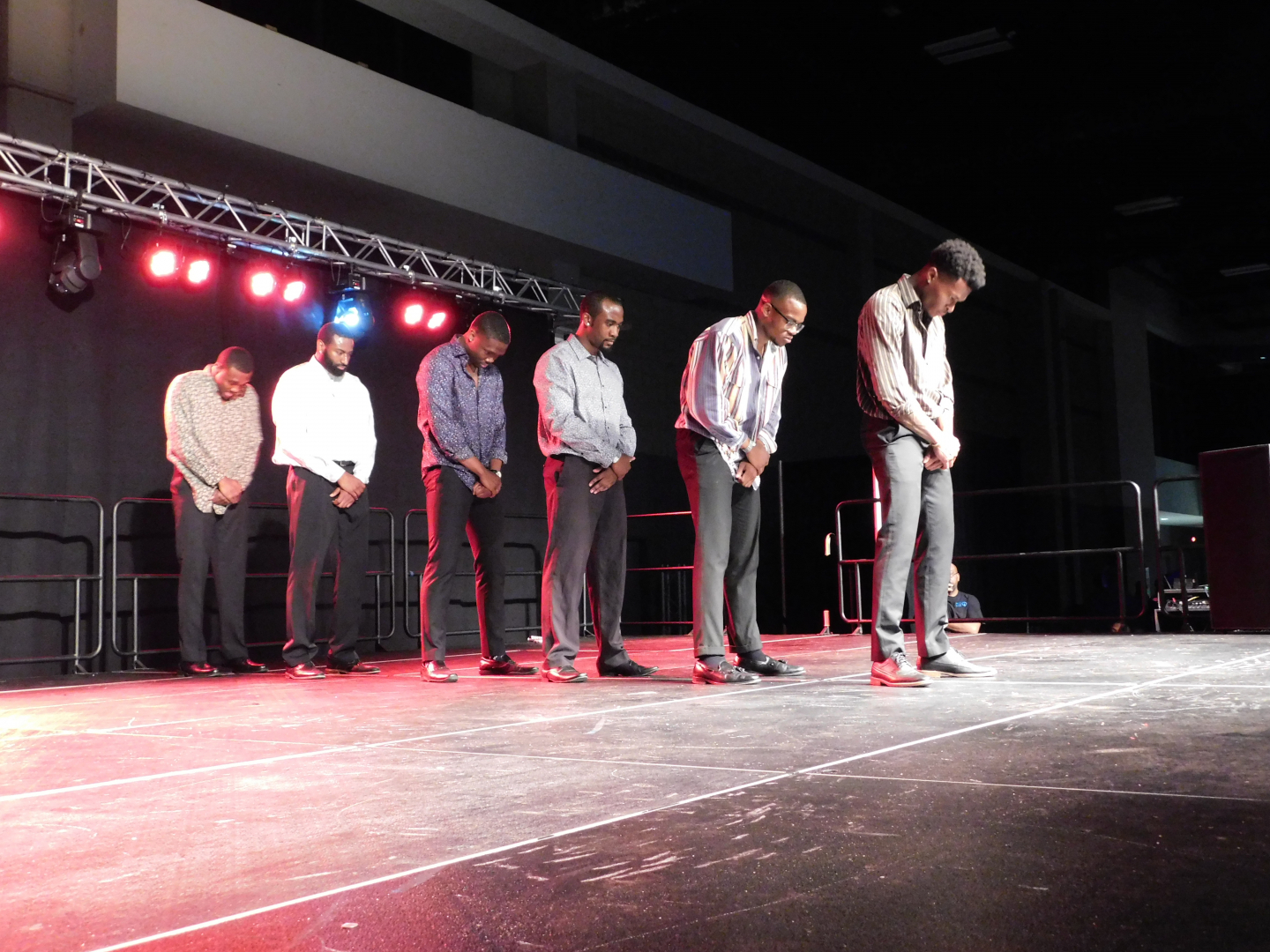 [jwplatform zglYUFeT] The Central Intercollegiate Athletic Association Basketball Tournament, held in Charlotte, North Carolina, kicked off with intense tournament matchups and events for the entire family. The CIAA step show presented by McDonald’s is always a fan favorite. This year’s show was a Greek vs. Greek Throwdown featuring the Divine Nine step teams. Each step […]

Brian ‘B. Daht’ McLaughlin shares how the CIAA shaped his life’s experiences 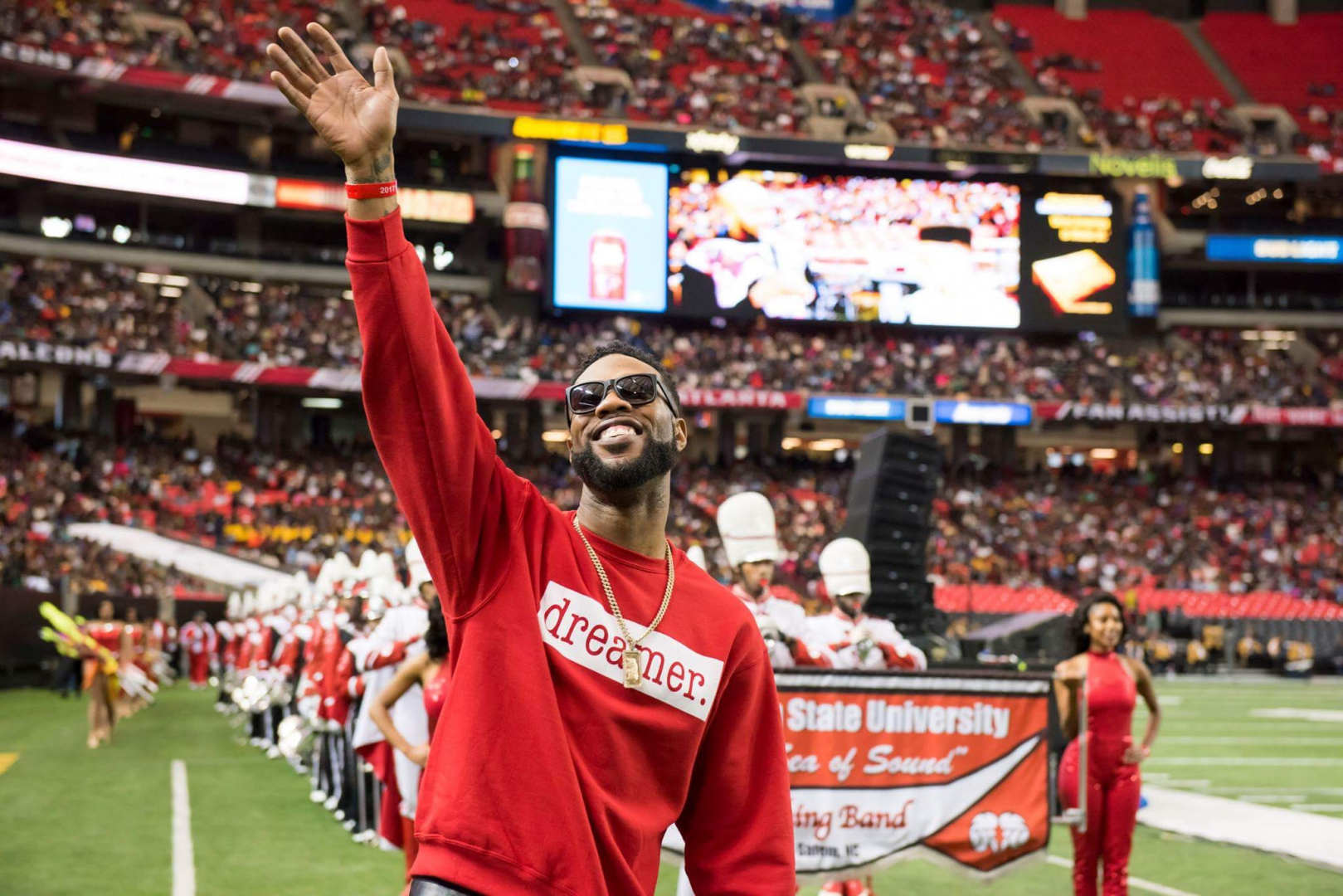 The Central Intercollegiate Athletic Association (CIAA) is a collegiate athletic conference that consists mostly of historically Black colleges and universities and also provides support to its students and student-athletes in the form of internships, jobs and scholarship opportunities through partners like Food Lion and Coca-Cola. Meet Brian McLaughlin, also known as B-Daht, a recipient of […] 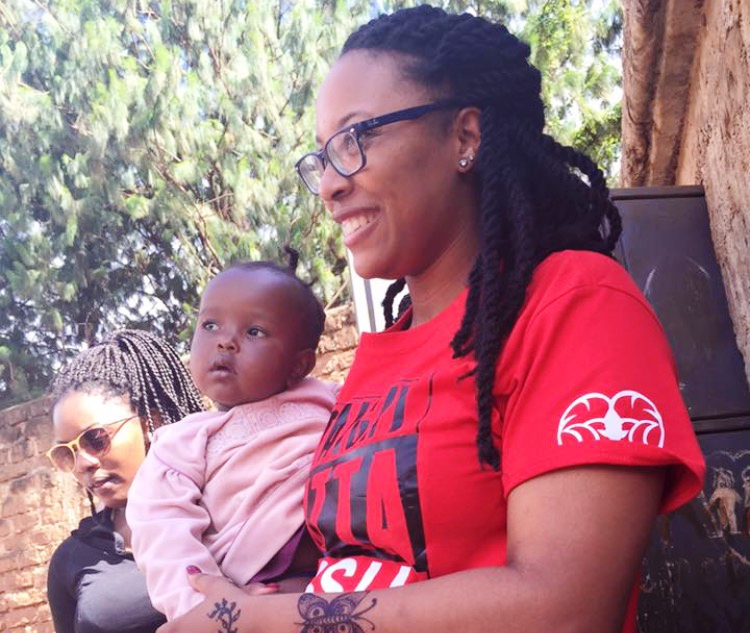 Ashley Michelle George is a bright college student majoring in social work at Winston-Salem State University. She plans to graduate in 2018 with her bachelor’s degree, then go on to pursue both her master’s degree and Ph.D. in social work. She recently received a Central Intercollegiate Athletic Association (CIAA) scholarship, powered by Food Lion and […] 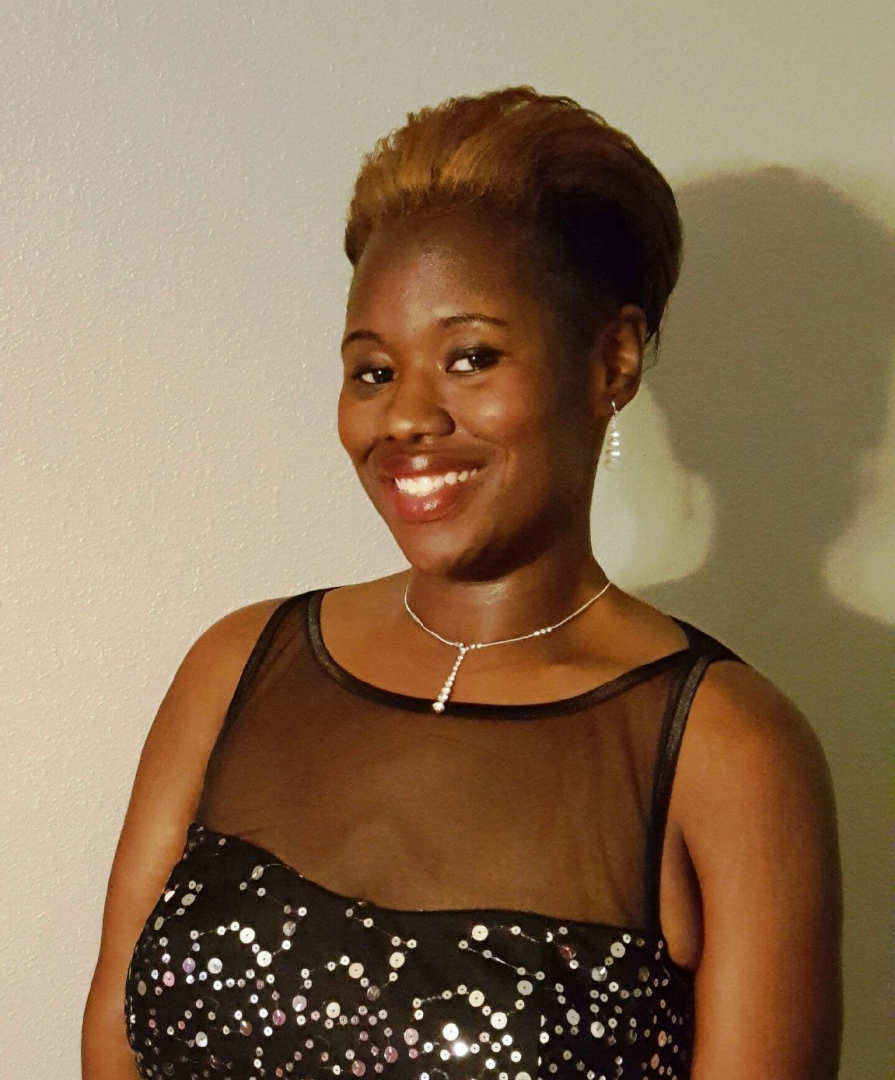 The Central Intercollegiate Athletic Association (CIAA) provides support to its students and student-athletes in the form of internships, jobs and scholarship opportunities through partners like Food Lion, a major grocery chain located in 10 Southeastern and Mid-Atlantic states. Meet Angela Beverly-Kibler, a 2003 Johnson C. Smith University alumna who currently serves as an employee relations […] The CIAA Basketball Tournament represents the third largest NCAA basketball tournament in the nation, reaching over 200K fans yearly, with an economic impact that exceeded $55 million in 2015. The mass of fans that participate, as well as the emphasis on education and HBCUs specifically, make it a treasure trove for brands looking to drive brand awareness […] The 2016 CIAA Tournament weekend is officially underway and the energy in Charlotte, North Carolina, is building as thousands of visitors descend on the city for three days of basketball games, parties, fan activities and seminars. The Charlotte Convention Center is always a popular gathering ground to connect with brands, win prizes and meet celebrities. Rolling out checked […]

A day in the life of CIAA Commissioner Jacqie McWilliams In 2012, Jacqie McWilliams anticipated her new position as the first appointed female commissioner of the Central Intercollegiate Athletic Association. Williams works closely with the board of directors and staff and provides leadership in strategic planning, day-to-day management and financial stability for the CIAA in an effort to produce a culture that supports the advancement of student-athletes […] Places to eat and play in Charlotte during CIAA The CIAA tournament is a celebration of college players who have succeeded expectations on the court throughout the basketball season. The tournament, which is hosted in Charlotte, North Carolina, represents legacy and tradition. Tournament weekend brings a fun whirlwind of family focused events and after hour festivities to the Queen City. Whether you’re craving southern […]

Get to know Derek Ross, PR innovator who’s taking CIAA to next level Derek Ross started working with the CIAA Tournament in 2006. He is the founder and CEO of the D2Group, a brand specialty firm managing and building the brands of artists, athletes and businesses. The firm currently serves as the lead PR and marketing agency for the CIAA Tournament that takes place annually in Charlotte, North Carolina. With the […]

Best barbershops to visit in Charlotte, the Queen City, during CIAA The CIAA Tournament, which will take place in Charlotte, North Carolina, at the Time Warner Cable Arena, brings a plethora of exposure to the city year after year. Tournament fans will flood the Queen City attending basketball games, tournament events, and celebrity hosted parties. Rolling out had a chance to catch up with two of […]

Top salons and beauty bars to visit in Charlotte during CIAA Let’s face it, looking fabulous for the CIAA Tournament is kind of a big deal. Rolling out caught up with some of the Queen City’s most popular hair salons and beauty bar owners that are ready to keep you looking flawless. With all of the tournament games and other festivities, you can scratch hair and beauty care […] [jwplatform K5nKoRhO] “The Real Housewives of Atlanta” cast member Demetria McKinney performed “100” at CIAA Fan Fest in Charlotte, North Carolina. The crowd loved her and sang along to every line. Check out her live performance. Video by Joi Pearson Photography Ginuwine performed live at the Convention Center for CIAA Fan Fest in Charlotte, North Carolina. The ladies screamed as he took the stage wearing a red leather vest and matching belt, to perform hits like “In These Jeans,” “Pony” and a few Michael Jackson songs. In the middle of his set, Ginuwine brought out K-Ci […]