Diddy bringing back ‘Making the Band’ to delight of fans (video) 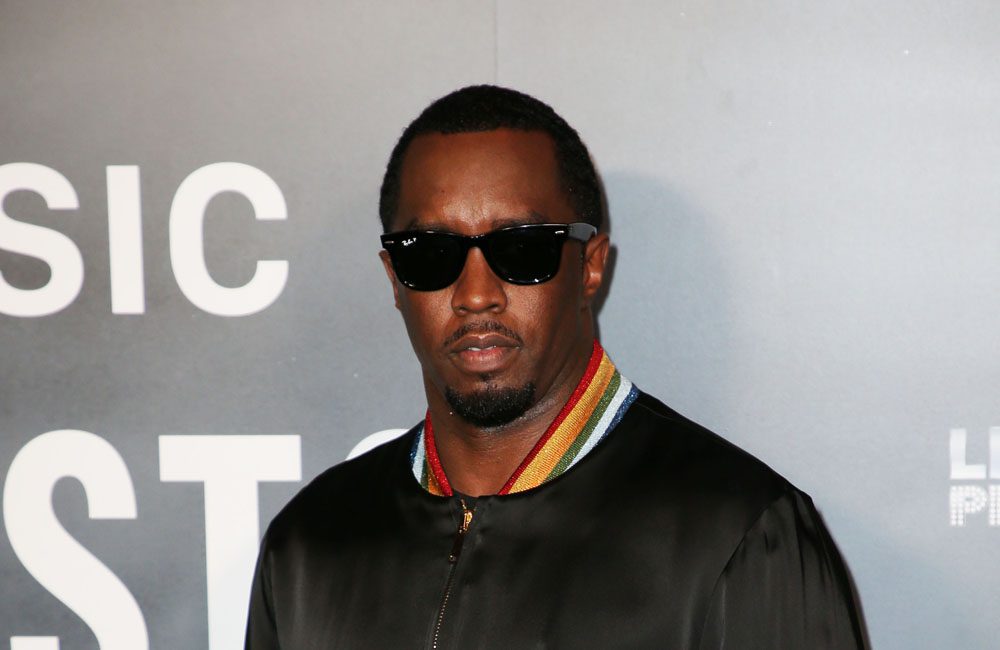 Music maestro Sean “Diddy” Combs is bringing back the exciting and fruitful TV platform that made national stars out of Danity Kane, Da Band, Day26 and O-Town. According to Diddy himself, he and MTV are going to partner up once again to reboot the classic reality show, “Making the Band,” that was canceled a decade […]

Dumblonde gives their take on why Danity Kane broke up Fans cringed in disappointment last year when the remaining three members of Danity Kane broke up, once again, after Dawn Richard reportedly punched Aubrey O’Day in the head during a heated studio argument. Since then, Richard claimed that the breakup was spurred because O’Day and Shannon Bex were trying to monopolize lead singing time and […] Danity Kane’s comeback album was one of the most anticipated projects last year, but their road to glory turned into an embarrassing train wreck when Dawn Richard attacked Aubrey O’Day and the group subsequently broke up before the release of the album. Since then, the ladies have pointed fingers at each other about why the […]

Dawn Richard tells her side of Danity Kane split It’s been quite the dramatic week for former group Danity Kane. First a full on fist fight. Then a nasty online feud. Now, the former “Making the Band” group has disbanded (again) after reuniting for their big comeback just last fall. As previously reported, following the […]

Danity Kane breakup Danity Kane calls it quits for good and bandmates Aubrey O’Day and Shannon Bex are pointing fingers at Dawn Richard. As previously reported, on Tuesday, Richard and O’Day were involved in a brutal brawl at a Los Angeles, California recording studio where Richard socked O’Day in the head. Although Bex attempted to […]

Dawn and Aubrey of Danity Kane get into fistfight

Catfight! Apparently things went down in a Los Angeles studio on Monday between Danity Kane members Dawn Richard and Aubrey O’Day when a disagreement went sour. According to TMZ, Richard socked O’Day with a closed fist to the head during a “violent brawl” during an early morning recording session. Although the third member of the […]

Which Danity Kane member ditched the group to start a family?

Didn’t they just reunite? Well, that’s not stopping one group member of Danity Kane from leaving the group to get married and start a family. During their Saturday night show in San Fransisco, Aundrea Fimbres announced to fans that she was dropping out of the group, but not totally. “I just recently got engaged — […]

Weeks after their comeback concert, Danity Kane tries to keep the momentum by dropping a new single. Despite lawsuit threats by former group mate D. Woods, Danity Kane is determined to make their mark in the music game. Check out their latest single “Bye Baby” below. Love it or leave it alone? – ruthie hawkins/@ruubabie

KING magazine ’The Illest Mens Magazine Ever’ has gorgeous R&B ladies like Janet Jackson, LeToya Luckett and more to grace their cover which means its not just a beautiful voice they are looking for. Check out these ladies sexy magazine covers in the gallery. –Joi Pearson @joiapearson

After wishing fans a Happy New Year, we’re checking out how celebrities like Dwyane Wade and Gabrielle Union, Chris Bosh, Rihanna, Solange, Jay Z and Beyoncé, Chris Brown and Karreuche Tran and most spent the New Year’s Eve holiday. Hit the flip for our NYE roundup below. – ruthie hawkins/@ruubabie

Did Pebbles get TLC dropped from Epic Records?

In the last few weeks, TLC’s feud with their former manager, Pebbles, seems to have overshadowed their acclaimed Vh1 biopic as well as their planned musical comeback. Perhaps all of that fuss with Pebbles, who is threatening to sue them and Vh1 over her portrayal in the biopic, has become too much for TLC’s new […]

Whatever bonds between former hip-hop comrades Gucci Mane and Waka Flocka Flame were already broken when Gucci went on an epic diss-filled Twitter tirade against Waka and a slew of other rappers earlier this year. But if you thought the former friends would part ways semi-peacefully, think again. A new report reveals that Gucci is […]

Did Chris Brown single handedly destroy Danity Kane’s chance for a comeback? As most of you know, Brown has returned home after his arraignment in D.C. following the assault charges he racked up last week. Unfortunately for Danity Kane, that little concert where they were to make their comeback has now been cancelled. The 92.3NOW […]

TLC tells Pebbles, Crystal Jones to ‘get over’ biopic portrayals

Since the acclaimed TLC biopic, CrazySexyCool: The TLC Story, premiered this past Monday,  the girl group’s former manager, Pebbles, and their ex-member, Crystal Jones, have both voiced their disdain over the biopic, saying it falsely paints them in a negative light. Although the surviving members of TLC have previously taken the high road when it […]

Music fans have been buzzing about the upcoming TLC biopic, CrazySexyCool: The TLC Story. While surviving members T-Boz and Chilli have been busy promoting the film, the two singers have been opening up about their tumultuous relationship with their former mentor, Pebbles. In addition, although Pebbles recently threatened legal action against the group over her negative portrayal in the film, T-Boz recently […]

Drake says he fixed his broken friendship with Nicki Minaj

Although Drake’s Nothing Was The Same just hit shelves yesterday, fans have been talking about the album ever since it leaked two weeks ago. One particular verse from the album has fans buzzing about Drake and his friendship with his Young Money crush Nicki Minaj, with whom he claims he had a rift for some […]