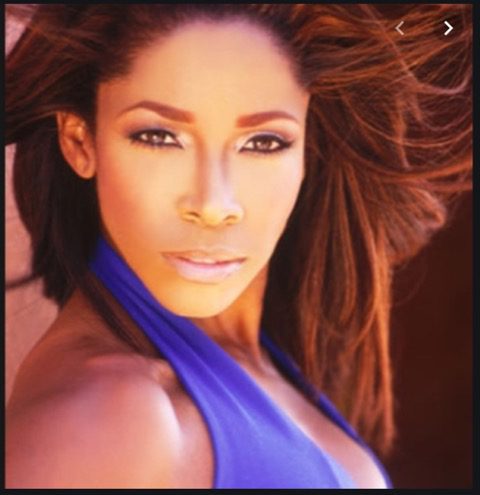 Many people recognize AJ Johnson from her beloved role as the mother in the ’90s cult classic Baby Boy. However, Johnson’s career spans over three decades as an actress, fitness model, and most recently, a trusted life coach.  After training many of her celebrity peers, Johnson realized there was a holistic connection between health and […] Detroit on-air radio personality for Hot 107.5’s “Morning Heat” and former winner of VH1 reality TV show “Flavor of Love,” London “Deelishis” Charles celebrated her birthday with family, friends, colleagues and supporters in her hometown this year. The beautiful local celebrity turned 30 and brought in her birthday at the Detroit Seafood Market and PV. The […]

Deelishis has been facing a firestorm of criticism ever since rumors began last month that she’s dating recently single rap star Wiz Khalifa fresh off the heels of his divorce from Amber Rose. Although the former “Flavor of Love” star has left her relationship status with Khalifa ambiguous in the public eye, she recently connected […]

Deelishis confirms whether or not she’s dating Wiz Khalifa

Has Wiz Khalifa officially moved on from his ex-wife Amber Rose? While celebrities across the nation gathered with loved ones for the Thanksgiving holiday, the “Black & Yellow” rapper was spotted with “Flavor Of Love” star turned radio host, Deelishis, cuddled up and cozy. Before sharing a pic of the two showcasing their holiday spirit, […]

Beauty and the Beast Swag Lounge at the 2013 ESPY Awards

Tuesday, hip-hop superstar The Game hosted the “Beauty and The Beast SWAG Suite” at the Game Sports Club, celebrating the Beauties and the Beasts in sports, as part of the 2013 ESPY Awards festivities in Los Angeles. Attendees including former “Flavor of Love” contestant Deelishis, “The Voice” corespondent Christina Milian, rapper Charli Baltimore, DJ Babey […]

Tiffany “New York” Pollard was once the greatest breakout star in reality TV history, having won over millions of fans as the wannabe girlfriend of Flavor Flav on “Flavor of Love.” Although she didn’t win Flav’s heart, Pollard landed a string of reality shows on VH1, including “I Love New York,” “New York Goes To […]

Chandra Davis, aka London Charles and Deelishis, is a model, video vixen, and a reality show contestant best known as the winner of VH1’s hit reality TV show “Flavor of Love 2” and being romantically involved with Flava Flav. Recent reports have alleged that Deelishis was involved in an altercation with her husband and had to jump out of a window to flee […]

Reality TV star Deelishis has had the craziness of her love life plastered all over TV screens and tabloids ever since she competed to be Flavor Flav’s No. 1 woman on “Flavor of Love.” But, recently, reports claimed that Deelishis was involved in an altercation with her husband and had to jump out of a […]

Earlier this week, “Real Housewives of Atlanta” star Kenya Moore’s reputation was tarnished when her on-screen boyfriend, Walter Jackson, alleged that Moore asked him to pretend to be her boyfriend for the cameras. After vaguely responding to his claims on Twitter, Moore recently told talk show queen Wendy Williams that Jackson’s claims are false. On […]