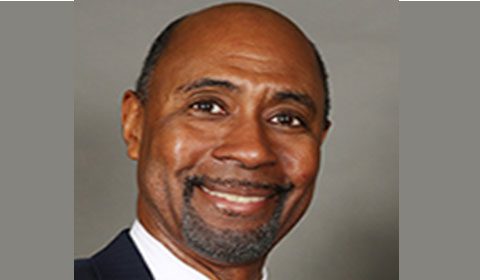 The Morehouse College campus was rocked with the news that interim President William Taggart has died.  According to sources, Taggart suffered an apparent aneurysm. An autopsy will be conducted to determine the exact cause of death. Taggart took over leadership of Morehouse College after the Board of Trustees did not renew the contract of Dr.… For those who had the good fortune to meet Atlanta marketing and communications professional Margaret Kargbo, you know what it’s like to be graced with a sweet soul who exuded professionalism and was teeming with creativity. Kargbo, the CEO of iWonder Media Group, who dubbed herself “creative matchmaker,” took her last breath doing what she does…

St. Louis Cardinal Oscar Taveras, 22, dies. The MLB player allegedly lost control of his red Chevy Camaro while riding with his 18-year-old girlfriend, Edilia Arvelo, who also died, in his native Dominican Republic. “We are all stunned and deeply saddened by the tragic loss of one of the youngest members of the Cardinals family,” Cardinals…

YouTube makeup artist sensation Talia Castellano took her last breath today. She was surrounded by family and friends. The 13-year-old could “beat” a face; despite her age, she was quite talented. The adorable teen suffered from an aggressive form of cancer, neuroblastoma, and pre leukemia but she rocked her bald head and was vivacious.

Christine Calderon, 23, was walking with a male co-worker down Hollywood’s star-lined “Walk of Fame” on Tuesday, June 18 when she was stabbed to death by three transients for taking a picture. The panhandlers were angered that Calderson took a cell phone photo of them without paying them. According to her co-worker, they were holding…

Our editor at large, Terry Shropshire, reported that Bruno Mars’ mother, Bernadette Hernandez, 55, suffered a heart attack and was hospitalized at Queens Medical Center in Honolulu, Hawaii. A publicist for Mars’ label, Atlantic Records, told the Associated Press on the condition of anonymity that Hernandez has passed away. She died of a brain aneuryism.

Margaret Thatcher dead at 87 Often referenced for popular quotes like “Being powerful is like being a lady. If you have to tell people you are, you aren’t” and “If you want something said, ask a man … if you want something done, ask a woman,” the United Kingdom’s first and only prime minister Baroness…

Nigerian novelist, Chinua Achebe, who penned the acclaimed book titled Things Fall Apart (1958), which provides an enlightening account of tribal life in Nigeria, before and after colonialism, has died. Setting the story in the Ibo countryside in the late 19th century, the author and educator openly criticized Nigerian politicians. The book, published just two years…

Burdens are heavy for the Pendleton family and their friends. All are mourning the senseless death of their loved one, Hadiya Pendleton, 15, who was gunned down after school at Chicago’s Harsh Park on Tuesday, Jan. 29.

Hadiya Pendleton dead, performed with school band and Obama’s 2nd Inauguration It’s a deadly January in Chicago. An innocent 15-year-old honors student was fatally shot at a Chicago park. Hadiya Pendleton was standing underneath a canopy trying to escape the rain. A gunman jumped a fence and opened fire. She was transported to the University…

The original “Dear Abby,” who wrote under the pen name Abigail Van Buren for her popular column,  passed away at age 94 in Minneapolis on Wednesday, Jan. 16, 2013. Offering commonsense advice for readers for 40 years, Phillips made her debut writing for the San Francisco Chronicle in 1956. In 2002, Phillips’ family announced she…

Leo O’Brien, 41, a co-star of the cult classic The Last Dragon, died in New York on Wednesday, Oct. 16. “He’s been having a little problem. He’s been through a lot of tough times. It’s unfortunate,” said his former cast mate, Taimak Guarrielo, in a statement to the media. Last year, O’Brien was shot three times…

Wayne K. Brown, a beloved and influential member of Atlanta’s media community, has passed away. He lost his battle with cancer. With more than three decades of experience in broadcasting and marketing, Brown was recently tapped by Streetz 94.5 FM, Atlanta’s new Hip-Hop Station, to serve as their general manager. Brown also served as senior partner…

The legendary Penn State football coach, Joe Paterno,  left more than a legacy as he passed only a day ago.  At the age of 85, Paterno held more bowl victories than any coach in history and has infuenced the lives of many of our young black men that have picked up a football. He made a…

Father’s Day weekend was very somber for family and friends of Saxophonist Clarence Clemons as the veteran musician has died at the age of 69 , reports the New York Times. The longtime member of Bruce Springsteen’s E Street Band just recently suffered  from a stroke on June 13, and due to complications from the…