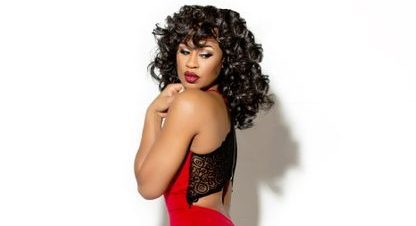 Popular DJ and radio personality Traci Steele recently added a new title to her resume: first-time book author. A native of  Bronx, New York, she got her big break at Hampton University’s WHOV 88.1  in Hampton Roads, Virginia, followed by an on-air gig at Hot 102.1 in Virginia Beach, Virginia. She was one of the […]

Rocko and TI hosted a party at Oakwood last night, kicking off the CIAA weekend take over in Charlotte, NC. Rocko and TI walked into a club filled with fans gathered from all over the country to see the two Atlanta, GA raised rappers host and DJ Traci Steele on the one’s and two’s. As […]

Love and Hip Hop Atlanta’s Traci Steele celebrated her birthday with family and friends at a new Atlanta restaurant, Stir It Up. Check out who came and how fabulous she looked in the gallery. –Joi Pearson @joiapearson Photos by Chris Mitchell of CME 3000

5 richest DJs in the states

DJs, are filling stadiums, getting endorsements and attracting big money, I mean who else is going to keep the crowd entertained? Wonder where their money comes from? Well their original music is popular, they receive royalties on the biggest songs, and they are guaranteed for their live gigs. Check out a few of the richest DJs […]

Are Joseline Hernandez and Stevie J ready for kids?

All eyes were on Stevie J and Joseline Hernandez this past weekend at the taping of the 2013 BET Hip-Hop Awards. As the newlyweds walked down the red carpet they spoke to HipHollywood.com about their future plans as a married couple and finally opened up about whether or not any kids are on the way. […]

“Love & Hip Hop Atlanta” star Traci Steele went from reality TV starlet to famous naked celebrity last month when an infamous nude photo of her leaked online. Although many have assumed that Steele released the nude selfie herself to gain more popularity, she recently spoke with Sister 2 Sister and assured that the photo was leaked by another person. “At first […]

2 Chainz brought Atlanta’s celebrities and fashion mavens together to celebrate the upcoming release of his album, B.O.A.T.S. 2: Me Time at club Prive.  Take a look at Kenny Burns, DJ Traci Steele, DJ BabeyDrew and more of our favorite looks from the night.

This week, the “Love & Hip Hop Atlanta” reunion got underway and as expected, things got off to an explosive start with Mimi and Joseline’s much-hyped screaming match, as well as a touching moment between Scrappy, Erica and their mothers. Check out all of the best moments below. – nicholas robinson www.facebook.com/NicholasHarborOfficial www.twitter.com/Nicholas_Harbor

Traci Steele says she’s single, got her money back from BabeyDrew

Traci Steele Twitter chat  After Monday’s finale of “Love & Hip Hop Atlanta” a newbie to the cast sat down for a Twitter chat with rolling out. Traci Steele, who was profiled on the program alongside her at times jealous ex, BabeyDrew, confirmed to rolling out that she is single. On the reality show she dated […]

DJ Traci Steele and DJ BabeyDrew: Love no matter what

Story by Terry Shropshire Images by DeWayne Rogers Traci Steele and DJ Babey Drew have a reality show within a reality show that is the ultrapopular “Love & Hip Hop Atlanta.” Their relationship, even though they’ve been broken up for seven years, resembles the weather in the Caribbean islands they are from. It can be beautiful and calm one moment, but then it can quickly mutate into a Category 5 hurricane the next. And they are comfortable existing and thriving within that frenetic space. Heck, she brags that she almost shot him one time and actually did stab his tires. And he has no problem talking the number of women he has been involved with or “popcorn microwavable b—–,” as she likes to refer to his subsequent girlfriends. The two renowned DJs have added a lot of flavor to one of the most popular and addictive reality shows on television that was already overflowing with outsized and volatile personalities. First of all, listening to them is like sitting in on a tennis match. Your head and eyes constantly jerk back and forth because of their propensity for darting in out of each other’s conversations, finishing each other’s sentences, cutting each other off, and volleying insults and compliments with equal aplomb back and forth to each other. They constantly intercept one another’s thoughts and take it in the opposite direction. You would need a compass and a map to try to figure out where they are going to take the next question. Even if you didn’t know the couple, it wouldn’t take long to figure out that the pair, despite their defunct relationship that produced a 7-year-old son, remain so close that they practically breathe the same air. So when rolling out sat down for an interview with DJ BabeyDrew and DJ Traci Steele, we knew from the jump that this was not going to be a normal interview. But then again, Steele and Drew are not your ordinary pair. So strap yourselves in and try to keep up, all right?

This week, on “Love & Hip Hop Atlanta,” Scrappy finally gets help for his drug addiction. Meanwhile, Kirk gets a fiery reception when he comes home to Rasheeda and her mom. Check out the best moments of the episode below. – nicholas robinson www.facebook.com/NicholasHarborOfficial www.twitter.com/Nicholas_Harbor

This week, on “Love & Hip Hop Atlanta,” Erica and Scrappy clash again over Momma Dee. Meanwhile, Rasheeda learns the truth about Kirk’s free pass fling. Check out all of the best moments from this episode below. – nicholas robinson www.facebook.com/NicholasHarborOfficial www.twitter.com/Nicholas_Harbor