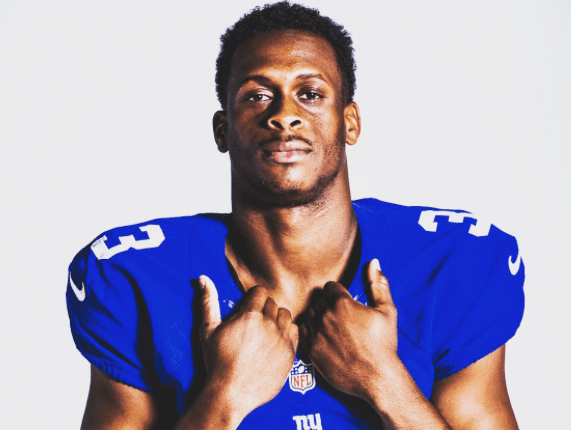 The New York Giants have been around for 92 years, but they had yet to start a Black quarterback. That will change when Geno Smith will start in the place of Eli Manning as the lowly Giants take on the Raiders on Sunday. Smith was named as Manning’s replacement after the Giants started with a […]

Lights out for Geno Smith as a Jet? For most teams in the National Football League (NFL), training camp is uneventful, with the supermajority of starters already decided, and teams fine-tuning the offense, defense, and special teams before the start of the season. Winning or losing is far from important, and the primary goal for all teams is to get to the start […]

Embattled New York Jets quarterback Geno Smith is signed to Jay Z’s Roc Nation despite producing a lackluster rookie season and having a very uncertain NFL future. Now he has been exposed by a disgruntled groupie who showed the pictures of his penis that he sent her via his cell phone. When will celebrities learn? […]

In a recent interview with the New York Post, New York Jets quarterback Geno Smith explained how having Jay’s ear helped him get through his recent slump and helped him face the intense media scrutiny that comes with playing in New York City.

Celebrities and the rest of sports fandom weighed in on an enthralling first weekend filled with rivalry match-ups right out of the gate — and plenty of trash talking from the players and fans alike. From the phenomenal performances from quarterback Colin Kaepernick of San Francisco and running back Reggie Bush of the Detroit Lions; […]

Jay-Z could have issues with the National Football League Players Association (NFLPA). According to reports, Jay-Z’s involvement with the recruitment of New York Jets Geno Smith to Roc Nation Sports is being investigated by the NFLPA. Geno Smith, a rookie from West Virginia, fired his agent Jeff Nailey after the NFL Draft and eventually signed […]

To the shock and obvious embarrassment of pseudo EPSN sports experts, neither Manti Te’o nor quarterbacks Geno Smith or Matt Barkley were selected in the first round of the 2013 NFL Draft as the experts had long promised they would. In particular, the former Notre Dame golden boy Te’o, who was America’s darling before the […]