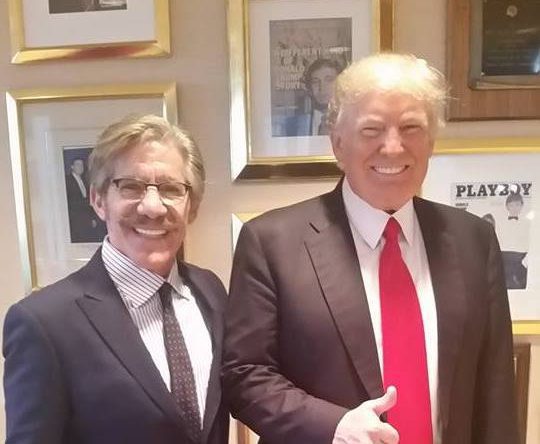 Geraldo Rivera slams Kemdrick Lamar. Previously reported, Lamar recently dropped his new album, “Damn,” on which he took a number of jabs at Fox News, including reporter, Geraldo Rivera. A broadcast in which Rivera takes issue with Lamar’s performance of “Alright” at the BET Awards in 2015 is sampled on the album’s opening track and […] Second-term Maryland state Sen. Catherine Pugh is taking a beating on social media for hugging a protester in Baltimore who was nearly in tears. She was called a “straight up fool,” “sooo annoying” and “an idiot” because she empathized with a protester who was holding a bottle. As reported by Kristal High on her site politics365.com, “Senator […] Definitely no stranger to putting his foot in his mouth, it looks like once respectable journalist Geraldo Rivera has done it again. In a recent interview with HuffPo Live, the Fox News regular said that he thinks hip-hop culture has done more harm to people of color than racism ever has: “… and I love Russell Simmons. He’s […]

Donald Trump is getting back to business with an all new season of superstars throwing down to raise money for a charity of their choice. And with this year’s fresh lineup of celebrity contestants, there’s no question that the egos have landed. Although Ludacris did not sign on for this season’s installment of “Celebrity Apprentice,” […]

Geraldo Rivera poses nearly nude A famed journalist sent Twitter into a tizzy Saturday after he posted a picture of himself almost completely naked. A very bold Geraldo Rivera took to the social network to give fans a glimpse at his rarely seen body while donning only a carefully placed towel. 70 is the new […]

Look at this ish: 68-year-old Rivera must have a death wish for all the times he’s worn hoodies.

TV personality Geraldo Rivera ruffled a number of feathers last week when he publicly commented that Trayvon Martin’s hoodie was as much to blame for his death as his killer, George Zimmerman. After inserting his foot into his mouth, Rivera recently attempted an apology, but again inserted that same foot back into his mouth. On […]

According to Politico.com, when GOP presidential hopeful Herman Cain served as the head of the National Restaurant Association in the 1990s, he was accused of sexual harassment by at least two female employees. According to sources, the women  told colleagues and organization officials that Cain’s sexually suggestive behavior made them angry and uncomfortable. Both women reportedly […]