Genesis at the center of the 2022 Presidents Cup (photos) 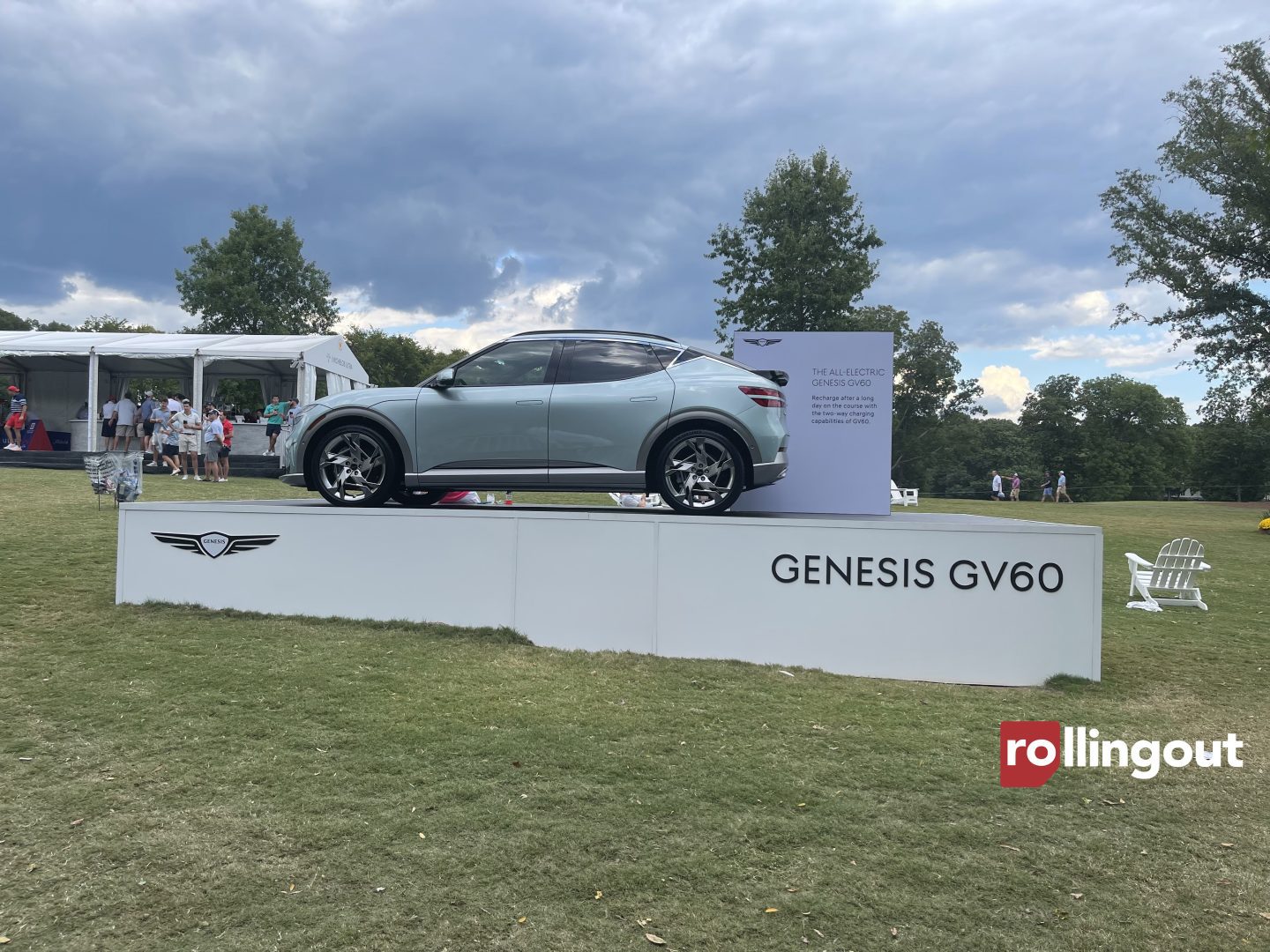 Genesis was on the front lines of the 2022 Presidents Cup in Charlotte, North Carolina. The luxury carmaker was the official automotive sponsor of the golf tournament at the Quail Hollow Club from Sept. 22-25. On the grounds of the country club, the Genesis GV60 was on display. The G90 gives passengers a paradise experience […] 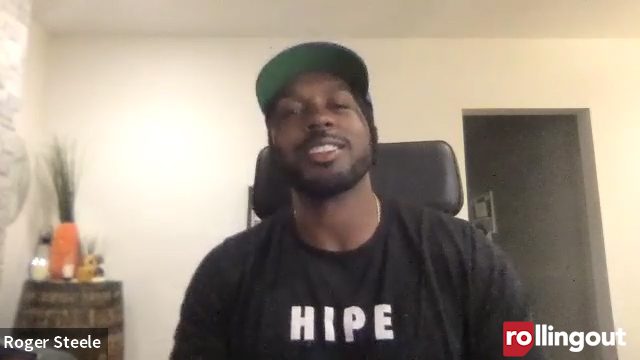 It’s about more than J.R. Smith. Golf influencer Roger Steele is doing his part to highlight HBCU golf programs across the country as the host of the new series “Game Recognize Game” presented by United Airlines. Recently, Steele spoke to rolling out about the show, his career and Black athletes’ involvement in the game of […] 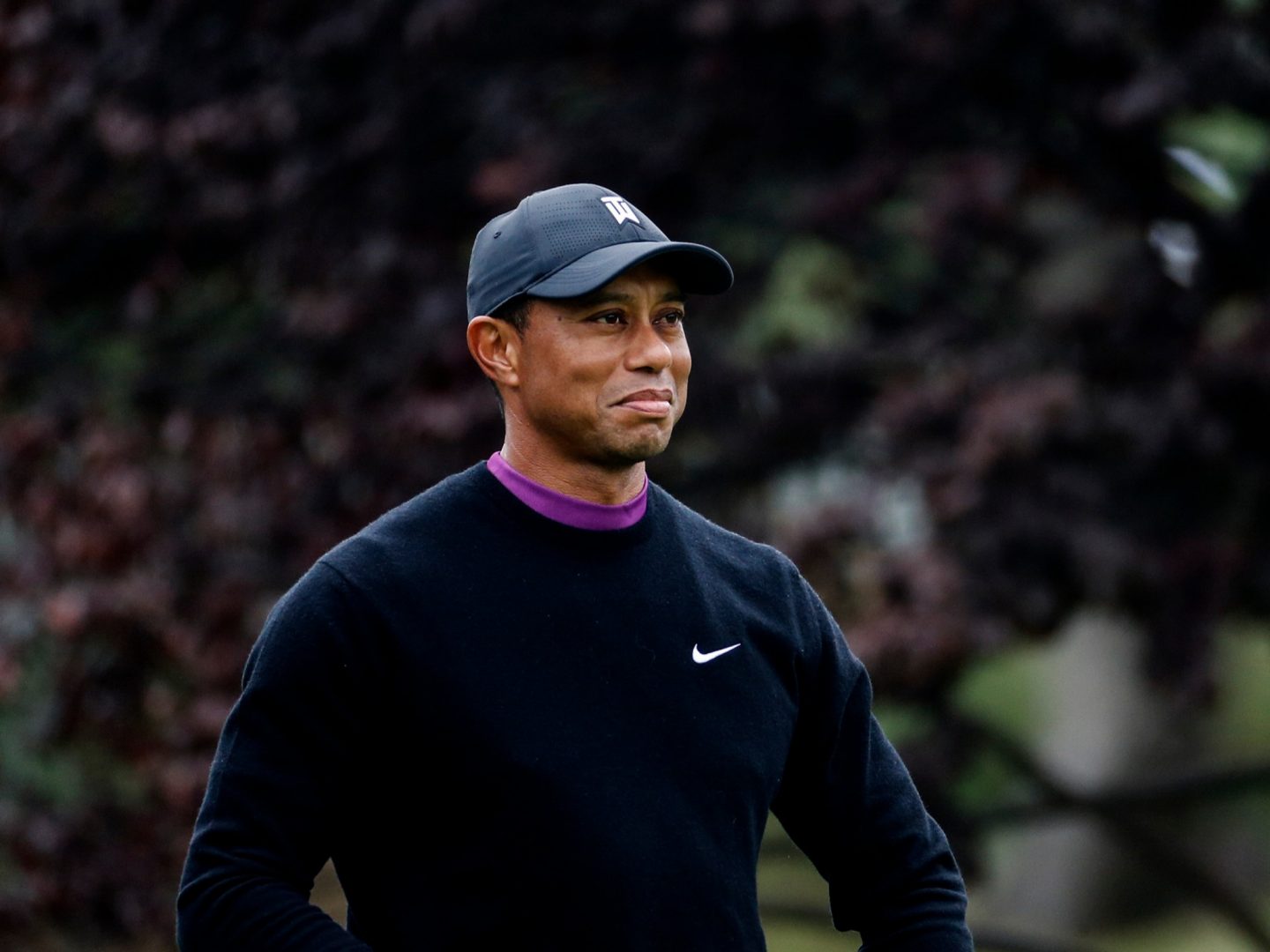 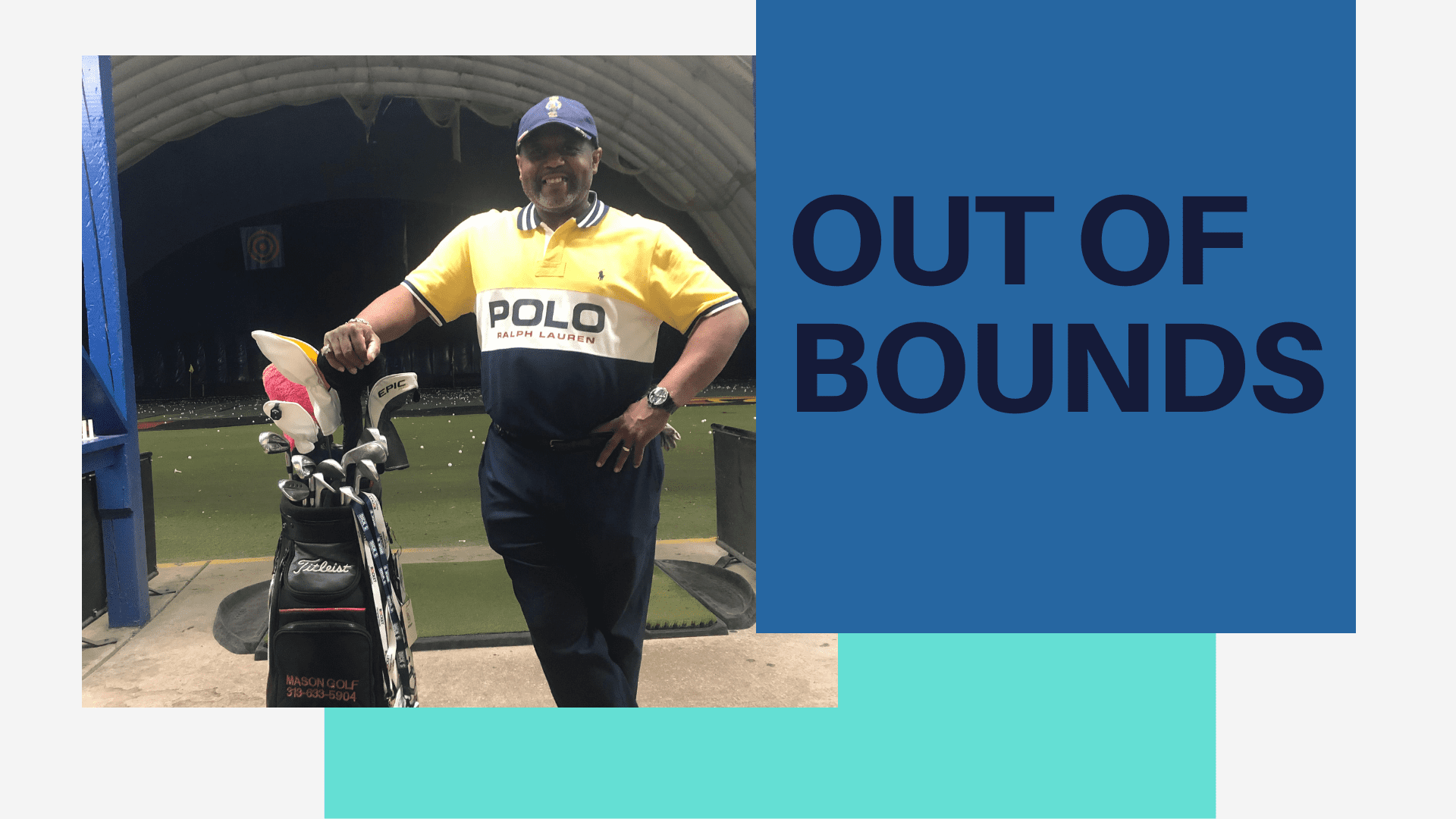 Golf pro Lindsey Mason III stopped by “Out of Bounds” to discuss his golfing career, the results of the 2022 Masters tournament, Scottie Scheffler, Harold Varner III, and Tiger Woods’ journey.

Tiger Woods gets emotional during Hall of Fame speech

On March 9, Tiger Woods was inducted into the World Golf Hall of Fame. After all the accolades that Woods had achieved throughout his career, it was a no-brainer that this day would soon come. He was introduced by his 14-year-old daughter, Sam Woods, and he was visibly emotional during that special moment. When it […]

Tiger Woods was back on the golf course for the PNC Championship after being absent since a car crash in February. The championship was a father-son challenge, which means Woods was accompanied by his son, Charlie. The event took place from Dec. 16-19, 2021. The duo was able to put together a tournament-record 11 consecutive […]

Lee Elder, the 1st Black golfer to compete in Masters tournament, has died 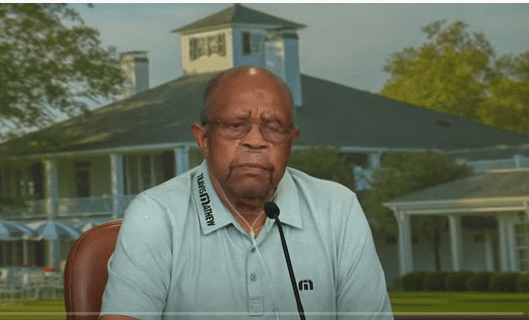 Lee Elder, the esteemed pioneer who became the first African American to ever play in America’s most prestigious golf tournament, The Masters, has died. He was 87. Robert Lee Elder’s death comes just a year after he was honored — long overdue, many believe — by finally being chosen to be an honorary starter in […] 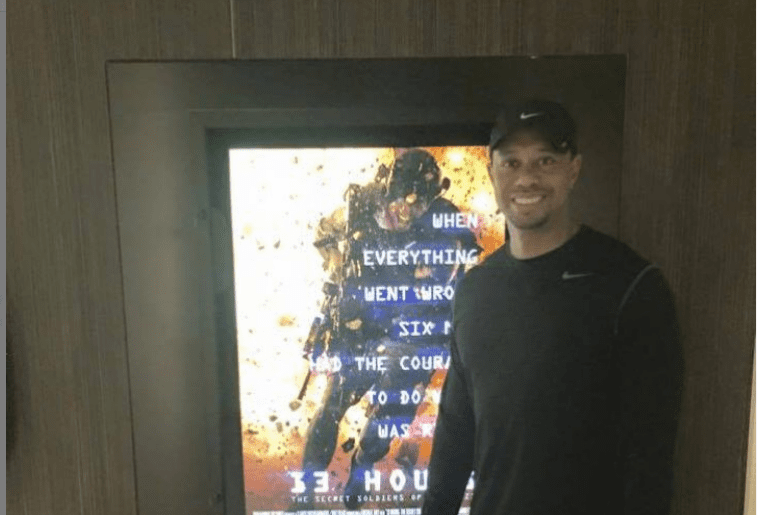 Marquee golf star Tiger Woods reportedly suffered multiple broken bones in his legs during a very serious single-car accident in Los Angeles County on early Tuesday morning. The rollover car accident was severe enough that first responders needed the jaws of life to extricate Woods from the wreckage. Woods was immediately rushed into surgery at […] 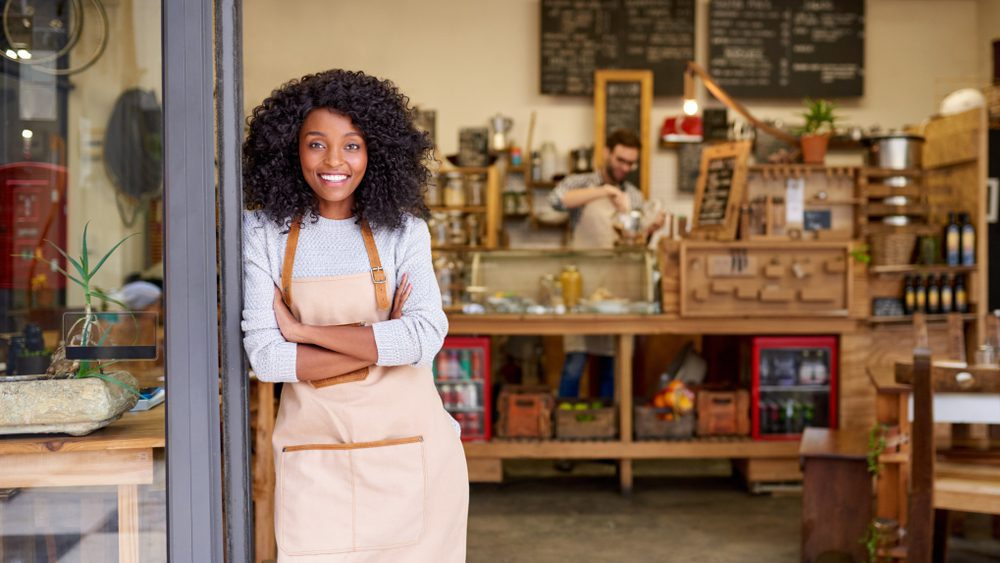 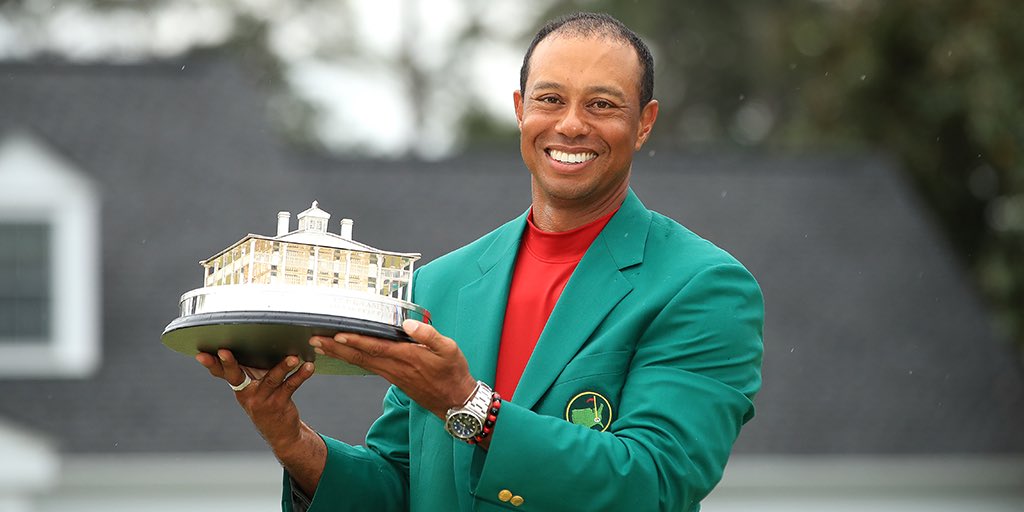 Tiger Woods, who remains the preeminent name brand in the world of golf, has demonstrated over the years that he has learned well from the Michael Jordan school of apathy and apoliticism. Keep quiet. Don’t speak out. Stack those chips. But after getting blistered in June for his take on the populous insurrection in light […] 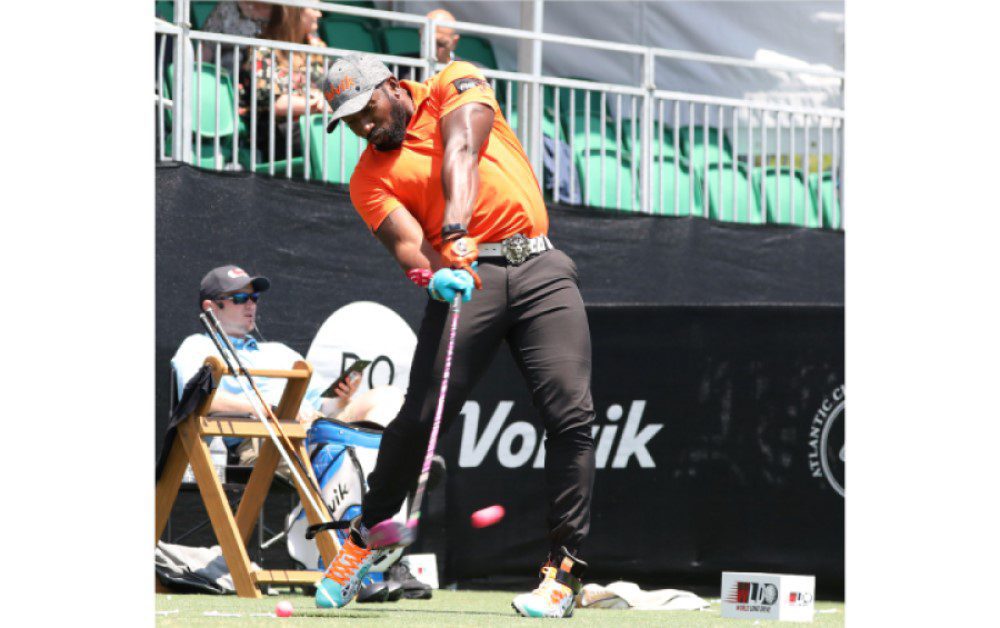 Golfer Maurice Allen is breaking records and making history as a major contender in professional long-drive competitions. Allen is one of the world’s top long drivers, as they are called, who compete against each other to see who can hit a golf ball the hardest, fastest and farthest. In 2018, Allen was the first African […] 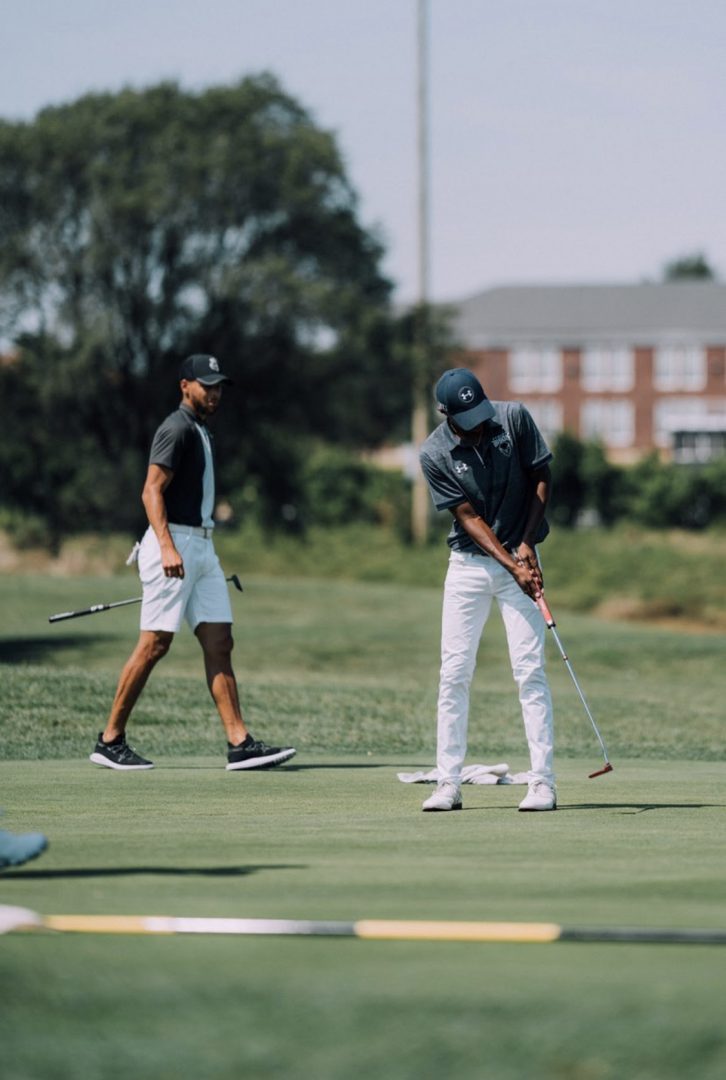 Golf is a sport that is too often hard to access for Black youth because of lack of resources, funding, and information, but thanks to one determined Howard University senior and the help of an NBA superstar, that narrative is shifting. On Monday, Aug. 19, 2019, Howard University announced that NBA All-star Stephen Curry committed […] 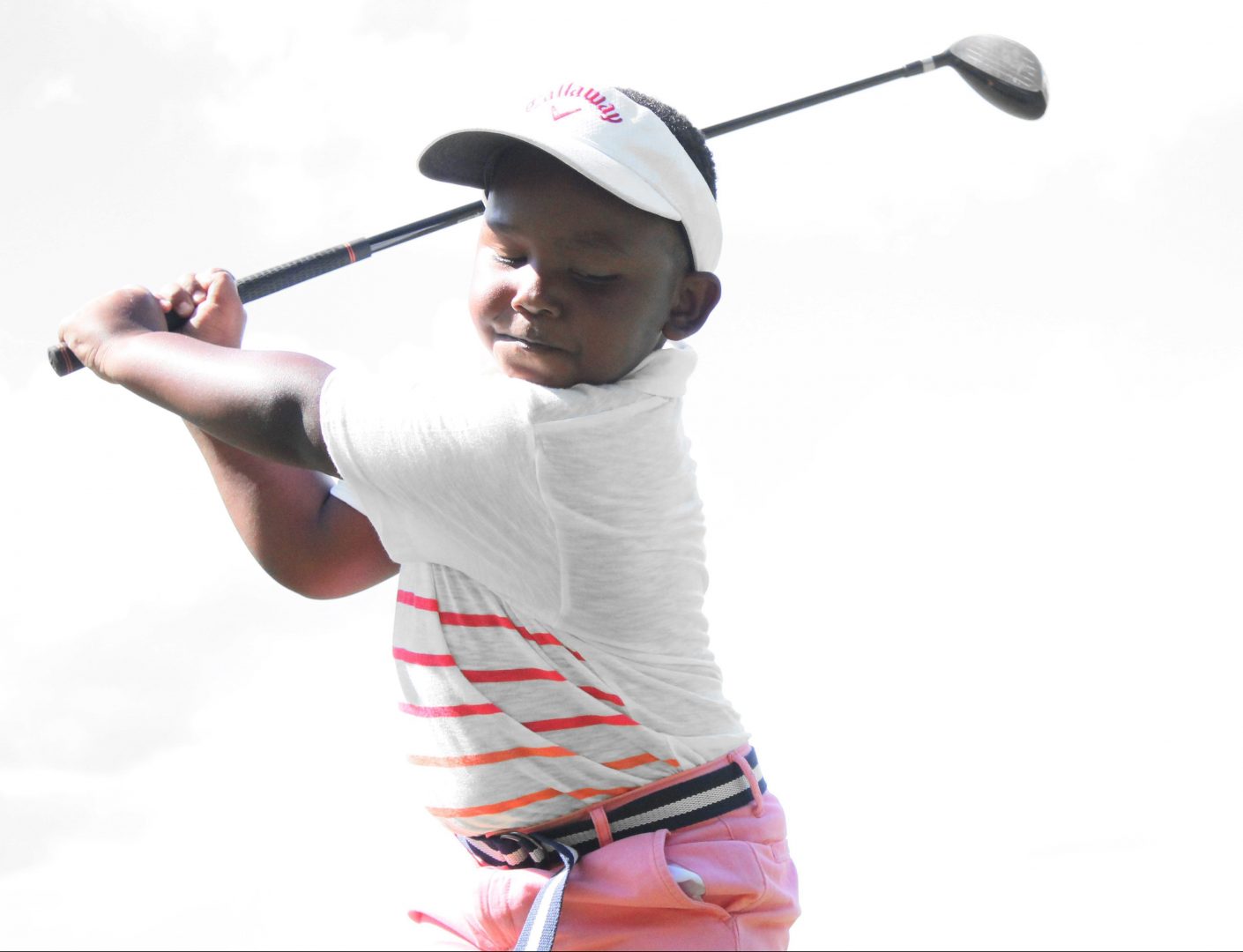 Asbury Carlton Foster III is a 4-year-old golf enthusiast, who has been interested in the game since he was first able to stand. Affectionately known as Third, the youngster has been practicing his swing since he was 11 months old and attended the annual Fed Ex Cup PGA Tour Championship at East Lake Golf Club […] 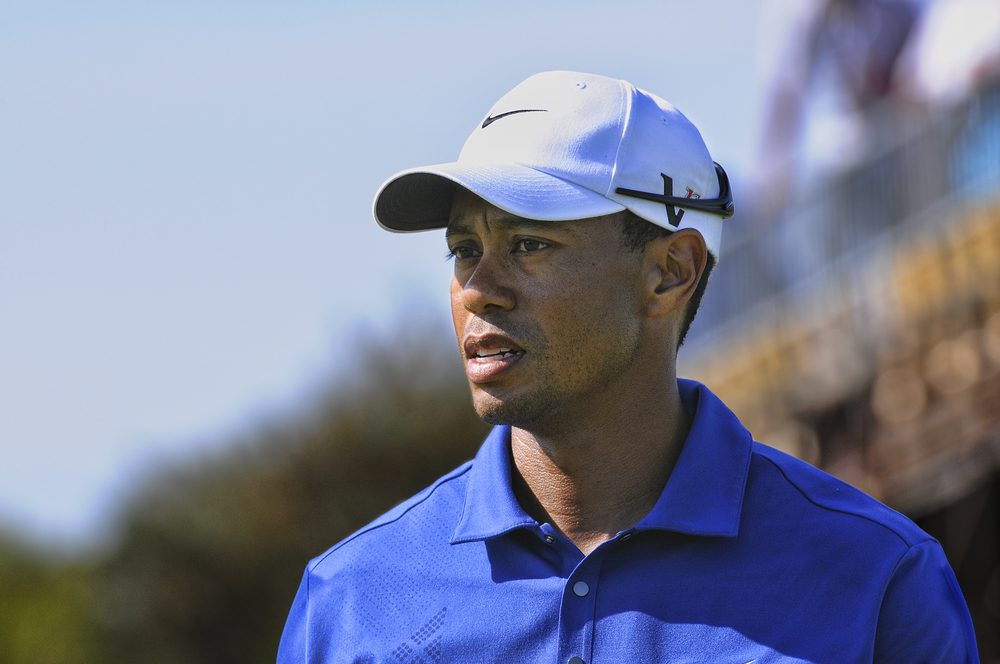 Tiger Woods is a champion again. The embattled golf pro walked away as the champion of the coveted Masters which takes place in Augusta, Georgia. It was his first Masters victory since 2005 and his first major win since 2008. Woods’ story reveals how comebacks in life are possible. Once a figure whose talent allowed […] 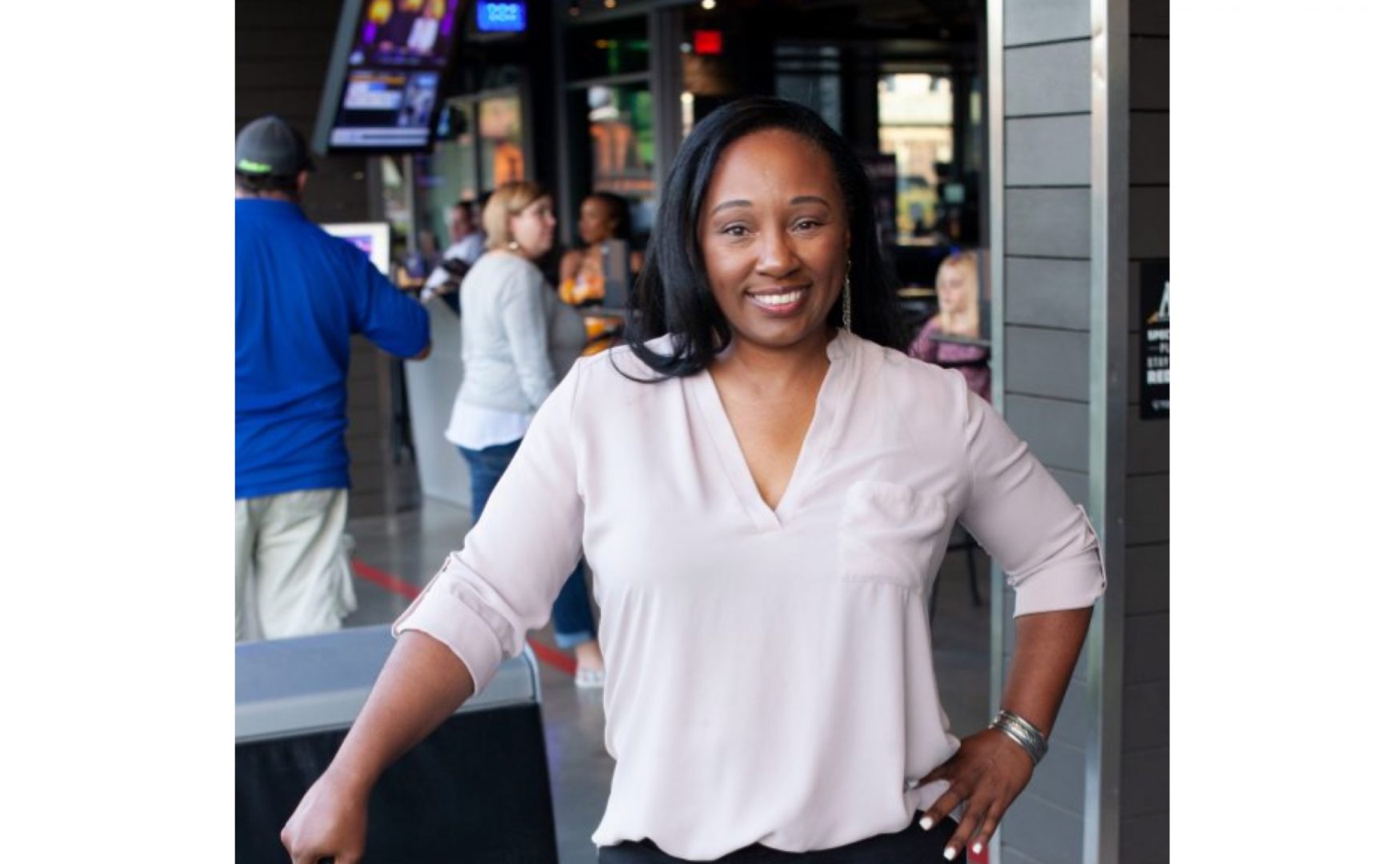 So often, we’ve heard of the “official meetings” not really happening until attendees have left the boardroom and headed to the golf course. Unfortunately, most women are not invited for a variety of reasons, the most prevalent being the assumption that they don’t know how to play the game. This is where Tiffany Fitzgerald and Black […] 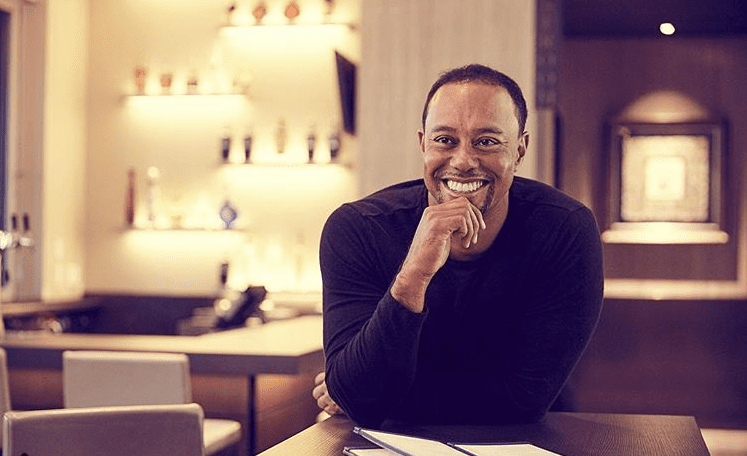 Tiger Woods said all Americans should respect the office of the presidency. But does that mean we need to respect it’s temporary occupant, Donald Trump? And what does Woods’ longtime “bromance” with No. 45 say about Woods? Woods was finishing his round at the Northern Trust tournament in New Jersey and was asked about his […] 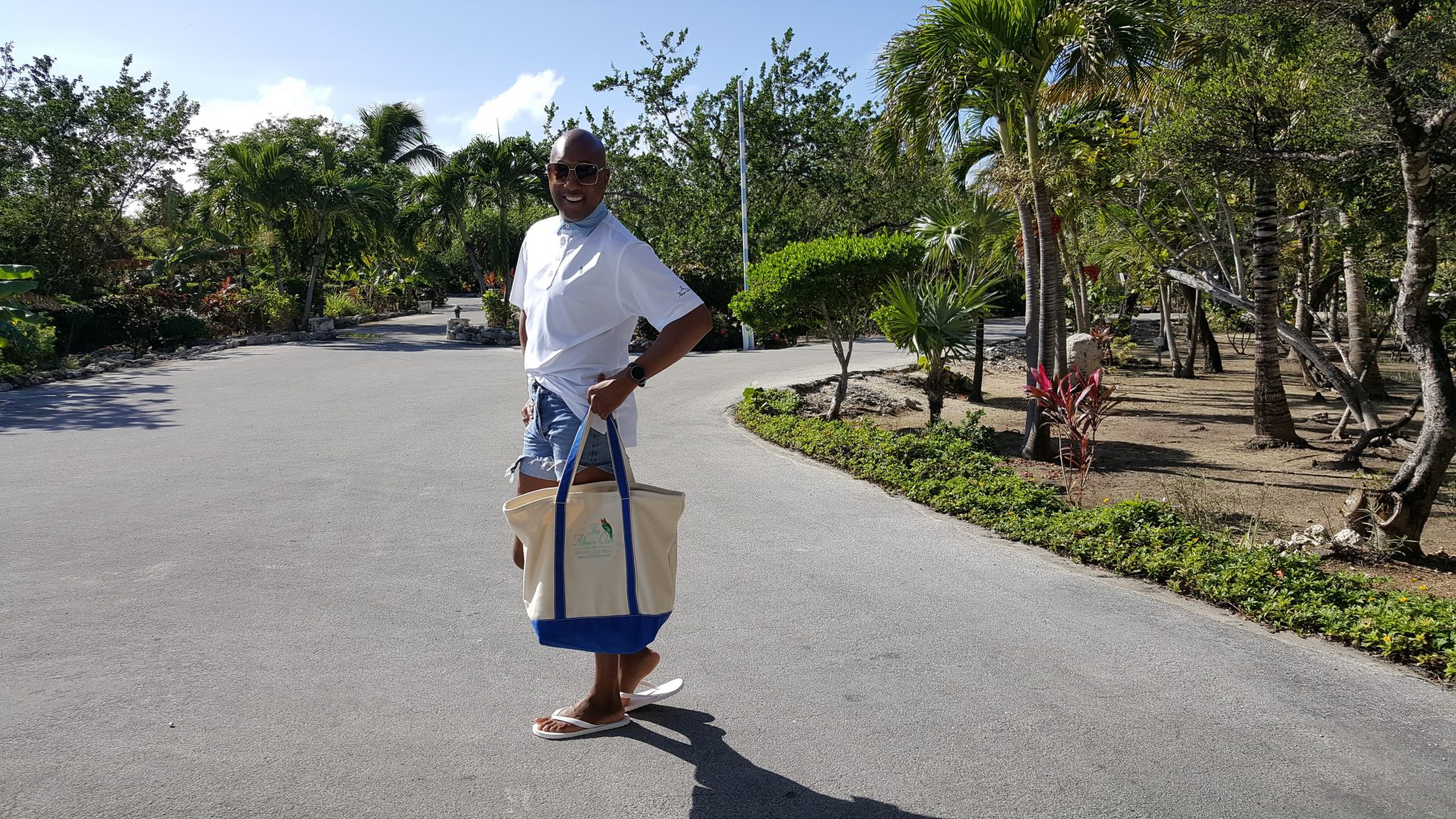 Barefoot luxury is the mantra of the Abaco Club on Winding Bay. This philosophy is precisely why this resort should be your next destination. Who wants another boring gift for Father’s Day? Trust me, dad won’t complain but may give you the side eye. Give the memorable gift of travel to an amazing destination. No […] 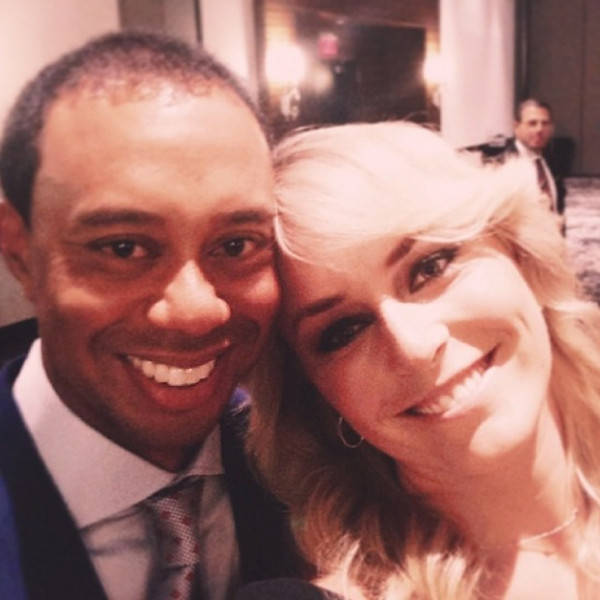 The recent DUI arrest of champion golfer Tiger Woods has shocked many. Woods was arrested early Monday morning when he was discovered asleep at the wheel of his $220K Mercedes-Benz by police not far from his home in Jupiter, Florida. According to a probable cause affidavit, Wood’s was confused and his speech was slurred, which […] 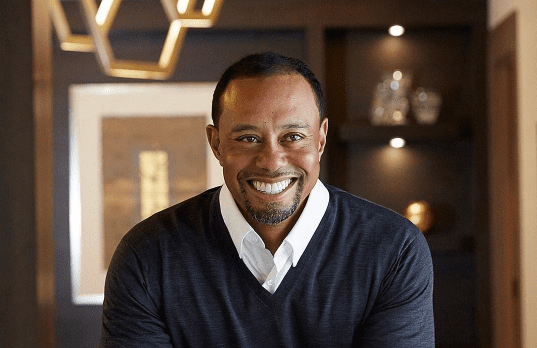 Tiger Woods was found asleep in his car with the brake lights and right blinker on this Memorial Day, Monday, May 28, 2017. The pro golfer was arrested under suspicion of DUI at 3 a.m. in Jupiter, Florida and was released from police custody at 10:50 a.m. According to the police report, Woods failed several […]