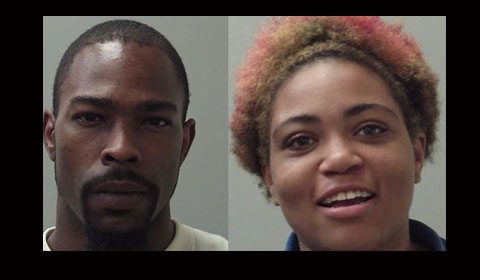 Fear of the sexuality of his son caused a man and his girlfriend to be charged with rape in Huntsville, Alabama. According to media outlet AL.COM, Sean Cole, had visitation with his autistic son in Alabama. The boy, who was 11 at the time, traveled from his home in Georgia where he lives with his mother. At some […] A group of alleged gang members has been arrested after a violence-themed mannequin challenge. According to police in Huntsville, Alabama a group of at least 19 people posed with guns and vehicles as they recreated a shootout at a home. The video of the stunt was uploaded to the Facebook account of Hailey Nichols on Nov. […]

T.I. and Tiny gathered up the Harris crew and took a quick family trip to space camp this weekend. While none of the photos mention which location, it is assumed to be the Huntsville, Ala. space center. As Tiny shared photos with her beautiful daughters, of course the negatve, hatin’ comments slipped in, with followers […]

Viral video star Antoine Dodson just can’t seem to stay out of trouble these days. After a run-in with the cops earlier this summer, Dodson has, once again, been arrested, this time for being too loud and missing a prior court appearance. According to sources, Around 6:20 p.m. on Sept. 25, Dodson, who was driving […]

Antoine Dodson, star of the famous “Bed Intruder Song” viral video, shot to fame last year with his wild comments about a lawbreaking intruder. But now Dodson himself is in trouble with the law after being arrested early April 23 for possession of marijuana. According to tmz.com, Dodson was arrested around 2:30 a.m. in his […]