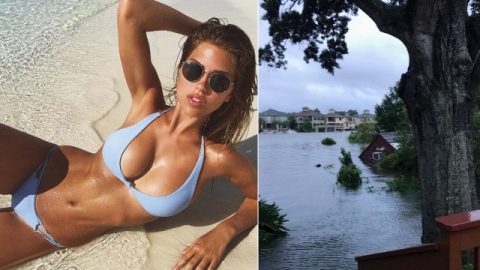 An Instagram trend has begun that has many people irate. At least three Instagram models have posted well wishes and photos to those suffering through the hurricanes that have destroyed whole islands and they have done it with photos of themselves posing in skimpy bikinis – or nothing at all – on those same islands. This […]

When it comes to Miracle Watts, one thing is for certain — all of her photos are sexy. The beautiful Houston model, who boasts measurements of 32-29-44 at the age of 20, has already made a name for herself in the industry. Watts, born of African American and Brazilian descent, has been featured in a few magazines, […]

The modeling industry has developed greatly over the past years, and while urban models tend to get a lot more shine these days, there are real editorial and runway models that are still thriving in the fashion industry. Black male models, which may seem very few and far between, are nearly as prevalent on Instagram […]