Eddie Murphy is continuing his latest Hollywood reign and will be starring in an upcoming project co-starring Jonah Hill and directed by “Black-ish” creator Kenya Barris. The untitled project will reunite Murphy and Barris who was a writer on the comedian’s Coming 2 America sequel which was released in March 2021. According to The Hollywood […] 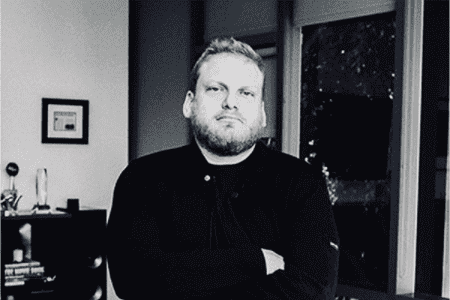 ‘Men In Black’ … without Will Smith? Good and bad news for fans of the Men In Black franchise: the good news is the series will soon see a fourth installment. The bad news is more than likely Will Smith won’t be cast in the film. In a recent interview with the Hollywood Reporter, movie producer Walter Parkes confirms a new film is underway. “We’re […]

Rick Ross and celebrity weight loss: What works versus what doesn’t

Rick Ross has been able to shed the weight in what appears to be a healthy manner and got results in a fairly short amount of time.

Stars: Channing Tatum, Jonah Hill, Ice Cube, Nick Offerman Jonah Hill’s been on a nationwide apology tour for using a gay slur, so it’ll be interesting to see what impact that unfortunate incident will have on box-office receipts for 22 Jump Street. Best guess: Fans are not likely to hold it against him. Reprising their […]

This week, Jonah Hill went from beloved comedian to funnyman under fire after he hurled an anti-gay slur at paparazzi this past weekend. Hill apologized online shortly after the incident caught fire in the media, and recently Hill made a heartfelt apology for a second time on “The Tonight Show.” During his interview with host […]

Legendary emcee and producer Q-Tip is hooking up with a couple of Hollywood heavyweights to produce a new TV show based on his experiences in the music industry in the late ’80s/early ’90s as part of the Native Tongue collective. Teaming up to produce the new series with Q-Tip are current The Wolf of Wall […]

‘The Wolf of Wall Street’

The Wolf of Wall Street Stars: Leonardo DiCaprio, P.J. Byrne, Jon Favreau, jonah hill, Spike Jonze The “wolf” of the film’s title is Jordan Belfort, a real-life Wall Street stock broker who was convicted of securities fraud and money laundering in 2003 and served 22 months of a four-year sentence. Then, he wrote a book, […]

Celebrities who got fit and then got fat again

Don’t feel bad if you cannot stablize your weight. You are not the only ones whose weight loss efforts resemble a “yo-yo” — going up and down endlessly. Celebrities undergo similar weight fluctuations as well, only they have the cameras trained on their gain or loss, intensifying the glare and pressure on them. Take a […]

Losing weight can be an uphill battle, literally. The pressure to do so increases when you are continuously in the spotlight. The paparazzi don’t stop snapping because you’ve gained 10 pounds, in fact, they’re likely to snap more pictures. Some celebs they’ve lost the weight and kept it off, for others its a continuous struggle. […]