‘The Flash’s’ Keiynan Lonsdale comes out as bisexual 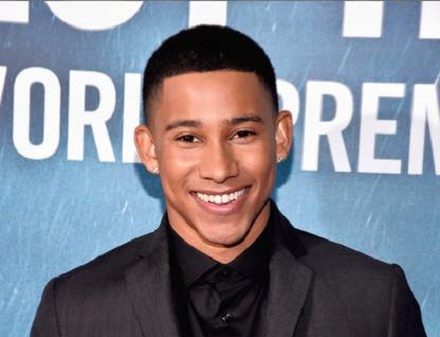 In case you missed it, on Friday, May 12, star of “The Flash,” Keiynan Lonsdale, took to Instagram where he shared a personal message regarding his sexuality. Lonsdale, 25, who plays Wally West, aka Kid Flash, on the popular CW series, came out as bisexual. He wrote, “I like to change my hair, I like […] Veteran actress Vanessa Williams (“Chicago Hope“, New Jack City) has landed a role in the second season of the CW drama “The Flash.” Williams will take on the role of Mama West, mother of Iris West (Candice Patton) and wife to Joe West (Jesse L. Martin) in the series. According to Variety, the series, which […] In 2015 Keiynan Lonsdale will make his U.S. debut starring as Uriah in the highly anticipated follow-up to Divergent, Insurgent. The Aussie star, 23, who first discovered his love for the arts at the tender age of 4 years old, began his rise to fame as a member of the cast of the award-winning, Australian […]