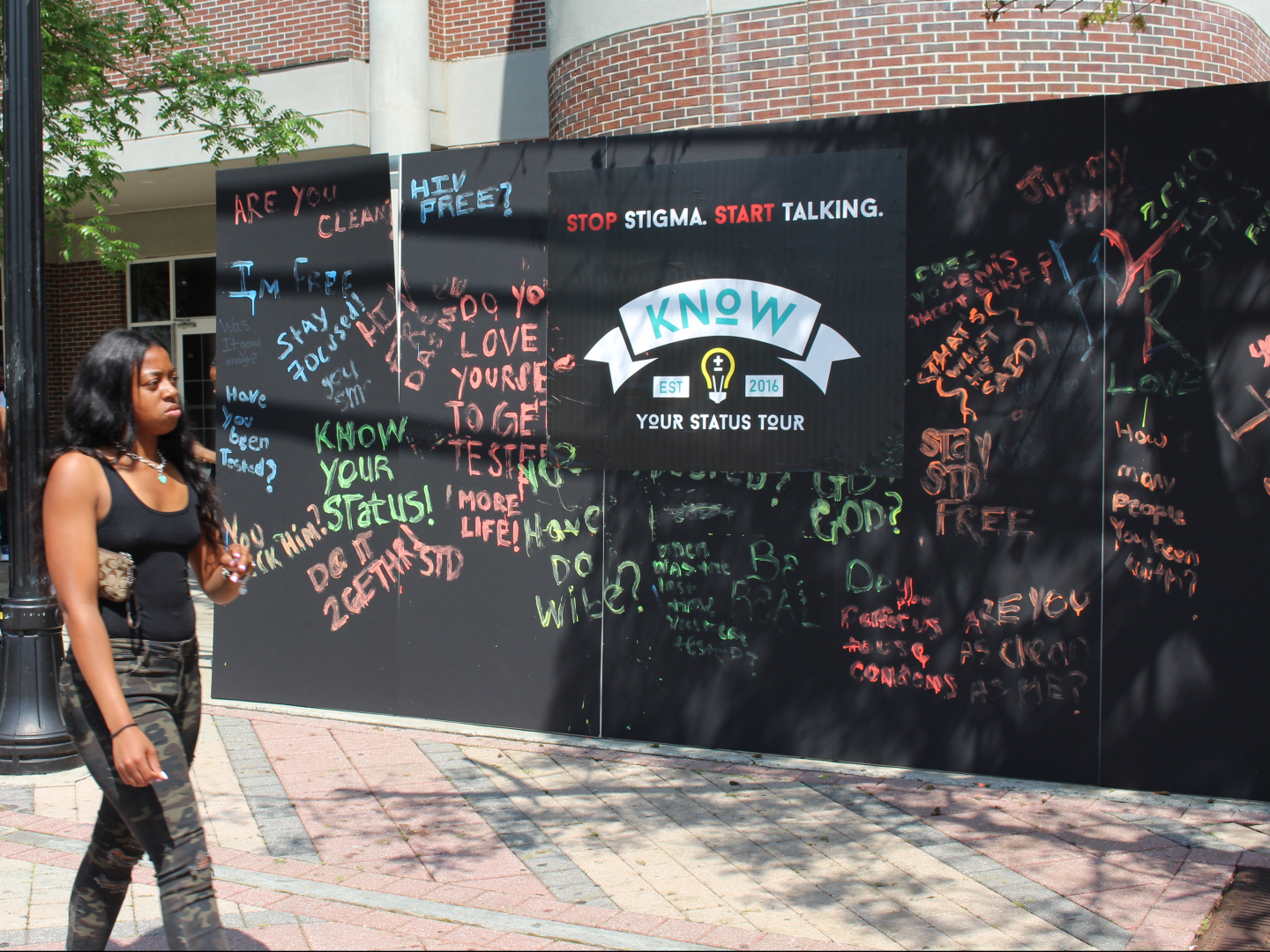 Everyone thinks it cannot happen to them. If you are having sex, it is possible to contract an STD or HIV. Sibley Scoles and Don Benjamin host AHF Know Your Status at Clark Atlanta University. [jwplatform DkAc0WlI]

On November 7th, 1991, Magic Johnson held a press conference in Los Angeles to reveal to the world that he had contracted HIV and was stepping away from the game of basketball. Johnson was not the first celebrity to announce being infected with HIV. Johnson recalls it being the hardest thing he ever had to […]

National HIV Testing Day is June 27. This year’s campaign’s theme is “Take the Test, Take Control.” According to the CDC’s website, the United States has nearly 1.1 million people living with HIV with almost one in five not knowing they are infected. Every year, to raise awareness and know your status, National HIV Testing Day […]

For the first time ever, individuals 17 years and older can get their HIV status in the privacy of their home. OraQuick In-Home HIV Test is now available in more than 30,000 retail stores nationwide including CVS, Rite Aid, Walgreens, Kroger and Meijer, as well as online at www.oraquick.com. The maker of OraQuick, OraSure Technologies […]