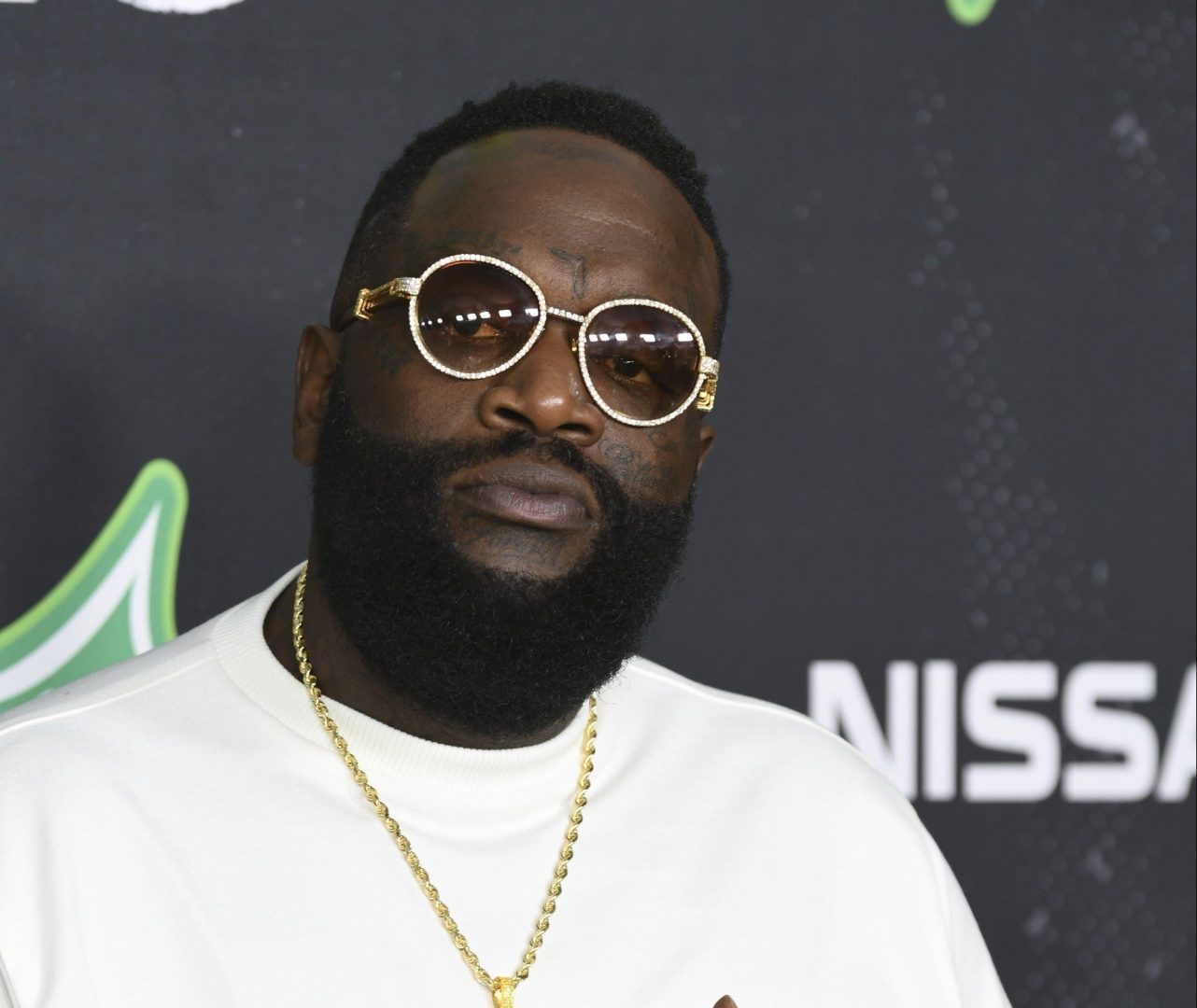 With his record label being named Maybach Music Group and his penchant for owning exotic cars, you’d think the one thing Rick Ross would possess was a driver’s license. The 45-year-old Ross has been riding dirty his whole life and just obtained his driver’s license in August. Ross stopped by the “Today” show this week […]

Rick Ross explains lyric that got album pulled from Wal-Mart Last month, Rick Ross got a big shock when his latest album, Black Market, was reportedly pulled from the shelves of Wal-Mart because of a controversial lyric that allegedly called for the assassination of presidential candidate Donald Trump: Assassinate Trump like I’m Zimmerman Now accept these words as they came from Eminem Democratic party sentenced to […] Once again, there’s trouble in the house that Rick Ross built. Yesterday, Oct. 21, Meek Mill went on an Instagram rant after catching wind that his Maybach Music Group label mate Wale said he brought “a pencil to a gun fight” in reference to his infamous beef with Drake. The “All Eyes On You” rapper posted a […]

Wale’s new album, ‘The Album About Nothing,’ inspired by ‘Seinfeld’ In what seems like an ongoing crusade to garner some sort of attention or acknowledgement from his namesake, former drug kingpin Freeway Rick Ross is once again reaching out to Maybach Music Group leader Rick Ross, but this time he comes in peace. In a recently released video statement, Freeway Rick implores the “You Know I […]

Meek Mill’s sophomore album, “Dreams Worth More Than Money,” was initially expected to be released last week, but the rapper’s incarceration led to the original September 2nd release date coming and going without any album release.

Yesterday, Omarion and Apryl Jones were caught in the pool enjoying one last swim before welcoming their son into the world. Omarion qouted, “Babe @aprylsjones () just broke. . #abouttobeafather #mylilME&herlilHIM wish us health. Bless up!” At 7:59 p.m.,  Apryl and Omarion welcomed a healthy and happy baby boy. His name has not been released […]

Khloe Kardashian of “Keeping Up With the Kardashians” fame has been dating Bad Boy Records and Maybach Music Group recording artist French Montana for awhile now, and Montana was recently asked about Kardashian’s favorite Coke Boys song. Montana is a member of the Coke Boys. After looking at DJ Clue, who he was sharing the podium with […]

Rick Ross mediated the beef between Meek Mill and Wale

It appears that the feud between Maybach Music Group artists Meek Mill and Wale is a thing of the past. Because Rick Ross says so.

On the heels of Meek Mill being sentenced to a three to six month bid in jail for parole violation, Maybach Music Group boss Rick Ross has released a statement of support for the “Amen” rapper. Ross made it clear that despite this legal setback, MMG will forge ahead with plans to release Meek’s forthcoming sophomore […]

Maybach Music Group artist Omarion and his beautiful fiancée, Apryl Jones, celebrated the impending birth of their baby boy with a backyard baby bash. Over the weekend, the young couple hosted a private baby shower at an undisclosed home in Los Angeles where Jones was greeted by close friends with belly kisses. Jones looked stunning […]

Omarion and Apryl Jones are awaiting the arrival of their little boy due soon. As they recently celebrated his arrival with a baby shower, Apryl posted a photo in a beautiful full length cream and peach sheer dress, to match her decorations and theme colors. Karen Civil, a good friend of the couple posted a photo […]

Rick Ross is taking his entertainment empire into new and exciting directions. The Maybach Music Group head is sharing a few details about his Maybach Films endeavor, and he told DJ Skee during a recent interview that the company is set to begin filming it’s first movie later this year.

Rick Ross is intent on making sure you can’t forget about his Maybach Music Group even if you wanted to. Definitely proving to be one of, if not the most prolific crews in rap today, MMG is back to drop Priorities 3 with the help of DJ Scream. Not much to write home about here. […]

What are you listening to? Rick Ross’ ‘Mastermind’

Rick Ross returns with Mastermind, his highly-anticipated sixth studio album and follow-up to 2012’s God Forgives, I Don’t. On his latest project, Ross continues his musical trademarks–the ones that have served him so well up to this point and helped to establish his persona. Rozay is still very much into excess, he wallows and revels in it. Wealth and consumption are at the forefront of his mind, yet again, and depending on your taste, it can sound either invigorating or woefully tiresome by the time you get mid-way through Mastermind.

Rick Ross has been remarkably consistent throughout his career. It may seem like “damning with faint praise,” but if it can be argued that Rick Ross lacks a bonafide hip-hop classic in his catalog, it should be noted that he doesn’t really have any bombs, either. By now, Ross fans know what they are getting with each release; songs about coke dealing and hustling and living lavishly. If that’s not your thing, then Ross just isn’t for you.

Omarion and Apryl Jones are not engaged

Congrats, Omarion and Apryl Jones! The 29-year-old singer signed to Rick Ross’s Maybach Music Group released his first single “You Like It” off his summer release Sex Playlist album. But he was way more excited on Valentine’s Day to drop the news that he and  his girlfriend Apryl Jones are pregnant with their first child. […]

Maybach Music Group singer Omarion returned to the scene last week with the release of his new single “You Like It,” and it looks like the former B2K star has even more exciting news on the horizon. The 29-year-old announced to his fans that he is expecting a child with singer-songwriter, Apryl Jones.