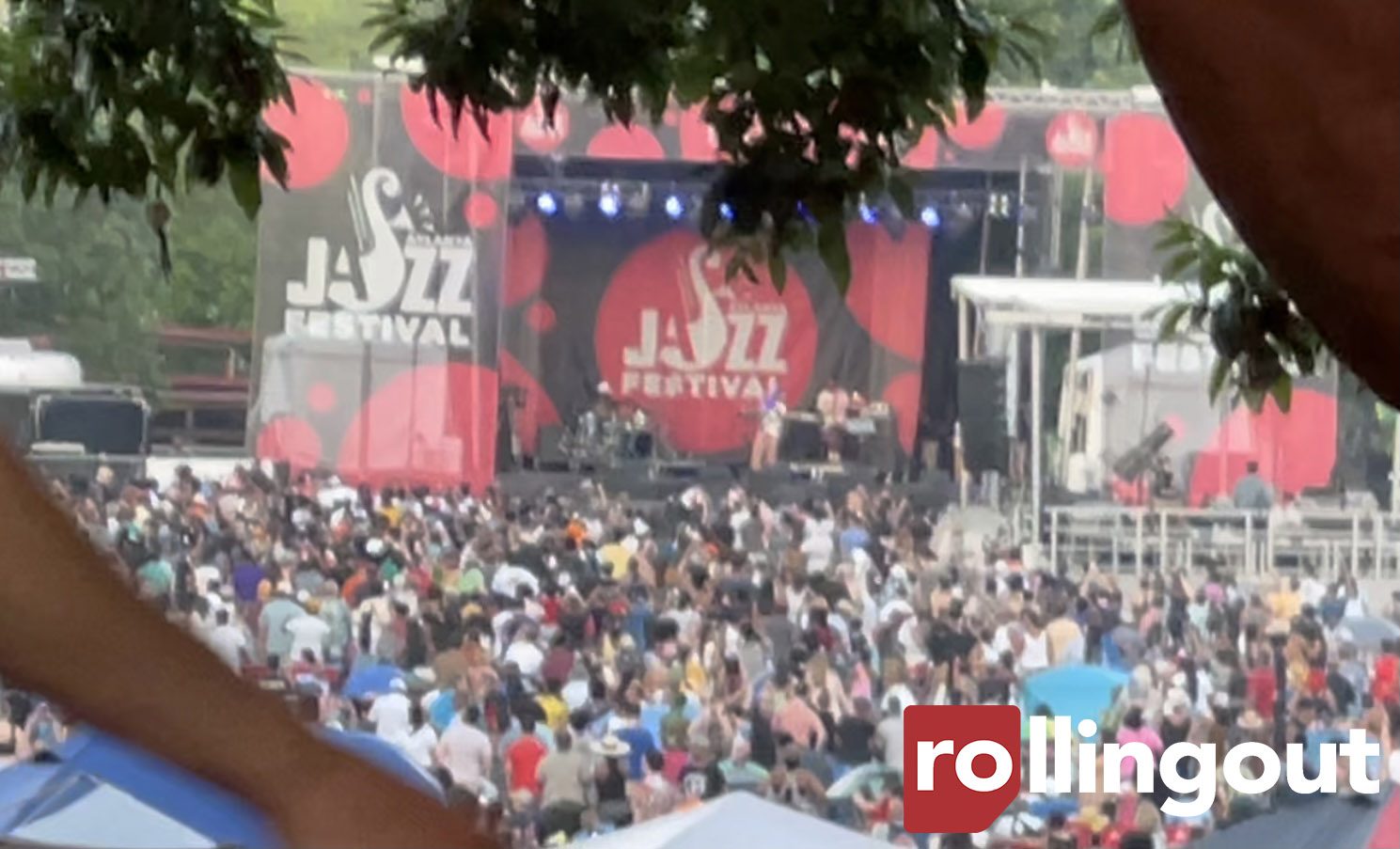 The 2022 Atlanta Jazz Festival was free fun for the entire family at Piedmont Park over Memorial Day weekend. Saturday’s headliners included Masego and Herbie Hancock, a mixture of the new school and old school. Masego, 28, entered the music industry with a unique approach. He plays all of the typical instruments of a jazz […] 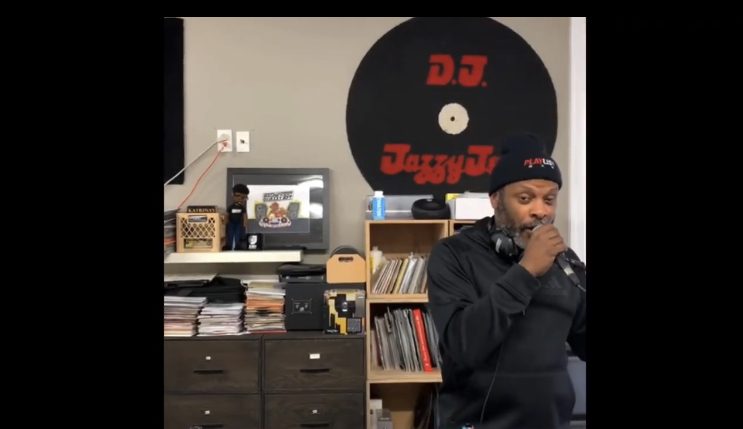 A multitude of Americans decided to enjoy the great outdoors during Memorial Day weekend. However, some failed to practice social distancing while enjoying the holiday. Beaches in Daytona Beach, Florida, and Ocean City, Maryland, as well as pool parties in Houston and Atlanta were packed to capacity over the weekend. DJ Jazzy Jeff decided to […] When statements claimed New York Times reporters were being dispatched to embattled Chicago to investigate possible shootings over the Memorial Day holiday weekend, it seemed rather presumptive. While the deadly city, which has taken on the moniker “Chi-raq” due to high numbers of shooting deaths of residents, mostly Black men, it seemed impossible for the publication […] On Friday, May 27, The Collective kicked off the 39th Annual Atlanta Jazz Festival at Piedmont Park. Headlining the event was funk artist and cult favorite Joi, who has a new album on its way titled Rebekkah HolyLove’s Salvation Symphony. “We are excited about the lineup for this year’s Atlanta Jazz Festival,” says Camille Russell Love, […]

Memorial Day 2014 has come and gone and what better way to celebrate than with family, friends and a plate of BBQ. Memorial Day is more than just cookouts, it is a day to honor those that have served our country and paid the ultimate price for our freedom their own lives. We say thank […]

The Atlantic Beach BikeFest is one of the most popular urban events of the summer. For more than 30 years, thousands of motorcyclists and bike lovers have traveled to the South Carolina resort town  to celebrate Memorial Day weekend. However, this year’s event has been stained by violence. According to WMBF News, three people were […]

Kevin Hart, August Alsina and others chose to travel this Memorial Day weekend and why not? Whether they were hitting the club, hosting a party, shooting a video or just hanging with friends, these celebs had a great weekend. Check out more celeb photos in the gallery below. -joi pearson @joiapearson

It’s Memorial Day weekend and Christina Milian visited Las Vegas for the holiday. After party hopping, she ended up poolside in a sexy light pink two piece bathing suit and cover up. She hung out with friends and mentioned the one year anniversary for www.platinumehookahs.com. Milian posted the above photo on her Instagram and quoted, “#memorialdayweekend what’s up? […]

Fleet Week is back in New York City after a year. But is the annual showcase of naval vessels and Naval and Coast Guard officers and soldiers is pared down quite a bit compared to years past.

Nicki Minaj hit Las Vegas for Memorial Day weekend. Above, she is headed to 1OAK at the Mirage. It is very obvious that she was mixing prints and though she stayed consistent wearing a mix of black and white, black shades and wearing her hair shoulder length in jet black. Minaj posted the photo above […]

Memorial Day weekend is upon us and what better way to celebrate than get daper and hit a festival or take a stroll on the boardwalk with your significant other. Whether you are wearing a Polo, a button up and shorts or linen, whatever your fashion style is check out a few fashion photo ideas […]

Nicki Minaj posted a photo link to her Vegas takeover on Facebook where she told fans that she ‘boarded a private jet to Las Vegas to kick off Memorial Day Weekend. She made her way to 1 Oak at The Mirage on Friday night where she hit the stage to perform some of her hits […]

Hottest Memorial Day fashions for her

Memorial Day weekend is upon us and what better way to celebrate than to pick the cutest outfit and hit a BBQ. Sundresses, shorts, sandals, cute two- piece bathing suits in bold bright colors or pretty patterns; whatever your flavor is, check out more fashionable female photo ideas in the gallery below. –joi pearson @joiapearson

Off the Hook Barber Shop was jam-packed on Thursday afternoon, just a day before the kickoff for Memorial Day weekend. There wasn’t an empty chair in the place. Clients were extended a firsthand experience with the newest edition to the Gillette family of razors during the nationwide barbershop tour that spans six cities. The Fusion […]

10 things to do in Atlanta for Memorial Day weekend

Memorial Day celebs out and about: T.I and Tiny, Diddy and more

Memorial Day celebs out and about, check out an Instagram gallery.

Hollywood came out in full effect to celebrate this past Memorial Day weekend. From wild concerts in the UK to a relaxed day at a humble beach in Maui, celebrities did the most to do it big. Check out some of your favorite celebs seen on the scene enjoying their Memorial Day. – ruthie hawkins

Young Jeezy, Yo Gotti show off their luxury convertibles in Miami during Memorial Day weekend

On Sunday, May 26, 2013, Young Jeezy invaded Miami to celebrate Memorial Day Weekend at the Hennessy V.S party at Play. The rapper was dressed to impress in a custom made black and gold leather jersey that read “JEFE” on the back, along with the number one. Jeezy, who arrived in a candy apple red drop top Porsche, […]

Memorial Day Weekend has arrived and it’s time to celebrate and honor those individuals who have dedicated their lives to serving our country. This weekend will be filled with barbecues, pool parties and more, so what better way to celebrate, than dressing in your best fatigues. Here are some of the hottest hip-hop women in military chic.

Tiara Monique Garness, 22, disobeyed requests to cover her exposed buttocks and was arrested. On Friday, May 24, 2013, Garness was charged with indecent exposure for wearing a thong bathing suit. She was asked twice by police officers to cover up. The High Point, NC resident should have done her research. Regarding beach laws, the City […]