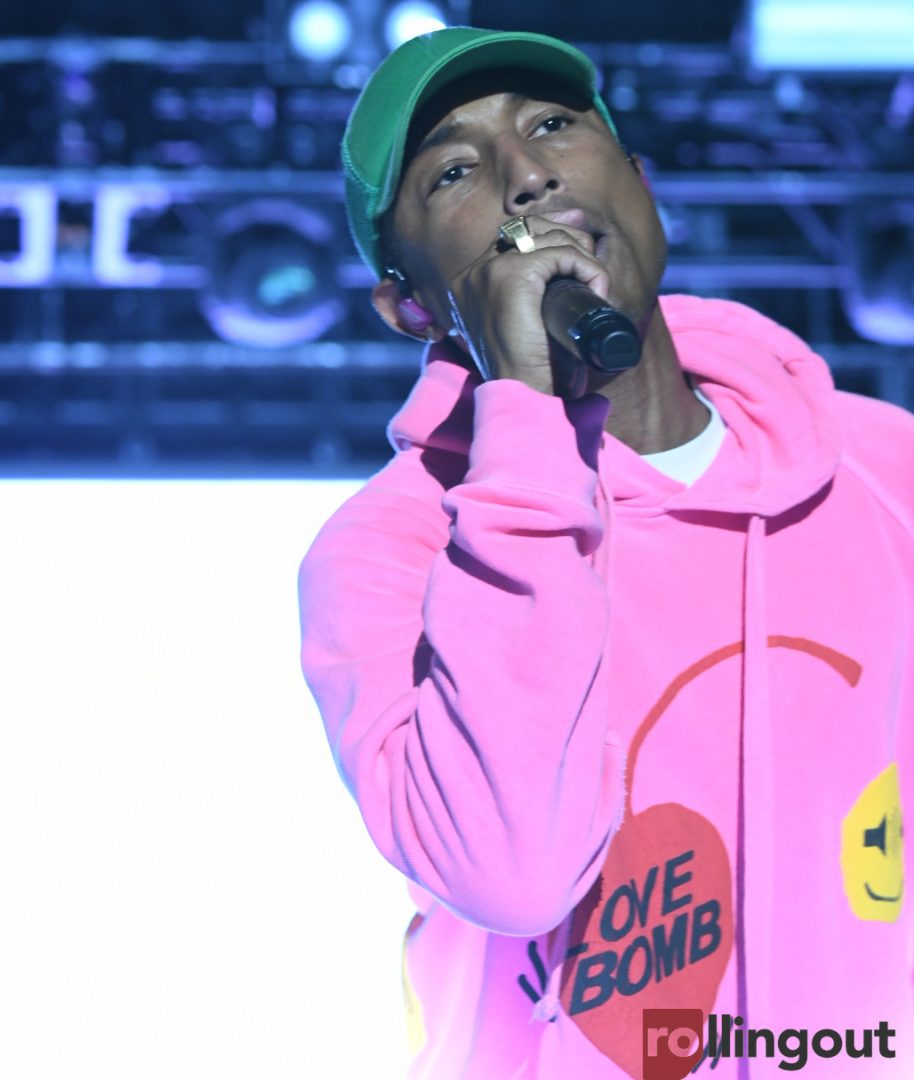 Afropunk stands as a festival where inclusion, expression, and Black culture reigns. Within the gates of Afropunk, those who are often silent have a voice, those who are weird have a home, and Blacks and other minorities are accepted by all means. The 2018 Afropunk featured art, music, and activism that seeks to provoke change. […]

Joakim Noah talks about being a nerd Joakim Noah tells young people who play basketball that he and other pro players are nerds and that’s how they became successful. [jwplatform JYhiyRiG]

Pharrell Williams wears his famous hat to Made in America

Pharrell Williams‘ fashion statement when he wore a big hat on the Grammy’s red carpet returned last night during his Made in America performance in Philadelphia. Wearing his infamous hat, he paired it with a grey sweater, red scarf, white graphic tee and a lot of long necklaces. Midway during his performance, he stripped off […]

Over the weekend, Nicki Minaj released her new video, “Beez In The Trap,” and the scantily clad rap vixen has the blogosphere buzzing about the new sexed-up clip. In the past, Minaj has shown that she’s more than willing to play the role of booty-shaking video girl (check Sean Paul’s “Dance A$$” video), as well […]

Pharrell and N.E.R.D. served as the headlining act for the Coors Light Super Cold Summer Kickoff  which took place at Mansion Elan in Atlanta on May 25. Hosted by radio personality Ryan Cameron, the show opened with a performance from Coldest South regional winner PyInfamous. The Mississippi native received the most votes after uploading his […]

N.E.R.D. and MillerCoors Offer Chance to Become the Next Hip-Hop Star

It can be painstakingly difficult for new artists to achieve stardom in the music industry. Although thousands of individuals across the nation work to achieve their dreams of having a music career, only a few get the opportunity to experience success. N.E.R.D and MillerCoors have formed a partnership to give aspiring artists a chance to […]

MillerCoors’ Steve Canal On Tap to Present the Coldest Summer Ever

Steve Canal is basking in the success of his first year as the Atlanta market development manager for MillerCoors. Having worked with the brand as a consultant for a year and a half prior, Canal had a strong grasp of the core mission — to sell beer. If you let the six-foot “plus plus” Canal […]