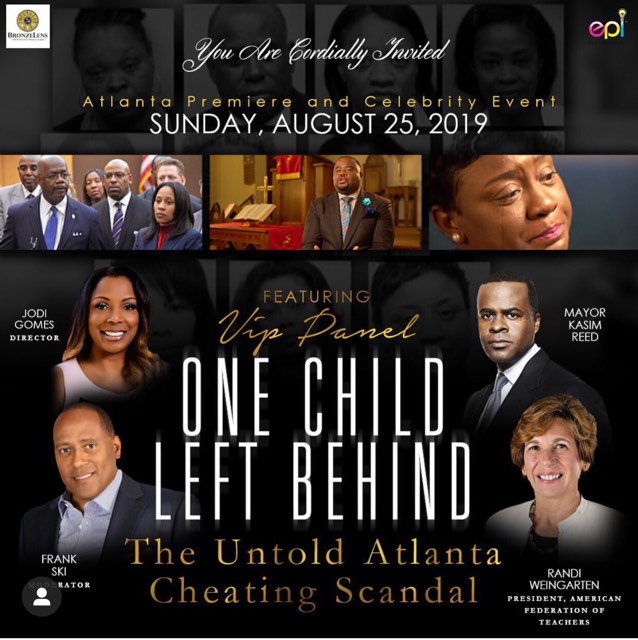 Tune in for Reality Check with host Christal Jordan as she talks with director Jodi Gomes about her upcoming documentary, One Child Left Behind: The Untold Atlanta Cheating Scandal, and what proved to be one of the biggest educational scandals in Georgia history.

The teachers in the Atlanta Public School cheating scandal were sentenced by Judge Jerry Baxter. Baxter sent a strong, yet excessive, message to the educators who did not take a proposed plea deal. Tamara Cotman, Sharon Davis Williams, and Michael Pitts were sentenced to 20 years (seven to serve), 2000 hours of community service, $25,000 […] Eleven teachers from the Atlanta Public Schools system were convicted and jailed for being involved in a cheating scandal that shocked the nation. The cheating scandal came to light after an investigation concluded that teachers at 44 schools changed test answers in an effort to raise scores on standardized tests. But while the teachers were […]

When No Child Left Behind (NCLB) became law a decade ago, education reformers around the country collectively exhaled. Finally, many of them believed, a policy with some teeth would push administrators to push teachers to pull students up out of the abyss of poor academic performance into which too many had fallen. While reformers saw […]