Bill Cosby has been found guilty of sexually assaulting a teenage girl in the 1970s at the Playboy Mansion. The jury in Santa Monica, California, is awarding plaintiff Judy Huth $500,000 in damages. They believed her account that Cosby willfully made injurious sexual contact with Huth at Hugh Hefner’s iconic mansion when she was 16 […] The passing of Hugh Hefner at 9 means the end of an icon of sex in America. Hefner left behind many memorable quotes on life. Here are just a few: “Life is too short to be living somebody else’s dream.” “Living in the moment, thinking about the future, and staying connected to the past: That’s […] 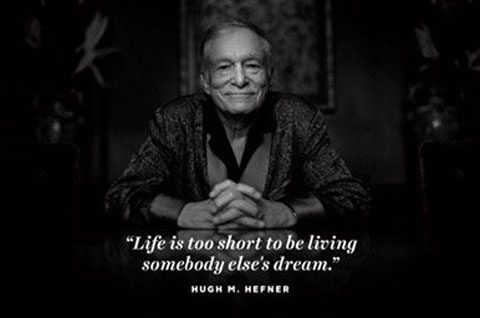 Hugh Hefner has reportedly died at his home at the age of 91. Hefner was the founder and publisher of Playboy magazine, an iconic publication that made the careers of many women and gave us the pictures of America’s first sex symbol, Marilyn Monroe. Hefner was born on April 9, 1926, and at the age […] Embattled comedian Bill Cosby received more bad news this week. According to reports, Cosby attempted to have the lawsuit of one of his accusers, Judy Huth, dismissed by the courts. Huth accused Cosby of sexually assaulting her when she was 15 at the Playboy Mansion in 1974. According to Huth, Cosby played pool and gave […]

The elite LAPD Robbery and Homicide Unit have announced their intentions to open an investigation on comedian Bill Cosby. Detectives from the LAPD have stated that they will request a voluntary formal sit down interview with Cosby. The interview will center on allegation that in 1974, Cosby took a then 15-year-old Judith Huth to the […]

Cosby strikes back at accuser!

Embattled comedian Bill Cosby was hit with a lawsuit earlier this week by another alleged victim of sexual assault. Judith Huth claims that in 1974, at the age of 15, Cosby got her drunk and forced her to perform a sex act in a bedroom at the Playboy Mansion. Huth is asking for unspecified damages […]

Allegations of sexual assault keep piling up on Bill Cosby. The newest attack on his iconic status comes in a lawsuit filed by Judy Huth who is alleging that she was sexually assaulted in the 1970s when she was a teenager. Huth claims that Cosby made moves on her at the Playboy Mansion during the […]

Chris Brown parties with the Playmates at the Playboy Mansion