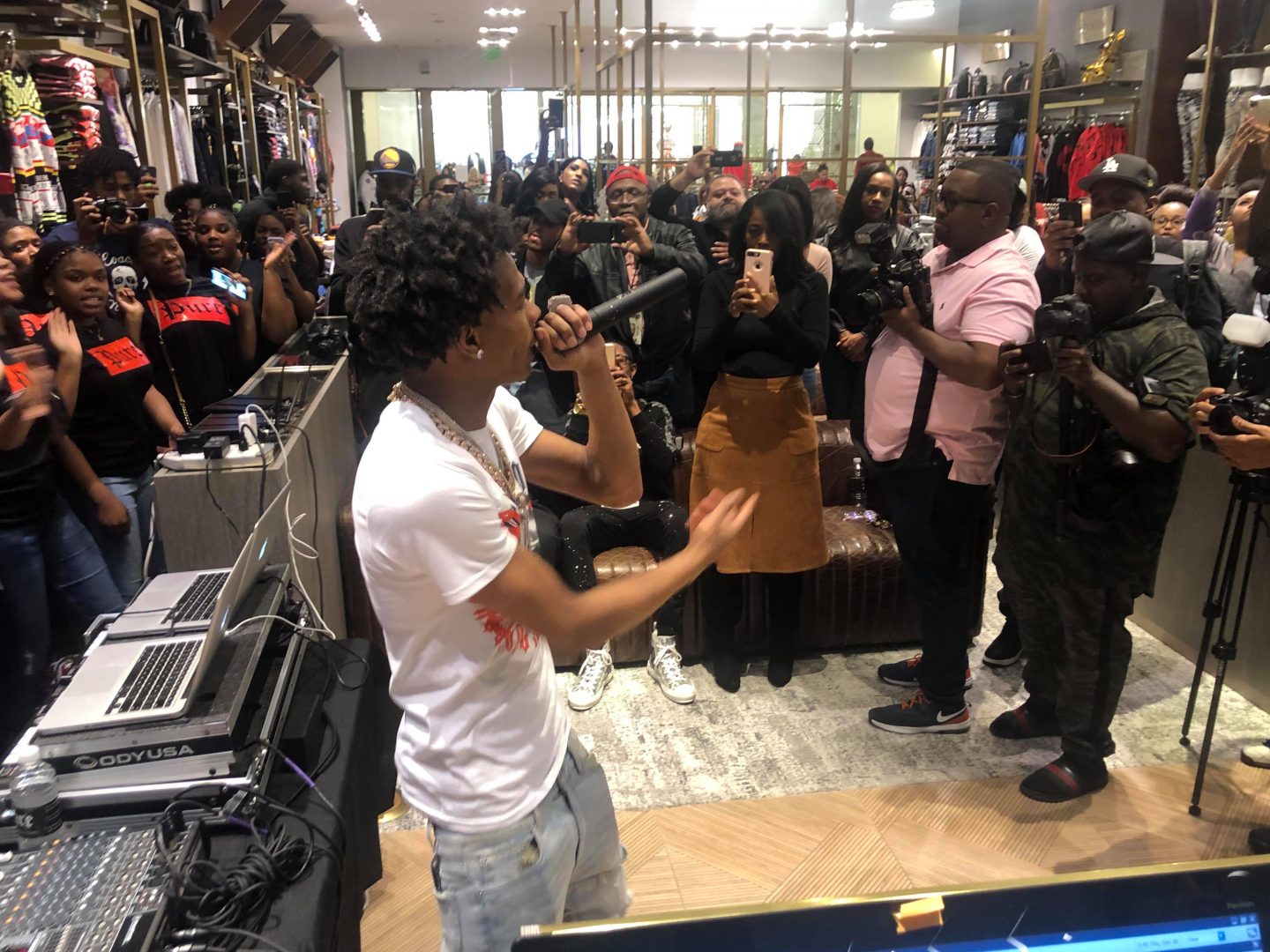 Rapper Lil Baby, born Dominique Jones, has enjoyed a successful 2019 with several hit records, but he ended the year on an even higher note premiering his new clothing line titled 4PF. The launch on Dec. 26 was the result of a collaboration with urban clothier PURE Atlanta located in Atlanta’s popular Lenox Square mall. […]

COOGI celebrates the legacy of Biggie with relaunch at PURE Atlanta COOGI brand partnered with PURE Atlanta and One Grand Gallery for Ready 2 Die, a tribute to the legacy of the Notorious BIG and the relaunch of COOGI on Thursday, Oct 22. Lizzie PURE, owner of PURE Atlanta, said the collaboration was perfect for the store because of its longtime affiliation with hip-hop. “I’m a […]

Every cutie with a booty can buy a COOGI The name COOGI is synonymous with hip-hop and equally connected to the legacy of Biggie Smalls. The brand became a full-fledged part of hip-hop via Biggie’s lyrics such as “However living better now, COOGI sweater now” on Notorious B.I.G.’s “Big Poppa” and  “However I stay COOGI down to the socks” from the hot “One More Chance” remix. After […] ATLANTA – PURE Atlanta, one of Atlanta’s preferred men’s boutiques, will host COOGI’S Atlanta launch of Ready 2 Die on Thursday, Oct. 22 in their flagship store located in Lenox Square Mall. The event is a joint collaboration between COOGI, One Grand Gallery and PURE Atlanta. In addition to COOGI’S new fall line, One Grand […]

Rich Homie Quan recently debuted his new clothing line, Rich, at the Pure Atlanta boutique. He partnered with Young Jeezy’s clothing line, 8732, and rolling out was there to capture it all. Check out exclusive pics from the event, including a surprise performance from Young Thug.