The automotive industry will gather in Detroit from November 10, 2021, this year to convene the 22nd Rainbow PUSH Annual Global Automotive Summit at 9:00 am – 4:00 p.m. at the Motor City Casino Hotel and Convention Center, which is an initiative of the Citizenship Education Fund. This year’s Summit will attract over 400 automotive […] 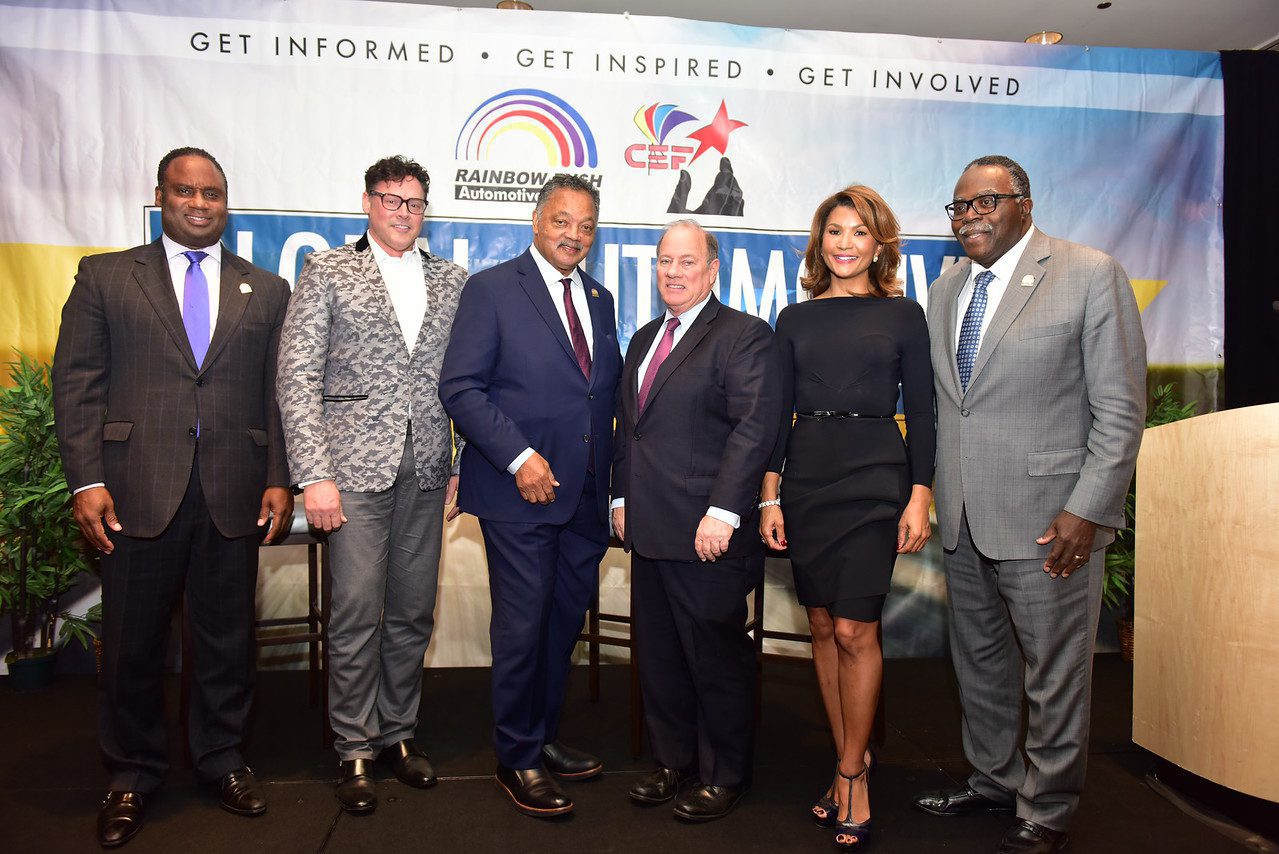 “Expanding the African American Opportunity Pipeline” was the theme for the Rainbow Push Coalition’s 20th anniversary of the Global Automotive Summit, held in Detroit at the Motor City Hotel and Conference Center Oct 31–Nov. 1. The summit has served as the platform for which discussions on diversity and inclusion have taken place since 1999. More […] 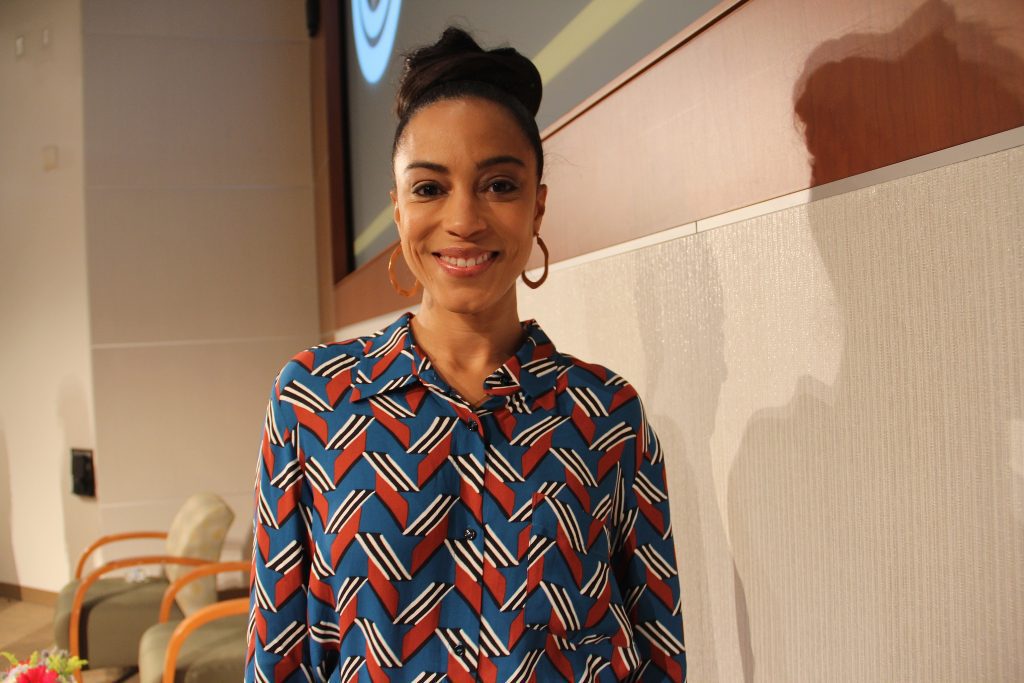 Attorney and the principal and CEO of D.C.-based political advocacy firm IMPACT Strategies, Angela Rye never misses an opportunity to make a statement — whether she rocks a black beret, Black Panther style, to speak at an event honoring Memphis’ 1968 sanitation strikers and calls out city officials for necessary unfinished business or bids adieu […]

During the 50th-anniversary commemoration of the death of Dr. Martin Luther King Jr., one of Dr. King’s lieutenant’s, the Rev. Jesse Jackson, inspired the crowd to remember, be resilient, and to remain hopeful. If you are a millennial and you struggle with your finances like many millennials do, then award-winning personal finance expert Dominique Broadway has the perfect advice. Broadway is currently touring the U.S. with Chevy and Rainbow Push and collectively, they are conducting free financial workshops. These one-day financial workshops, geared at youth and young adults […] The Rev. Jesse Jackson, civil rights icon and champion of human rights for all, has remained committed in his fight to end discrimination against Black people in the affluent tech stronghold known as Silicon Valley. Recently, the Silicon Valley tech summit stretched from the Hewlett-Packard headquarters in Palo Alto to downtown San Francisco at the […]

Financial lessons only rich people can teach you Financial illiteracy is expensive. In other words, the more you don’t know about money and credit, the more it will cost you down the line.

Rev. Jesse Jackson Sr. and other leaders speak about Laquan McDonald and next steps [jwplatform 8x5rh9dZ] Rev. Jesse Jackson Sr. held a press conference with community leaders at the Rainbow PUSH headquarters in Chicago to discuss next steps to take with the Laquan McDonald case. According to an Experian survey (July 2015), the average credit score of millennials is 625. Today, while most millennials were gearing up for Halloween parties, Rainbow PUSH was able to captivate hundreds of Atlanta youth to participate in a life-changing and -impacting free Money Matters series, sponsored by Chevrolet. As part of the 16th Annual […] It was an exciting day for 10 hopeful company founders who were given the opportunity to pitch their startup business to an esteemed panel of judges at the Morehouse College Ray Charles Performing Arts center. The winning company was Hipscience who presented their Mantis STEM (science, technology, engineering, math) platform. They have created a line of […] When it comes to investing in the youth of today, many companies talk a good game but Toyota is proving itself to be one of the few to follow through and actually put their money where their mouth is. The automobile giant recently teamed with Rainbow PUSH Excel to provide $75K scholarships to ten deserving engineering and […] [jwplatform mYj4lYOG] LOS ANGELES – The Rainbow PUSH Coalition partnered with Google to present the “Dream Makers, Risk Takers and Money Makers: Diversity and Inclusion in Tech Forum” at Google’s headquarters in Los Angeles. This forum is part of an ongoing program designed to identify ways to open access and create pathways for people of color […] The Rev. Jesse Jackson and his Rainbow Push Coalition served as the headliners for PUSH Tech 2020. The one-day conference took place in San Francisco and allowed aspiring entrepreneurs to share their ideas with tech executives and venture capitalists. There were also panel discussions on tech diversity and pitch sessions. The startup eHarvest Hub walked […] The Rainbow PUSH Coalition announced critical new steps forward in their ongoing campaign to diversify the technology industry on Monday, June 30 at the Rainbow PUSH Annual Conference in Chicago. Demonstrating the critical nexus of education, civil rights, and technology, Rainbow PUSH has teamed up with Google on a series of events throughout its 43rd […]

The weather was pretty decent in Chicago this past weekend. Unfortunately, warm weather tends to bring on more guns. Chance The Rapper wasn’t kidding with the line, “I pray to God for a little more spring” because the summer can be unsettling with murders. At least 29 people were shot in the windy city, including […]

Kennedy died, but the haters did not win

Fifty years ago, on a cold day in Dallas, Nov. 22, 1963, President Kennedy was assassinated. To my mind what is extraordinary about the Kennedy assassination is that the haters did not win. Instead, crucifixion led to resurrection. As a result, for decades, African American homes across the nation featured pictures of three people: Jesus […]

The Rainbow PUSH Coalition’s “Creating Opportunity Conference” in Atlanta was once again a powerful example of our community coming together to support and recognize the people and organizations that support us while educating and informing us of how we can continue to move our collective agenda forward. A theme throughout the conference was “Freedom is […]

Janice L. Mathis, Esq. is always on the front lines. The Southern Region Rainbow Push vice president recently called on Congress to pass a clean spending bill, meaning one not tied to the Affordable Care Act. “The Supreme Court is the highest court in the land. It has spoken,” Mathis said in October during a […]

Rev. Jesse Jackson and Rainbow PUSH Coaltition held its 14th annual Global Automotive Summit on Tuesday, Oct. 2, 2013, at MGM Grand Casino in Detroit. The event began with an automotive debate about increasing diversity in the automotive industry. Jackson moderated the debate between Toyota and General Motors. “The goal of PUSH is to secure […]