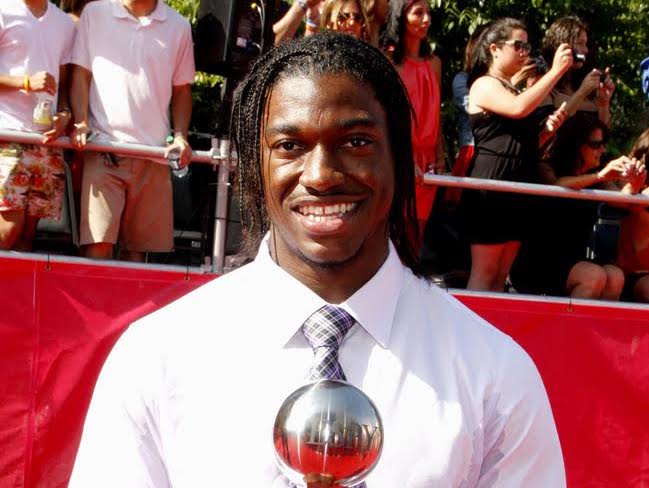 Ex-NFL quarterback Robert Griffin III has enraged former Washington players by enthusiastically announcing that he’s coming out with a tell-all book that details sexual harassment and other indignities with the Washington Football Team. “New book alert,” RG3 trumpeted to his Instagram followers. “It’s time for you to know the truth. Surviving Washington. A Player’s Missteps. […]

Former NFL quarterback Robert Griffin III promises to uncover the Washington Football Team’s many sins in his upcoming memoir. RG III posted a video on his Twitter platform where he excitedly vowed that the memoir, Surviving Washington, will be an “explosive tell-all from [the] former franchise savior” that will shed light on “one of the […] 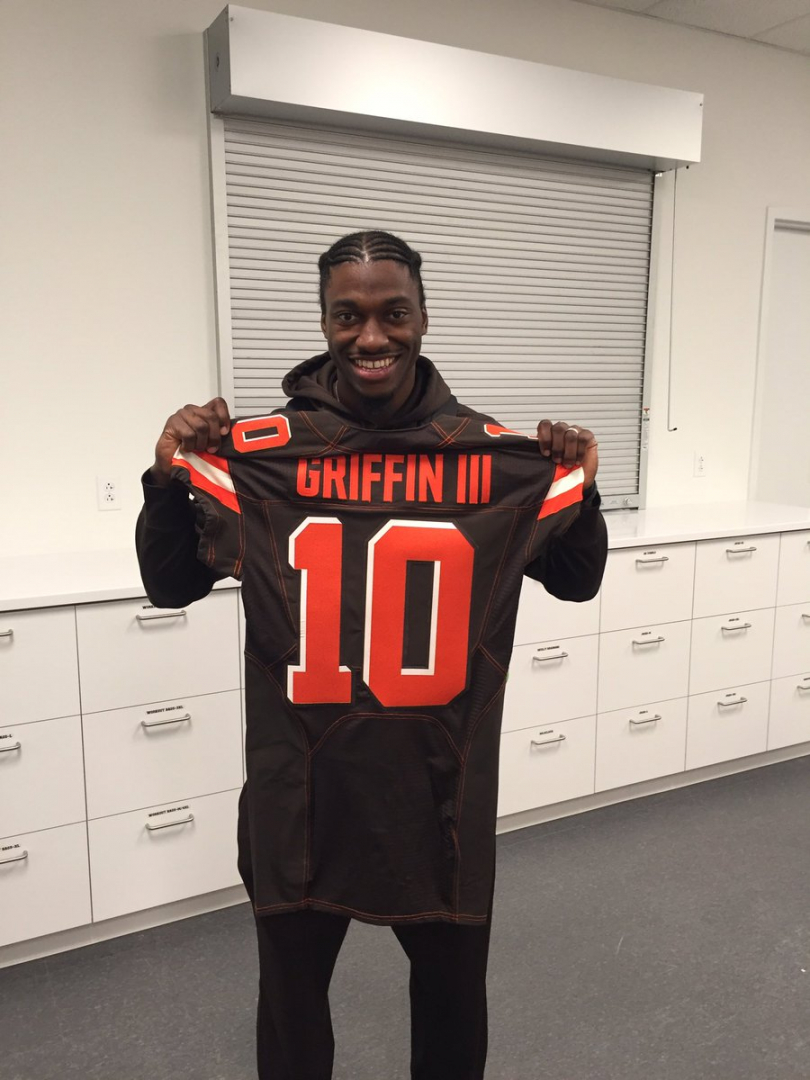 Once again, Robert Griffin III can’t catch a break in the NFL. The Cleveland Browns cut the 2012 NFC Offensive Rookie of the Year following a trade for quarterback Brock Osweiler. Griffin battled a shoulder injury in 2016 and only appeared in five games, throwing for two touchdowns and three interceptions for the year. “Fight […]

Apparently, Robert Griffin III has had enough blowback resulting from his horrid quarterback play and diva-like antics during a putrid 2013 season that saw the Washington Redskins finished in last place in their division. RG III came into the season under tremendous hype, scrutiny and fan expectations because of his sensational  2012 debut where he took […]

In what amounted to a mercy killing, the Washington Redskins’ pulled the plug on starting quarterback Robert Griffin III season when they finally benched him in favor of backup QB Kirk Cousins. Actually, RGIII’s season was on life support for the past six weeks with no chance of recovery, and many Redskin fans openly wondered […]

All eyes and ears were on Magic Johnson and his family earlier this year when his son, E.J. Johnson, catapulted into the limelight with the news that he’s gay and in a relationship. The world went on to watch E.J. stand proudly in his sexuality and Magic and Cookie Johnson stand even prouder behind their […]

Celebrities and the rest of sports fandom weighed in on an enthralling first weekend filled with rivalry match-ups right out of the gate — and plenty of trash talking from the players and fans alike. From the phenomenal performances from quarterback Colin Kaepernick of San Francisco and running back Reggie Bush of the Detroit Lions; […]

All year long, the world has been keeping a keen eye on the world of sports as the nation continues its watershed push toward sexual and gender equality in every aspect of society, from the law to entertainment and even the locker rooms. And though stigma and an anti-gay bias still looms over the world […]

Washington Redskins’ QB RGIII,  recently shelled out a cool $2.5 million for an 8,800-square-foot estate inside Creighton Farms and it couldn’t have happened at a better time. Reports that the young QB was forced to suddenly move out of his rental home in Leesburg, Va.,  because its owner, Microstrategy Inc. president Paul Zolfaghari, wanted to sell […]

Robert Griffin III (RG3) suffered a knee injury last year against the Seattle Seahawks in the playoffs. He had surgery Jan 9. The doctors were able to successfully reconstruct his knee. Rehab is going well and Griffin made it his goal to be ready for the season opener in September. So far, it is looking […]

Robert Griffin III and his longtime fiancee Rebecca Liddicoat have been found out. Known throughout the sports world as the electrifying gridiron great “RG3” or “RGIII,” The Washington Redskins quarterback is set to get married at the Bed, Bath, & Beyond in Washington DC on July 6, according to the Washington Post’s check of the […]

These players have the body and the moves to make you swoon.

As grads around the world brace for December commencement we salute these celebs who took their education a step further in 2012.

With the NFL’s first week officially in the record books, rolling out has put together the top 10 performances. It remains to be seen how these performances will translate throughout the next 16 weeks, but for now the expectations for each team will be sky-high until at least next week.

After years of trying, and failing, the Redskins might have finally landed a franchise quarterback. The Redskins hope Robert Griffin III can help rekindle the franchise’s past success. Team officials have targeted Griffin from the moment they completed their blockbuster trade with the St. Louis Rams in March to move up four spots in the first round, […]