Jay-Z shattered the glass ceiling on his business endeavors years ago and the sky was just the beginning. In Hov’s latest business endeavor, his Roc Nation Sports and the Gaming Community Network, part of the GameSquare Esports Inc., have partnered to create global gaming solutions for athletes. According to Ad Age, the multi-year partnership is […]

Jay-Z revealed one of the last things Kobe Bryant said to him. The 41-year-old basketball legend and his 13-year-old daughter Gianna were among those who perished when his private helicopter crashed last month, and the “Anything” hitmaker recalls seeing the star over the new year when Bryant urged him to go and see the aspiring […] 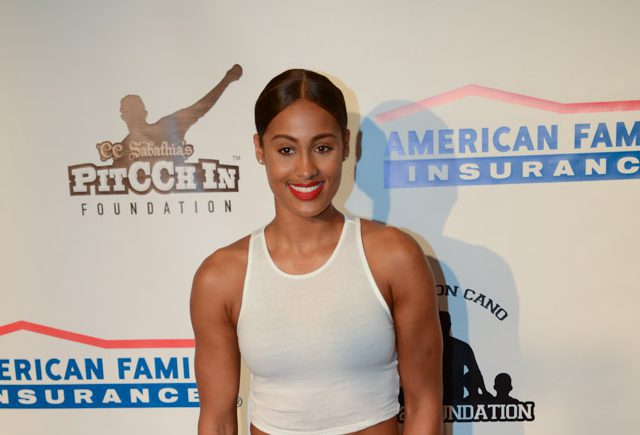 Everyone knows Skylar Diggins as a four-time All-American and three-time Final Four participant at Notre Dame and a WNBA All-Star with the Dallas Wings. But she is also someone who was raised to give back to the community. We spoke to the athlete about giving back, the Final Four, and more as she prepares to […] When Jay Z sold his minority stake in the Brooklyn Nets to launch Roc Nation Sports, there were many who said Hov wouldn’t be successful as the head of a sports agency. A little over two years later, Roc Nation Sports boasts a client list of 21, including 2014 NBA MVP Kevin Durant of the […] On the eve of Jay Z’s Roc Nation Sports hosting their inaugural Throne Boxing event at the Theater at Madison Square Garden, to be shown exclusively on Fox Sports 1, rolling out caught up with hip-hop artist and Roc Nation client Fabolous, who will perform during the event, and DJ Mustard, who will be spinning […]

Looks like Jay Z means business with his Roc Nation sports agency. A little over a month after throwing his hat into the world of professional boxing, the Brooklyn, New York, emcee and mogul now has his sights set on tennis. Yahoo Sports is reporting Hov’s team is attempting to woo 16-year-old prodigy Francis Tiafoe […]

Skylar Diggins is arguably the most popular player in the WNBA. Lil Wayne, Drake and others admit publicly to being infatuated by her beauty. And with her signing to Roc Nation Sports, the company founded by Jay Z, and her appearance at the ESPYs and in the Sports Illustrated Swimsuit Issue, Diggins garners quite a […]

Jay Z just might be serious about conquering the sports world after all. In his latest power move, the Brooklyn emcee and his Roc Nation Sports agency recently acquired a license to promote pro boxing matches in addition to having the ability to sign and represent boxers. According to Michael Yormark, president of Roc Nation […]

Is Jay Z being underhanded in his Roc Nation Sports dealings?

“Scott Boras you over baby!/ Robinson Cano you coming with me/ These (present day agent) n—as is like rotary phones/ It’s a new day, hit up KD!” That lyric from Jay Z’s “Crown” may put into perspective why his fellow sports agents seem to be so mad at him. Forbes magazine published an excerpt of a recent […]

Looks like powerhouse New Orleans based label Cash Money will be the latest music label to began an offshoot sports agency. In what looks to be a similar set up as Jay Z’s Roc Nation Sports, Cash Money has reportedly trademarked the name Visionaire Sports Group and plans to open shop sometime in 2014. To […]

Jay Z is under investigation for giving a pricey gift to New York Yankees infielder Robinson Cano.  The gift in question is a $34,000 watch from Jay’s limited edition Shawn Carter Classic Fusion Hublot that was given to Cano last month for his 31st birthday. In the spring of 2103, Jay Z launched Roc Nation […]

Jay-Z will be leaving Brooklyn soon. Several days after announcing a new music deal with Universal, Jay-Z has decided to step away from the Brooklyn Nets. Jay-Z will sell his percentage of the Nets to become a sports agent. Although he only owned about 1 percent of the team, he was positioned as a key […]