Stop bashing Chilli for being inclusive; read her response to the backlash 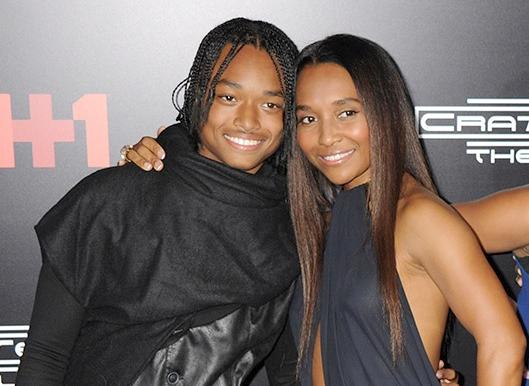 Chilli proclaimed “All lives matter” during an interview with the U.K.’s Channel 4 News and she is paying a price for it. She is being blasted on Twitter. “For me, all lives matter, because there’s a time when different groups are targeted for different things,” she explained. “Even with the police brutality against these young Black boys […]

Do we have a truce between the warring factions, Ashley Reid and TLC’s Chilli? Well, not exactly. Ashley Reid, the daughter of former multiplatinum singer and TLC manager, Perri “Pebbles” Reid, attempted to clarify — or backtrack, depending on your perspective — her previous inflammatory and shocking statements about being anxious to catch TLC’s Chilli […]

Rozonda “Chilli” Thomas came back with both barrels blazing as it pertains to Pebbles’ daughter Ashley Reid and her threats to beat Chilli’s face “into the concrete.” There were claims that the TLC member had sex with her father, L.A. Reid, when he was still married to Pebbles back in the 1990s during TLC’s apex. […]

Pebbles’ daughter says Chilli slept with L.A. Reid; wants to beat her ‘into the concrete’

Pebbles daughter, Ashley Reid, had apparently not satiated her thirst for vengeance last week when she fired verbal shots on Twitter at TLC member Chilli regarding the highly inflammatory VH1 biopic “CrazySexyCool” that broke the station’s ratings records. Reid reloaded and fired another full clip at TLC — this time during the “Reid All About […]

Chilli starts online petition to stop cyberbullying of her son

Rozonda “Chilli” Thomas may be small, but she’s not scared. Pebbles realized this when Thomas helped produced the record-breaking VH1 biopic “CrazySexyCool” a couple of weeks ago. Now MediaTakeout is also on notice after being on the receiving end of the TLC veteran’s wrath after the entertainment blog mocked her 16-year-old son because of his […]

The much-anticipated and controversial “CrazySexyCool: The TLC Story,” which detailed the meteoric rise of the bestselling girl group of all time, became the highest-rated original movie in VH1 history. However, the portrayal of former multiplatinum singer Perri “Pebbles” Reid, who managed TLC in the early 90’s and helped steer them towards their record-breaking success, is […]

Celebs came out to support the “CrazySexyCool: The TLC Story” Atlanta viewing party. Check out who attended and the fashions they chose to wear. –joi pearson @joiapearson Photos by Chris Mitchell – CME 3000

ATLANTA — The capacity crowd at Suite Lounge was amped up throughout the highly anticipated viewing party for the VH1 original movie “CrazySexyCool: The TLC Story.” The TLC name lit up like Christmas lights on social media when the story of Rozonda “Chilli” Thomas, Tionne “T-Boz” Watkins and the late Lisa “Left-Eye” Lopes beamed through […]

Pebbles slams TLC over ‘slander,’ promises to take action against them

Pebbles was buried under an avalanche of social media fan rage during, and in the immediate hours following, the airing of the VH1 original movie “CrazySexyCool: The TLC Story,” which painted her as a ruthless, money-grubbing parasite who plundered the treasure chest of riches from the record-breaking girl group TLC during the early and mid-1990s. […]

Where Are They Now? ’90s R&B Girl Groups

Where Are They Now? ’90s R&B Girl Groups The ’90s were a great era for women in music. See what your favorite soulful singers have been up to since they were at the top of the charts.

Rolling out and CVS/pharmacy partnered to host the inaugural 2012 Mirror Mirror Beauty Awards in Atlanta to highlight 20 of the most prominent and recognized style makers in the beauty and entertainment industries. Honoree Rozonda “Chilli” Thomas is 1/3 of über-girl group TLC, a mother, TV personality and an entrepreneur. Following two seasons of “What […]