Bare butt, racist Georgia lawmaker out of a job may need Obamacare 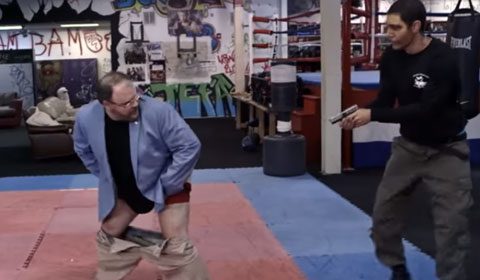 The state of Georgia has one less fat ass racist in the state legislature, as State Rep. Jason Spencer had the good sense to resign from office. As previously reported by rolling out, Spencer was duped on the Showtime series “What is America?” by the host, notorious comedian Sacha Baron Cohen, into literally showing his […]

A serving member of the Georgia State Legislature is facing criticism and calls for his resignation after an appearance on TV. Rep. Jason Spencer appeared in the controversial and hilarious “Who Is America?” hosted by comedian Sacha Baron Cohen. The comedian is well-known after his blockbuster movie Borat, in which he pretended to be a foreign […]

Pastor Marvin Winans Robbed and Carjacked. Pastor Marvin Winans, the minister who eulogized Whitney Houston, was carjacked and assaulted by unidentified black men while pumping gas in Detroit. According to police reports, Winans declined medical treatment. The May 16, 2012, report reads: This afternoon, around 3:20 p.m., at Linwood and W. Davidson, the male victim, […]