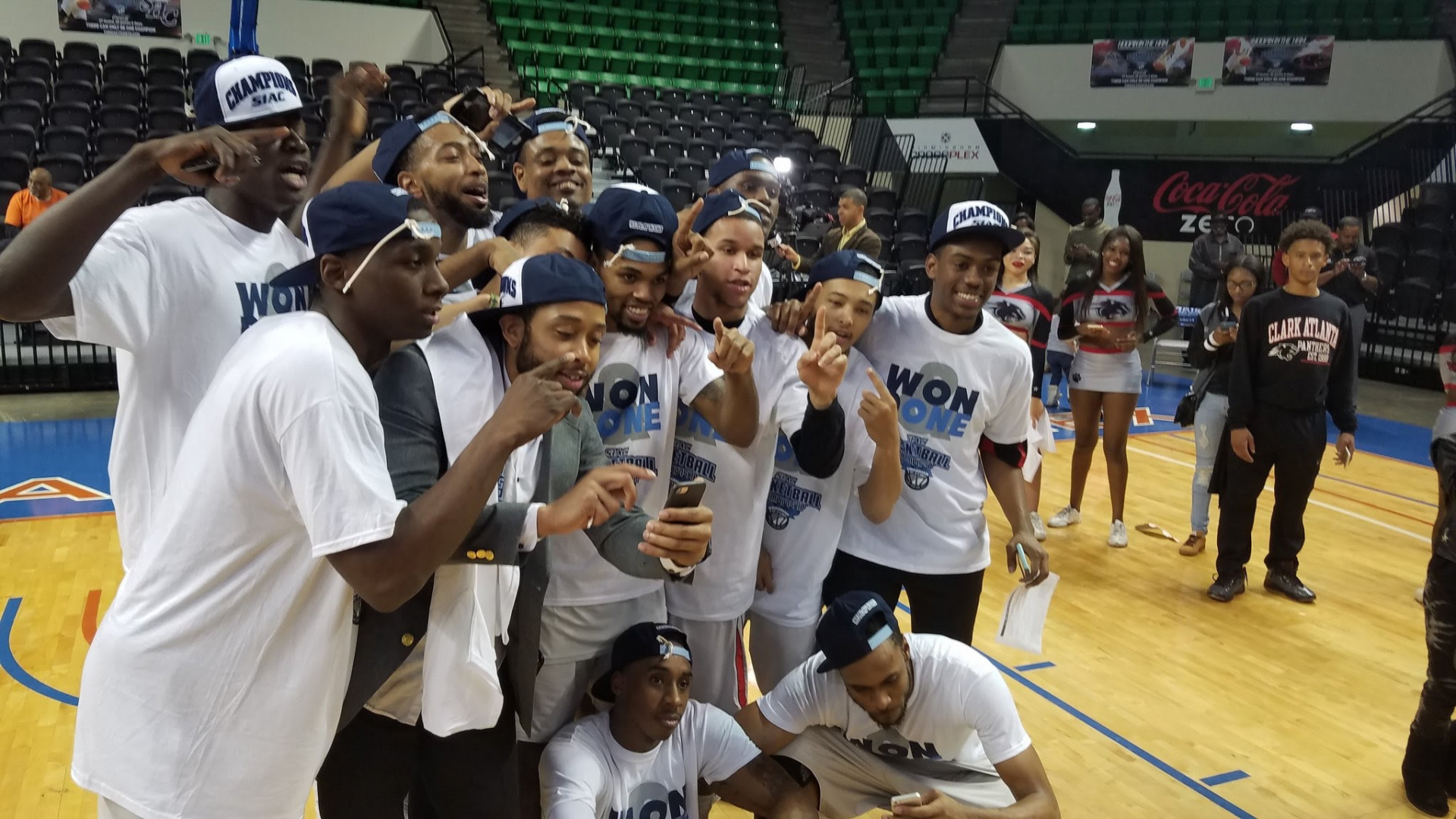 Coming off an intense semifinal victory over rival Morehouse Tigers, the Clark Atlanta University men’s basketball team pulled off an impressive championship win against Fort Valley State on Saturday March 5. As the competitive battle came to a close, the Panthers earned a fifth SIAC title in their 16th finals appearance. The game came down to […]

Gregory Moore of the Southern Intercollegiate Athletic Conference recently discussed the Home Depot “Retool Your School” initiative with rolling out. The Retool Your School program through Home Depot gives HBCUs the opportunity to submit renovation proposals that are then judged by a panel. The awarded schools are given the resources to renovate a particular area of their […]

Southern Intercollegiate Athletic Conference Commissioner Greg Moore celebrated the 100th year of the conference’s existence with style: with a stadium full of delirious football fans, multiple NFL legends at his flank, Atlanta Mayor Kasim Reed throwing out the ceremonious coin toss, and, most of all, a titillating, down-to-the wire championship game at the Lakewood Stadium where […]

On Nov. 16, Atlanta played host to the SIAC Centennial Championship as Miles College and Albany State rolled into town to face each other for the conference title. The newly remodeled Lakewood Stadium was the site for Saturday night’s action and many attended including Atlanta’s Mayor Kasim Reed who conducted the official coin flip. Albany […]

Albany State avenged its earlier season loss to Miles College, but did so on the biggest possible stage — the Southeastern Intercollegiate Athletic Conference championship game in Atlanta. The Golden Rams (5-5) won on 4-yard touchdown run by junior speedster Adrian Alexander (Southwest Macon) midway through the fourth quarter and hung on to defeat the […]

Gregory Moore, commissioner, Southern Intercollegiate Athletic Conference (SIAC) is a former athlete, sports attorney, author, and minor league sports executive. This introduction is a mouthful. It highlights the exact level of experience that an organization like the SIAC needs to advance and strengthen their strategic objectives.  The objectives are to increase enrollment and member school visibility, […]